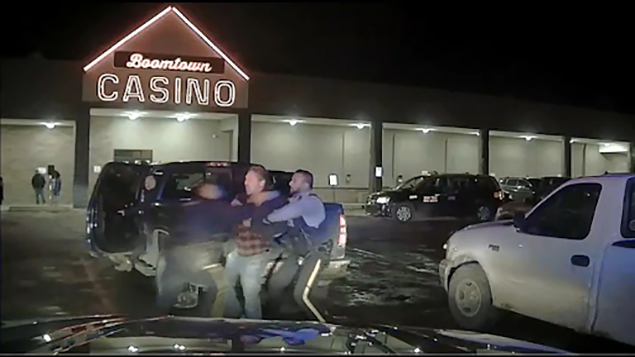 RCMP dashcam footage of the March arrest of Athabasca Chipewyan First Nation Chief Allan Adam shows an arriving officer jump-tackling the chief to the ground without warning, punching him in the head and putting him in a chokehold. (Court exhibit)

As Canada’s prime minister and the head of the country’s national police force publicly debate whether or not “systemic racism” exists in the RCMP, a video of an early-morning parking lot confrontation between a First Nations chief and RCMP officers outside outside a local casino in the northern Alberta city of Fort McMurray became public on Thursday.

At a press conference last Saturday, Athabasca Chipewyan First Nation Chief Allan Adam said he was assaulted by RCMP officers when he, his wife, Freda Courtoreille, and their niece were leaving a local casino in downtown Fort McMurray around 2 a.m. on March 10 after police stopped him for an expired licence plate. 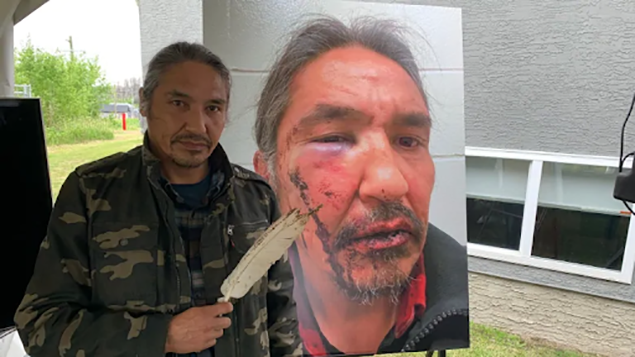 Nearly 12 minutes of RCMP dashcam footage obtained by CBC News of the confrontation and Chief Adam’s arrest shows an officer jump-tackling the chief to the ground without warning, punching him in the head and putting him in a chokehold.

CBC News obtained the footage after Chief’s Adam’s lawyer, Brian Beresh, entered the video into the public court file Thursday as part of a motion seeking to have charges against the chief stayed.

The CBC’s Charles Rusnell and Jennie Russell report that the RCMP had rejected Beresh’s call to publicly release it, saying they could not do so because it is evidence in the criminal case against Chief Adam, who declined an interview request on Thursday.

Meanwhile, Beresh told CBC News there was no way senior RCMP officers, after viewing the dashcam video, should have concluded the officers’ actions were appropriate. 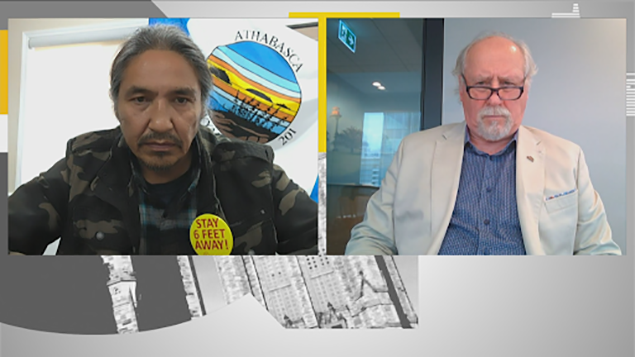 Chief Adam declined to be interviewed Thursday while his lawyer, Brian Beresh, minced no words about what took place in Fort McMurray in March. (CBC News)

“This was a false arrest; there was no basis for it, and it was excessive force used,” Beresh said.

“We reject that totally. We will let the public look at the video and make a determination.”

Beresh told CBC News he thought Chief Adam’s behaviour leading up to the arrest was “a reaction to the systemic racism that his people have suffered for a long time, and that is a part of what agitated him.

“He, as the leader, feels that he has to stand up and make the statement,” Beresh said. 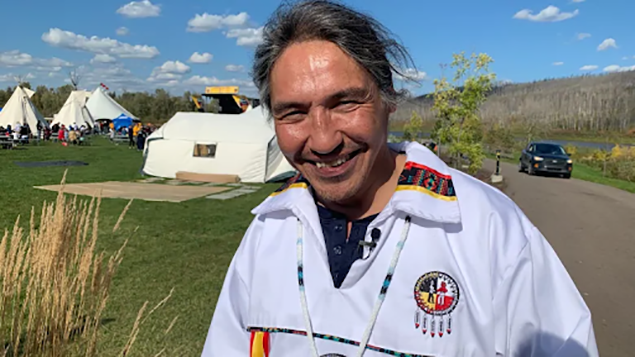 Allan Adam is pictured last October after he was re-elected as the chief of Athabasca Chipewyan First Nation. (Jamie Malbeuf/CBC)

“If you’re bothering me as the leader, what is happening to those people that have no voice?”

At his press conference last weekend, Chief Adam provided pictures (see above) that have shocked Canadians across the country, including Prime Minister Justin Trudeau, and have helped spark anti-racist rallies and inreasingly-heated debate about the nature of racism in Canada.

The Alberta Serious Incident Response Team, an independent body which investigates deaths or injuries involving police, is investigating the incident.