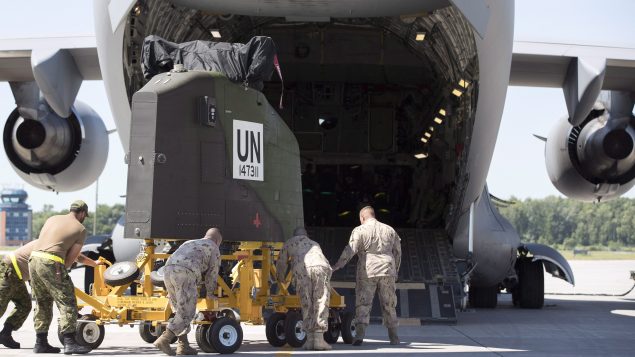 The Canadian military will provide airlift support for the United Nations’ food and health agencies to transport urgently needed medical and humanitarian supplies to pandemic hotspots around the world, Canadian officials announced Monday.

The Canadian Armed Forces will use their strategic and tactical airlift capability to transport these supplies to and from distribution hubs in Africa, Europe and the Middle East on behalf of the World Food Programme and the World Health Organization, according to a joint statement by Canada’s ministers of foreign affairs, international development and defence.

Patricia Skinner, a spokesperson for Global Affairs Canada, told Radio Canada International that Canadian officials were contacted in early May by the UN Office for the Coordination of Humanitarian Affairs (OCHA) with a request for military and civil defence assets for the global humanitarian response to the COVID-19 pandemic.

The request on behalf of international humanitarian agencies was issued for strategic airlift for cargo transport of essential humanitarian and medical supplies, as well as aeromedical MEDEVAC capability, Skinner said.

“As long as the COVID-19 pandemic persists in some pockets of the world, no country is safe,” Foreign Affairs Minister François-Philippe Champagne said in a statement.

“That is why international coordination and assistance, financial and otherwise, is crucial to the response to the virus. By deploying these aircraft, Canada will enable our partners to carry out their life-saving work.” 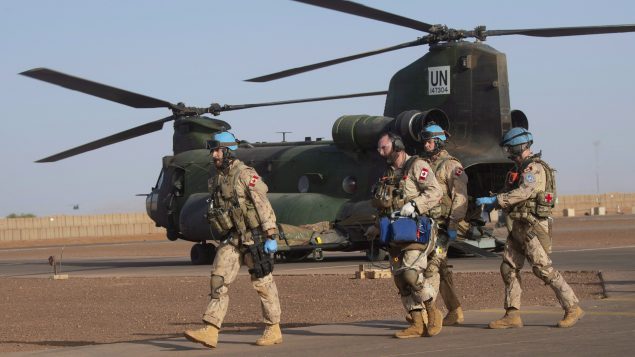 Canadian medical personnel move a patient from a Chinook helicopter to a waiting ambulance during a demonstration on the United Nations base in Gao, Mali, Saturday, Dec. 22, 2018. (Adrian Wyld/THE CANADIAN PRESS)

The Canadian military operates a fleet of C-17 Globemaster strategic airlift and C-130 Hercules tactical airlift aircraft, as well as CH-47 Chinook heavy lift helicopters some of which have been equipped for aeromedical MEDEVAC capability and were deployed as part of the Canadian peacekeeping mission in Mali from 2018 to 2019.

It’s not clear at this point where and when the Canadian military will deploy its aircraft.

Since the request for airlift was made by OCHA, Canada has been in regular discussions with UN partners and allies to clarify requirements and identify how best Canada can help, Skinner said.

“The request continues to be adjusted and updated to reflect the complexity of the response and evolving needs,” Skinner said in an email.

Globally, measures intended to limit the spread of COVID-19 as well as availability of supplies further complicate the execution and planning of humanitarian operations, she added.

“Given rapidly evolving needs and cargo transport requirements, the approach to Canada’s contribution as well as specific timelines will remain dynamic,” Skinner said.