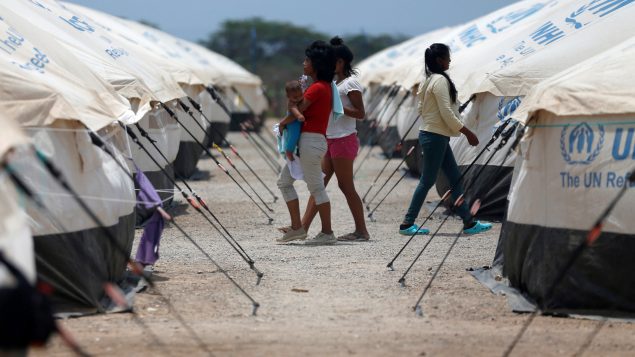 Venezuelan migrant women walk through a camp run by the UN refugee agency UNHCR in Maicao, Colombia May 7, 2019. Picture taken May 7, 2019. (Luisa Gonzalez/REUTERS)

A record 79.5 million people were displaced by conflict in 2019, UNHCR, the UN Refugee agency reported Thursday as it appealed to countries worldwide to do more to care for those who had to flee their homes.

UNHCR’s Global Trends report, released ahead of World Refugee Day on June 20, showed that forced displacement is now affecting more than one per cent of humanity – 1 in every 97 people – and with fewer and fewer of those who flee being able to return home.

“This report shows us that we have reached unfortunately a new record high, a milestone we hoped never to reach but it is the single most dramatic increase we’ve seen from one year to the next and it is the highest number of people displaced globally since we started collecting these figures many years ago,” said Rema Jamous Imseis, the UNHCR Representative in Canada.

Listen to the interview with Rema Jamous Imseis

Of the 79.5 million who were displaced at the end of last year, 45.7 million were people who had fled to other areas of their own countries, the report said.

The rest were people displaced elsewhere, 4.2 million of them being people awaiting the outcome of asylum requests, while 29.6 million were refugees and others forcibly displaced outside their country, the report said.

An estimated 30 – 34 million of the forcibly displaced persons were children below 18 years of age, the report said. 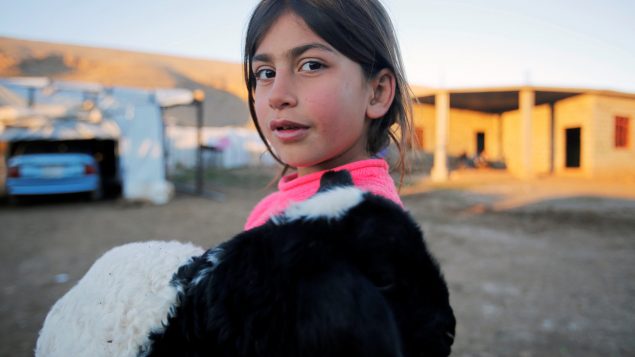 The overwhelming majority of people who are displaced in the world are either displaced within their own country or they cross a nearby border and remain in a neighbouring country, Jamous Imseis said.

The annual increase, from a figure of 70.8 million at the end of 2018, was driven by growing displacement in Democratic Republic of the Congo, the Sahel, Yemen and Syria, but also the ongoing crisis in Venezuela, Jamous Imseis said.

“Venezuela unfortunately is now following in the footsteps of Syria in terms of the number of displaced people rising dramatically, we’re almost at the five million mark, but again they are staying close to home in neighbouring countries, the majority in Colombia,” she said.

Developing countries hosted 85 per cent of the world’s refugees and Venezuelans displaced abroad, the report said.

Turkey hosted the largest number of refugees worldwide, with 3.6 million people. Colombia was
second with 1.8 million, including Venezuelans displaced abroad.

The COVID-19 pandemic is adding another level of complexity to the international community’s response to the displacement crisis, Jamous Imseis said.

“What we’re seeing play out today is that large numbers of displaced people, who are already wrestling with the challenges coming with being displaced are now having to contend with COVID,” Jamous Imseis said.

The report singles out Canada as being a global leader in terms of refugee response and support, she said.

“For the second year running, Canada is now the number one resettlement country globally,” Jamous Imseis said. “And in fact early on in the pandemic they came out as a strong supporter and answered the UN call for additional contributions to help respond to COVID and prepare for what may come.”