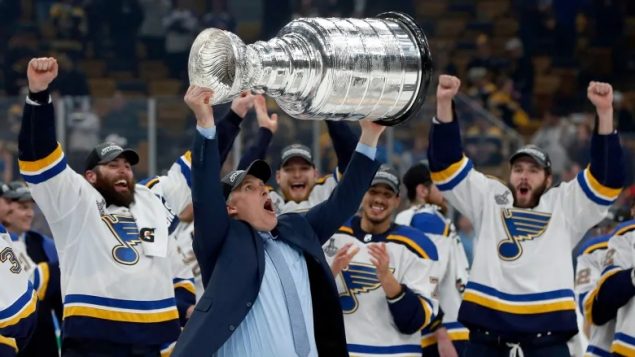 St. Louis Blues head coach Craig Berube carries the Stanley Cup after his team defeated the Boston Bruins in Game 7 of the NHL Stanley Cup Final last June. It is appearing more and more likely that this year's Cup will be won on Canadian ice. (THE ASSOCIATED PRESS/Michael Dwyer)

No Canadian-based team has won the Stanley Cup since the Montreal Canadiens did it in 1993, but it appears more and more likely that–at the very least–this year’s Cup will be won on Canadian ice.

If everything breaks right–and there are no guarantees in the time of COVID-19–the winner will be decided in early October following a special playoff format that is tentatively scheduled to begin later this month.

Multiple media outlets in Canada and the U.S. are reporting that Toronto and Edmonton will serve as the so-called hub cities for the 24-team tournament.

Under the special two-city format, the top four teams in each conference by points percentage at the time when the season shut down in March will play each other to determine playoff seeding. 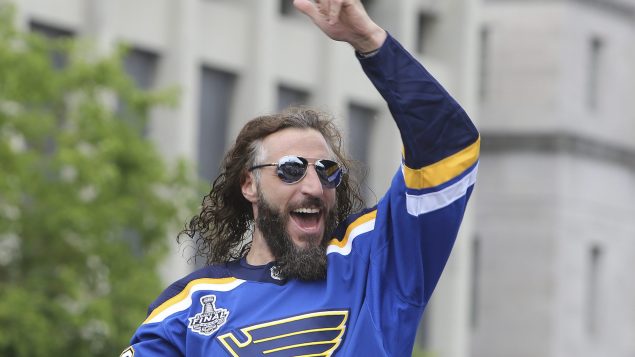 Meanwhile, seeds five through 12 will play in best-of-five series to determine the other four playoff teams in each conference.

The NHL had hoped to restart its season with 12 teams competing in a hub city on each side of the border–with Vancouver and Las Vegas the favourites to host the return-to-play.

However, the recent spike in COVID-19 cases in the U.S. and concerns raised by health officials in British Columbia made the plan untenable.

According to the reports of the plan, tightly controlled bubbles will be created in the hub cities with teams restricted to bringing 50 personnel apiece to campuses at Toronto’s Canadian National Exhibition grounds and the Ice District in Edmonton.

All members of the travelling parties will face rigorous testing and limited movement.

No fans will be in the arenas during games. 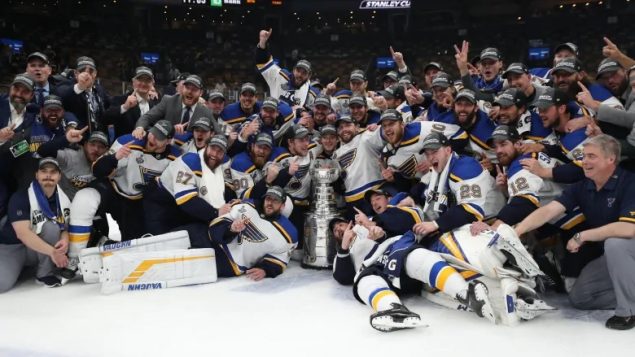 The NHL is now in Phase 2 of its four-phase return-to-play plan.

Small small groups of players are currently allowed to practice together at team facilities under strict COVID-19 testing and monitoring.

Phase 3 is scheduled to begin July 10 and would include full training camps.

Phase 4 includes the resumption of games in the hub cities.

On Monday, the NHL said 15 players had tested positive for COVID-19 at team facilities out of more than 250 players who have been tested over 1,450 times.

An additional 11 players tested positive outside of the NHL’s Phase 2 testing in that time.

No date has yet been set for the tournament, nor any schedule released.

The return-to-play plan remains contingent on approval by the NHL and the players association, the NHLPA, on a Collective Bargaining Agreement extension.

With files from CBC News, The Canadian Press, The Associated Press, Reuters