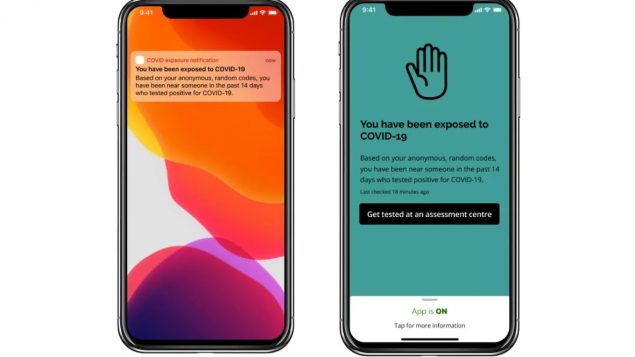 App users were supposed to see a notifications like this today if they were exposed to COVID-19. It will take a little more time before they do. (Province of Ontario)

Launch of much-awaited COVID app is delayed in Ontario

The rollout of a new mobile app designed to help with contact tracing of COVID-19 cases in Ontario has been delayed.

The launch of the app, called COVID Alert, was scheduled for today.

A spokeswoman for the Ontario Ministry of Health said the province is still working with the federal government and the app is expected to be put into service “soon.”

She provided no specifics on the reason for the delay.

Ontario was to be the first to use the app that Prime Minister Justin Trudeau said last month he expected to be ready for downloading in the rest of the country later this summer.

“It will be up to individual Canadians to decide whether to download the app or not, but the app will be most effective when as many people as possible have it,” Trudeau said.

“There are over 30 million smartphones that could take this app in Canada, so we can talk about a significant portion of the Canadian population that could be protected by this app,” he said. 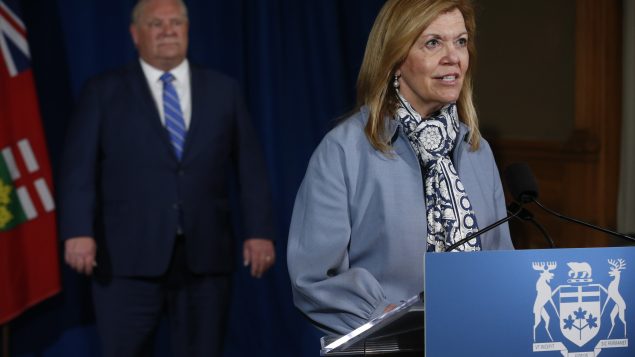 Ontario Premier Doug Ford looks on as Ontario Health Minister Christine Elliott speaks about the COVID Alert application – during the daily briefing at Queen’s Park in Toronto on June 18. The app was supposed to launch today. It was delayed. (THE CANADIAN PRESS/Jack Boland-POOL)

Ontario Premier Doug Ford has touted the app as a way to enhance the province’s contact tracing strategy and that it could play a key role in helping contain the spread of COVID-19 as more businesses reopen their doors.

The federally-endorsed app was built using open-source code by the Canadian Digital Service and the Ontario Digital Service in conjunction with a volunteer team from Ottawa-based Shopify.

A volunteer team at BlackBerry participated in a security audit..

The app–designed to supplement contact efforts already in place by public health authorities–uses randomly generated, anonymous codes and Bluetooth signals between smartphones that also have the app downloaded to keep track of the proximity and duration of a certain contact.

A user will receive a notification on their smartphone screen if they have had prolonged, close contact with someone who has tested positive for COVID-19 and also uses the app.

It then provides public health advice and what steps anyone who has been exposed can take.

COVID Alert neither stores nor shares any personal or medical information or GPS-location data.

When it is ready, the app will be available for download on a volunteer basis.

Similar technology is already available in Germany and Japan.