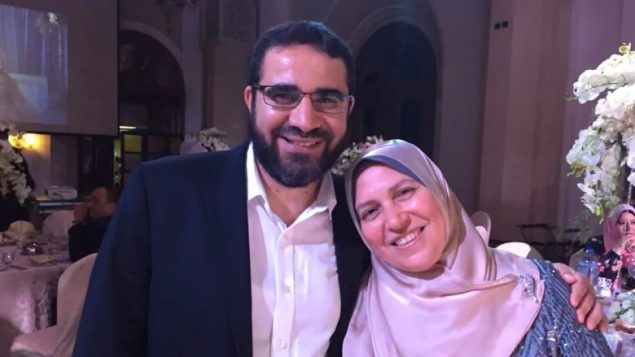 Yasser Ahmed Albaz, a Canadian engineer arrested in Egypt at the end of a business trip in February of last year, is safely back in Canada–ending a family nightmare that began when he was detained at Cairo airport on his way home to Oakville, Ontario.

Awaiting his arrival, his family lost all contact with him for days as he was questioned by Egyptian police at the State Security Prosecutor’s office.

He was then transferred to Torah Prison, a place known for human rights abuses.

Albaz, a dual citizen of Canada and Egypt who was travelling on his Canadian passport at the time, spent nearly 500 days in custody.

He was never charged and Egyptian authorities never explained why he was arrested.

Meanwhile in Ottawa, the Egyptian embassy initially said they knew nothing about his case.

On Thursday at Toronto’s Pearson International Airport, Albaz, who is 52, was reunited with his wife, Safaa Elashmawy, and his daughter, Amal Ahmed Albaz.

His daughter has previously told The Canadian Press that her father, who immigrated to Canada more than 20 years ago, is not politically active and has not been “outspoken against the Egyptian government in any way. He was purely on a business trip.” 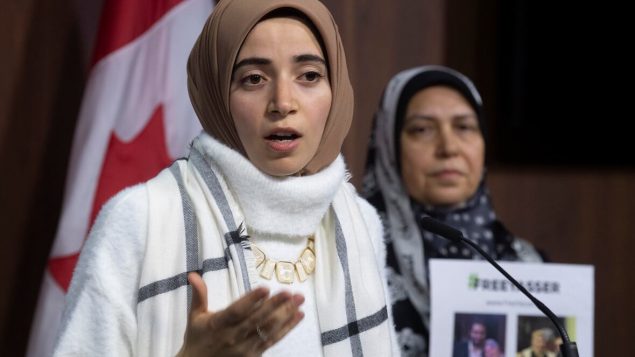 Safaa Eleshmawy (right), the wife of Yasser Ahmed Albaz, looks on as the couple’s daughter, Amal Ahmed Albaz, holds up a petition for his release during a news conference last December in Ottawa. (THE CANADIAN PRESS/Adrian Wyld)

She has also said Canadian diplomats had been barred from visiting him in prison since March because of the outbreak of the novel coronavirus, something his family feared Albaz had contracted.

Following his arrest, his family fought relentlessly to bring attention to the case–mounting a letter-writing campaign aimed at putting pressure on Prime Minister Justin Trudeau and his government to bring Albaz home.

Trudeau said in February he had raised the case of Albaz during a meeting in Addis Ababa with Egyptian President Abdel Fattah el-Sisi.

Asked about the call the next day, Trudeau said he and el-Sisi “spoke directly about the case of Mr. Albaz.”

“We are working very closely with Egyptian authorities on this case and will continue to monitor it very very closely, hearing very clearly the voices of family members and concerned Canadians about Mr. Albaz’s situation,” Trudeau said.

“We are forever grateful for each and every person who supported our family,” she said.

Global Affairs Canada said it was pleased Albaz has been reunited with his family but added that no further information could be released due to privacy law.

A friend of the family, Ahmad Attia, told the Canadian Press that Albaz is now in self-isolation at home and it is not clear what treatment he might need.

“It is really too early to tell until physicians see him,” Attia said.