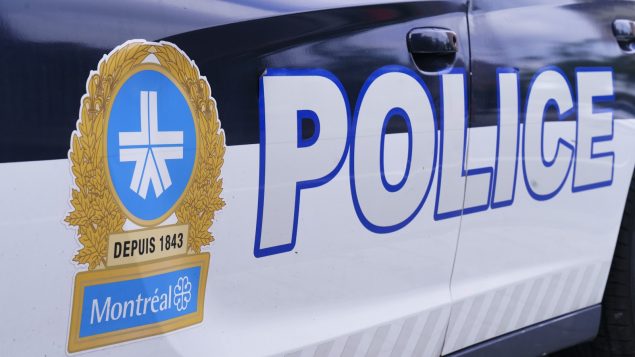 The Montreal Police logo is seen on a police car in Montreal on Wednesday, July 8, 2020. A coalition of over 20 community groups in Montreal have released 10 demands to defund the budget of Montreal’s police force. (The Canadian Press/Paul Chiasson)

A coalition of over 20 community groups in Montreal have released an outline of 10 demands to slice the budget of Montreal’s police force in half and reinvest that money into community programs, during a news conference yesterday.

The Defund the Police Coalition other demands includes to disarming and demilitarizing the Service de Police de la Ville de Montréal (SPVM), as well as decriminalize all drugs, sex work and HIV status.

The coalition wants the funds deducted from the SPVM’s budget to be redirected into programs created and run by communities to prevent harm including harms related to violence, mental illness and drug use.

“Defunding is not just about taking money away from the police, it’s about reinvesting into Black and Indigenous communities. Communities that have been deeply divested from and that suffer daily from police violence and criminalization,” Marlihan Lopez of Black Lives Matter Montreal said at a news conference on Tuesday. “It’s about choosing an economy of care over an economy of punishment.”

According to the city of Montreal, the SPVM had an operating budget of about $662 million in 2019.

The coalition also advocates for an investment in Indigenous models of justice and empower Indigenous communities to address all harms committed by Indigenous people, and to empower other oppressed communities, especially Black communities, to run similar approaches to justice.

“We must create structures and mechanisms that build resilient, safe, and compassionate communities,” a statement on Defund the Police Coalition’s website said. “It is our hope and mission that we may live in a society void of policing, one where neglected communities may thrive, and justice for all Montrealers is upheld.”

Last month, when Montreal Mayor Valerie Plante was asked about reforming the police, she said it was a “big, big conversation.”

Quebec has been called out for systemic racism in the past. Just last month, anti-racism demonstrations were held in Montreal, Quebec City, Sherbrooke, and Rimouski, to demand an end to police harrassment and discrimination.

In October of 2019, three independent researchers found systemic bias in street checks done by the SPVM and said that Indignenous and Black people were four to five times more likely to be stopped by police than white people.

The SPVM had no policy on street checks until today. The police force said its new street check policy indicates that street checks will be done based on observable facts and not any discriminatory motives.

With files from CBC News and Claire Loewen