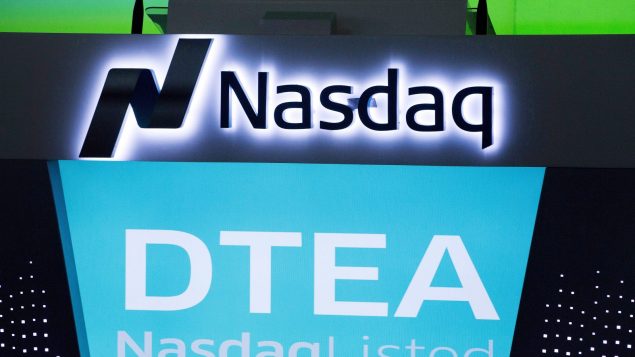 DavidsTea is listed as "DTEA" at the Nasdaq MarketSite in New York on June 5, 2015. DavidsTea says it's seeking court protection from creditors while it negotiates leases for many of its stores, which have been shut since March 17 due to the COVID-19 pandemic. (The Canadian Press/AP, Mark Lennihan)

David’s Tea to transition to online sales amid restructuring

The Canadian based tea chain, David’s Tea is planning on restructuring its business under the Companies’ Creditors Arrangement Act (CCAA), which is a Canadian federal law that covers insolvent companies and allows them to restructure their business and financial affairs.

According to a press release, the company expects its application for court protection from its creditors under the CCAA to be heard by the Quebec Superior Court today. David’s Tea plans to take similar steps for bankruptcy protection for its business in the U.S. as well.

David’s Tea, which owns over 220 locations in the U.S. and Canada, intends to accelerate their transition away from brick and mortar and focusing on becoming a leading online seller of loose-leaf tea and accessories in North America.

“As we indicated before, our challenge is to restructure our North American retail footprint in order to decrease the ongoing losses caused by unprofitable stores,” Herschel Segal, the founder, chairman and interim chief executive officer of David’s Tea said. “Through a restructuring, we intend to achieve that objective and complement our successful e-commerce and wholesale distribution channels.”

According to the press release all David’s Tea retail locations have been closed due to the COVID-19 pandemic since March 17, 2020, and will remain closed until further notice.

“The transformation of our business model is necessary to position the company for a return to profitability,” Frank Zitella, the chief financial officer and chief operating officer of David’s Tea, said in a press release. “David’s Tea has experienced a multi-year decline in brick & mortar sales and the post COVID-19 retail environment creates significant challenges for our unique in-store customer experience,”

Zitella added that the company is going to assess a number of factors, including whether or not they can reach agreements with landlords for more favorable lease conditions, and may terminate a significant number of their 222 leases in order to right-size their retail footprint.