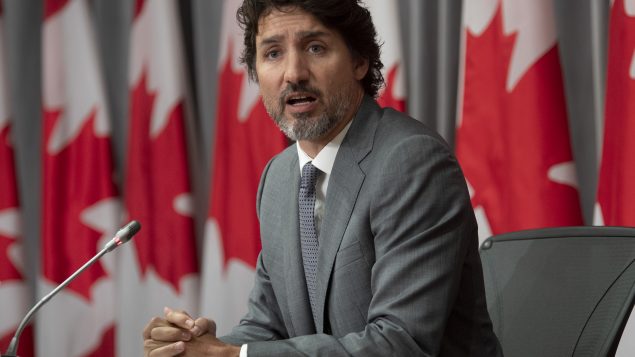 Trudeau apologizes for handling of WE Charity student grant contract

Prime Minister Justin Trudeau said Monday he “made a mistake” in not recusing himself from cabinet discussions about awarding a contract to administer a $900-million federal student grant program to WE Charity that had paid hundreds of thousands of dollars in speaking fees to members of his family.

“I made a mistake in not recusing myself immediately from the discussions, given our family’s history, and I’m sincerely sorry about not having done that,” Trudeau said.

Speaking to reporters in Ottawa, Trudeau said he’d been involved with youth volunteering well before he entered politics and throughout his time in politics.

“It is something that I believe deeply in and given all that, I should not have stayed involved in the conversations because of the organization involved, because of the links to WE that are there with my family and myself in the past,” Trudeau said.

The apology comes after CBC News and Canadaland reported that his mother, Margaret, and his brother, Alexandre, were paid in excess of $300,000 by WE and its entities for speaking engagements over the last four years.

Trudeau said he knew his mother and brother were employed as public speakers but he didn’t know just how much his family members were paid by WE.

“I deeply regret that I have brought my mother into this situation. It’s unfair to her, and I should have been thoughtful enough to recuse myself from this situation,” Trudeau said, referencing his mother.

Trudeau and his minority Liberal government have been under fire since announcing on June 25 they were awarding a $19.5 million sole-source contract to WE Charity to administer the Canada Student Service Grant.

The Conservatives, who are the official opposition in the House of Commons, have also written to the Royal Canadian Mounted Police (RCMP), asking the national police force to look into possible criminal charges regarding the awarding of the student grant program.

The Conservatives are also calling for all documents related to the contract to be made public.

In the meantime, WE Charity co-founders Craig Kielburger and Marc Kielburger have posted a statement on the NGO’s website defending their involvement with the program.

“WE has not profited from this contract in any way,” said the Kielburgers.

“Our team worked hard. In the first week after launch, there were 35,000 applicants. Students across the country joined, and 64 per cent were visible minorities,” they wrote. “A coalition of 83 not-for-profit partners supported over 24,000 service placements, with more opportunities being added.” 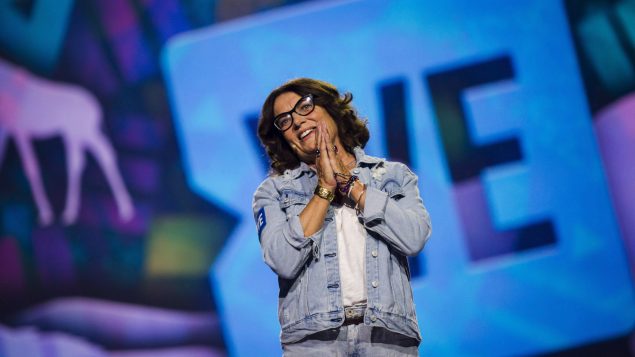 Margaret Trudeau speaks to the audience and fans at the We Day event in Toronto, on Thursday, Sept. 20, 2018. (Christopher Katsarov/THE CANADIAN PRESS)

They acknowledged, however, that Trudeau’s mother and brother, Margaret and Alexandre, were mistakenly paid by the charity for some speaking engagements but said once the error was discovered, the charity was reimbursed.

“The past two weeks have been extremely difficult. The charity’s integrity and purpose has been called into question,” the Kielburgers wrote.

The controversy had affected WE’s staff and beneficiaries, they said.

“We have made mistakes that we sincerely regret,” the Kielburgers said. “It has led us to more closely examine our own internal structures, governance and organization.”