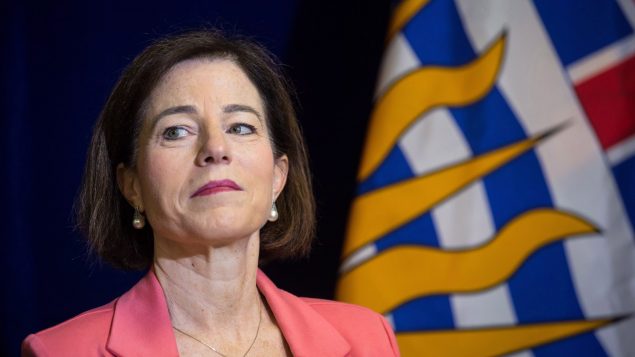 The British Columbia government detailed a repayment framework that will be put in place this summer for how and when tenants will pay rent that went unpaid during the pandemic to their landlords.

The framework, which was unveiled on Thursday, is to help landlords and renters transition and that tenants who owe their landlords money are able to maintain their housing when the eviction ban for non-payment of rent is lifted on Sept. 1.

The province had implemented a freeze on evictions for unpaid rent, and a monthly rebate for renters back in March.

Landlords will have to give their tenant until July 2021 to pay any outstanding rent as long as it is paid in monthly installments.

According to the framework unveiled by the government, the detailed repayment plan needs to include the total outstanding rent and a breakdown of monthly installments. The framework is also designed so it will be up to the landlord to present their tenant with a repayment plan 30 days before the repayment is expected.

“As we carefully move forward with restarting the economy, we are taking the same measured approach to tenancy rules and giving people advance notice so they can plan,” Selina Robinson, the minister of municipal affairs and housing said in a press release.

“These changes will build on the extension of our Temporary Rent Supplement (TRS) program and give renters until next summer to gradually pay back any unpaid rent to help them maintain their housing, while also continuing the ban on rent increases until December.”

According to the British Columbia government, 97 per cent of renters continued to pay rent during the pandemic, with 85 per cent renters paying in full, and 12 per cent making partial payments.

David Hutniak, the chief executive officer of Landlord B.C., which is a group that supports owners of rental properties, told CBC News that he was fine with the plan for rent recovery, and that it is a tough situation, but something they can work through as a sector.

However, the Vancouver Tenants Union (VTU) released a statement on Thursday saying that removing that ban on evictions due to the non-payment of rent will pave the way for vulnerable tenants to become targets of eviction.

“In a pandemic, even one infection caused by evictions is too many. We should fully expect a second wave to hit our province this fall as the ban is being lifted,” said Mazdak Gharibnavaz, VTU steering committee member. “Now is not the time to play with the safety of tenants. Not only does today’s decision not make sense for our public health, it’s an economic disaster for vulnerable tenants.”

With files from CBC News and Rafferty Baker