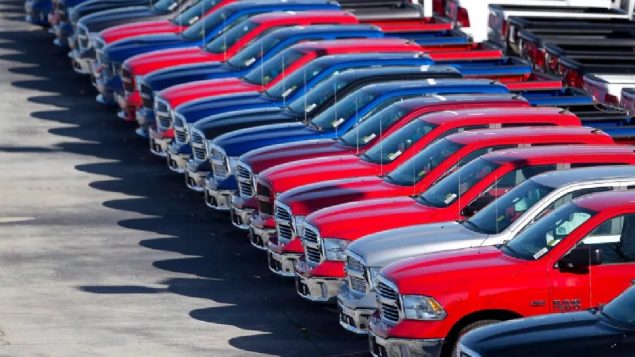 Surveys this week show Canadians are feeling better about finances, but most say its not a good time for major purchases. Experts are also sounding caution for the months ahead ( Canadian Press)

New surveys this week have shown consumers are back to buying and the economy has picked up considerably this month, although still well below pre-COVID levels and even though quite a number of businesses have closed for good.

The latest from the non-profit Angus Reid Institute shows that as much as 80 per cent of respondents indicate their financial situation as ‘good’ or ‘great’, up from 73 per cent in April.

A survey this week from MNP Ltd  showed similar upbeat feelings among Canadians. Their consumer index survey found that 61 per cent of respondents feel they can cover their living expenses for the next 12 months without incurring further debt.

The number of Canadians who said they were a mere $200 away from insolvency went down by six points compared to the beginning of the year to 43 per cent.  But there may be dark clouds looming. 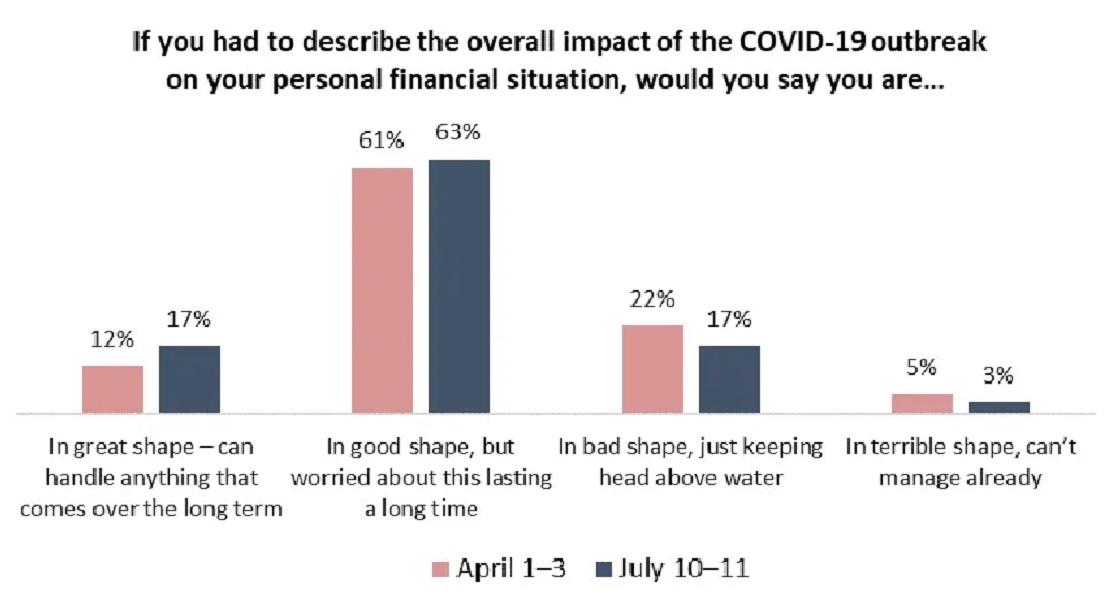 Maybe not so rosy later this year

Financial analyst Pattie Lovett-Reid while noting that a similar type of survey from MNP Ltd. also had generally upbeat results, nonetheless suggests many are feeling better about their finances due to emergency government funding programmes, and fewer opportunities to spend, leaving them with some financial reserve. She suggests a crash may be coming when federal funding programmes come to an end. 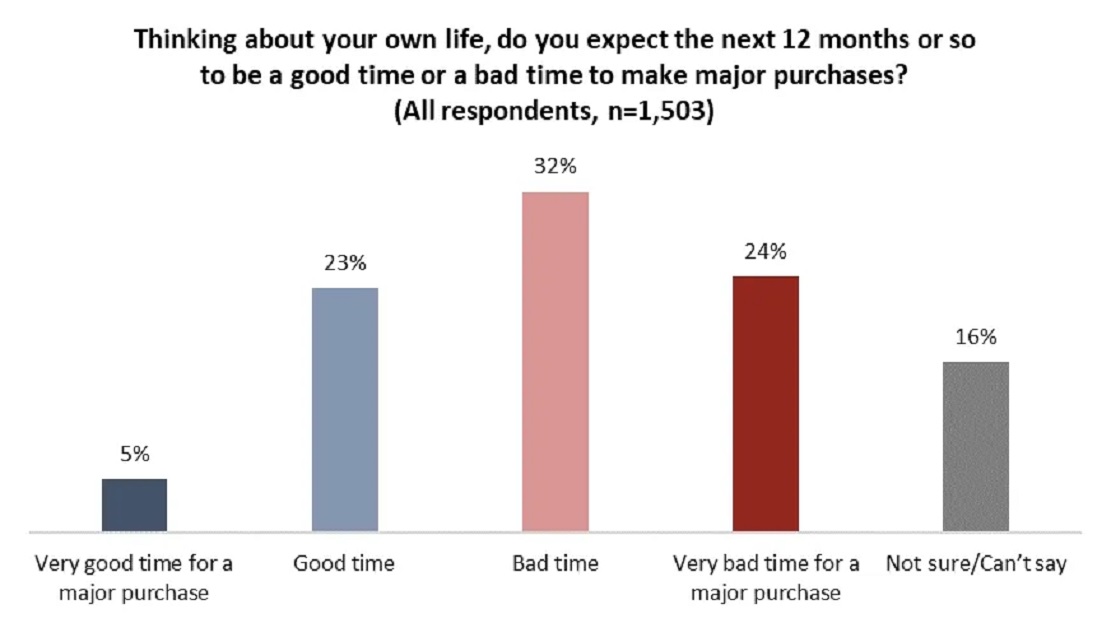 Grant Bazian, president of MNP Ltd. in the quarterly report writes. “ Even if spending doesn’t immediately return to pre-pandemic levels, it wouldn’t take much to push many households back into dangerous territory. Just a few hundred dollars per month — less than one unexpected car repair or a loss in overtime pay — may be enough to tip the scales toward an insolvency scenario”.

The Angus Reid survey also noted that in spite of generally better confidence, another aspect showed that one in five responded that they’re in ‘bad’ or ‘terrible’ financial shape.

Those receiving the government aid (ie Canada Emergency Response Benefit (CERB) have a higher level of concern with 30% of them saying they’re barely keeping ahead of bills.

The Angus Reid survey also shows that regardless of financial situation, more than half (56%) say  the next 12 months will not be a good time to make major purchases like cars or houses. 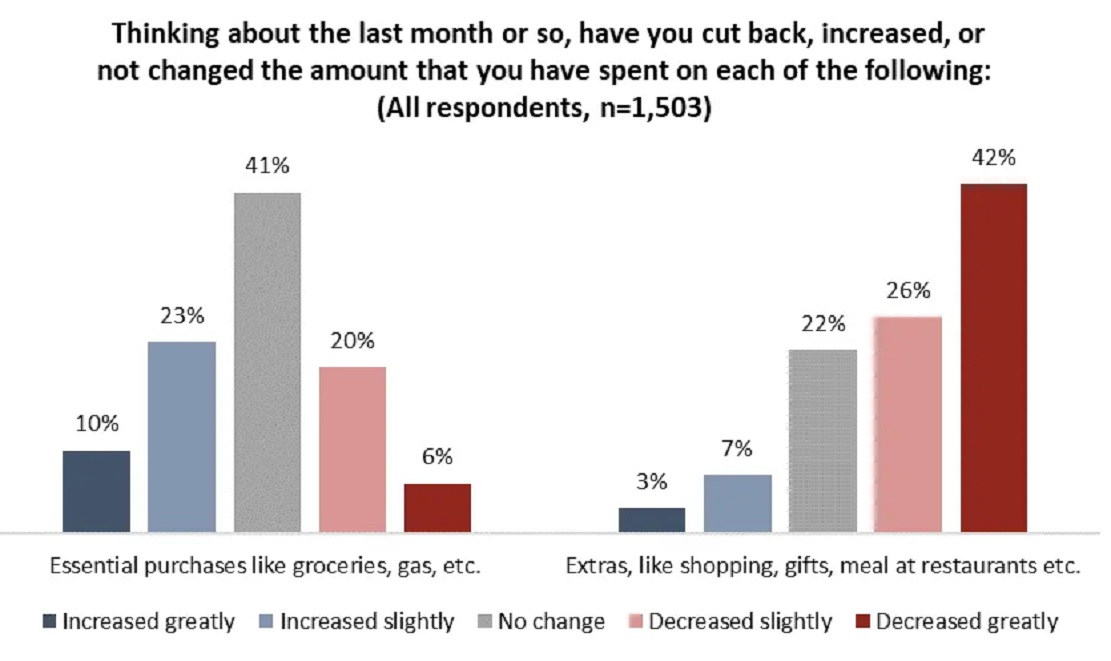 As for ‘essentials’ like groceries or gasoline, more have increases spending (33%) than have lessened (26%), the rest (41%) report no real change in spending amount

Grant Bazian of MNP adds a final warning note however, “As the economy begins to re-open we should also expect to see a range of efforts from creditors to catch people up. Whether that takes the form of increased monthly payments or extended loan terms, the net result will likely see most households further behind and deeper in debt.”