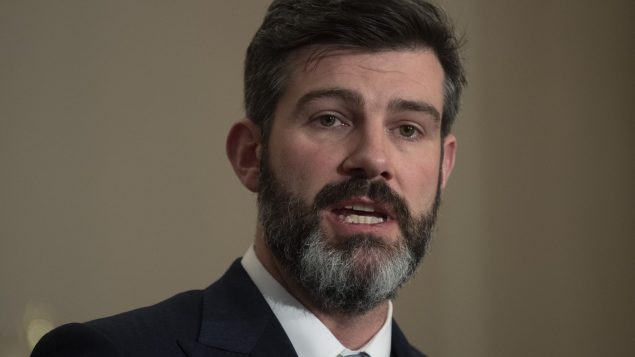 “I am hearing that many Edmontonians would like to see more mask usage, myself included, up to and including a mask mandate for public and some private indoor spaces,” Iveson said in a statement Wednesday afternoon.

Tomorrow (July 23, 2020) City Council will be discussing the topic of mandating masks for the City of #Edmonton. Read my statement below. #yegcc #COVID19AB #COVID19 #yeg pic.twitter.com/aHuFcDwDTO

Iveson said that city council needs to come back from their summer recess to receive information on the pandemic situation within the community, discuss what the evidence based indicators for mandatory masks would be as well as discuss the bylaw in a regional context and how neighboring municipalities could be included.

The city of Edmonton strongly encourages people to wear masks on public transit and in indoor public spaces, but has decided against mandating masks so far.

Iveson also called on the provincial government and Alberta Health Services to adopt a directive for mandatory masks in order to help with compliance and consistency across the Edmonton region.

“As we know, the virus is not contained by municipal borders,” Iveson added.

In a news conference on Wednesday, Alberta Premier Jason Kenney said that he’ll respect the decisions made by municipalities in regards to mandating masks and added that he thinks those decisions are better taken locally.

“This is a huge and diverse province. The challenges that a very dense city might face on crowded buses, couldn’t be more different then a remote rural municipality where there are no active cases,” Kenney said. “So we think a one size fits all approach for a huge, vast, diverse province like this doesn’t make sense.”

Kenny also said that he’s already advocating for the widespread use of masks where people cannot physically distance themselves.

Across the country, major cities, such as Toronto, Montreal, and Ottawa have adopted bylaws to make masks and face coverings mandatory in indoor public spaces.