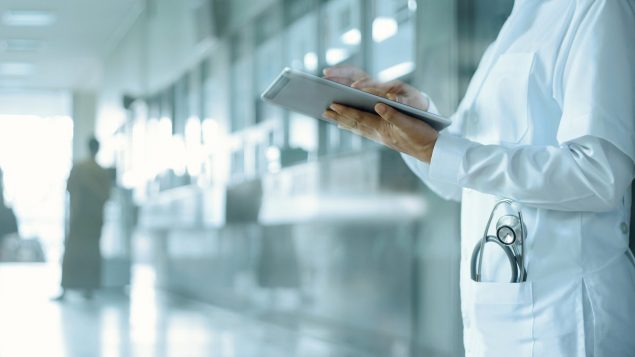 New guidelines for treating obesity in Canada developed by Obesity Canada and the Canadian Association of Bariatric Physicians and Surgeons are centered in identifying personal drivers of obesity, setting realistic goals, and maintaining healthy behaviours over the long term. (iStock/ipopba)

New guidelines for treating obesity in Canada are centered around identifying personal drivers of obesity, setting realistic goals, and maintaining healthy behaviours over the long term.

The guidelines ask that doctors promote a holistic approach to health with a focus on health behaviours in all their patients and address the root causes of weight gain, which can include genetics, individual life experiences and psychological factors.

Dr. Arya M. Sharma, scientific director of Obesity Canada said that the CPGs represent a turning point the way Canada needs to approach the treatment of obesity, and that is acknowledging obesity as a complex chronic disease that requires lifelong support.

“Science tells us the drivers of weight gain are complicated and unique to the individual, and also that the human body is hard-wired against weight loss,” Sharma said in a press release. “Historically, we have told people whose weight affects their health merely to eat less and move more, which on its own is ineffective and even dangerously simplistic advice.”

The guidelines also recommend that doctors be aware of their own attitudes and behaviours to people living with obesity to reduce weight bias, stigma, and discrimnation in healthcare settings.

Lisa Schaffer, the chair of Obesity Canada’s public engagement committee, said that people who live with obesity have been shut out of receiving healthcare because of the biased, and flawed misconceptions of what drives obesity, and how to improve health.

“Obesity is widely seen as the result of poor personal decisions, but research tells us it is far more complicated than that,” Schaffer said. “Our hope with the CPGs is that more healthcare professionals, health policy makers, benefits providers and people living with obesity will have a better understanding of it, so we can help more of those who need it.”

The new recommendations, which were authored by over 60 Canadian health professionals, researchers and people living obesity, are the first real update to the Canadian obesity guidelines since 2007.