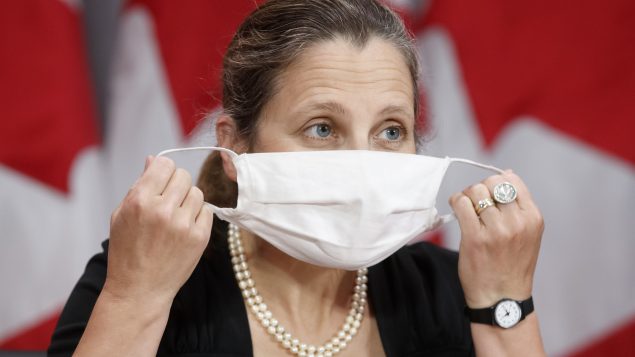 Canada to impose $3.6B in tariffs on U.S. goods in ‘reciprocal retaliation’

Speaking to reporters during a teleconference call from Ottawa, Freeland said Canada will respond “swiftly and strongly” in defence of its aluminum industry and will impose countermeasures worth about $3.6 billion “in a balanced and perfectly reciprocal retaliation.”

“We will not escalate and we will not back down,” Freeland said.

Following yesterday’s announcement by Trump, Prime Minister Justin Trudeau has decided to launch a consultation on a broad and extensive list of aluminum-containing products, Freeland said.

The government is inviting Canadians and Canadian businesses to participate in these consultations over the next 30 days after which Ottawa will impose its retaliatory tariffs, she added. 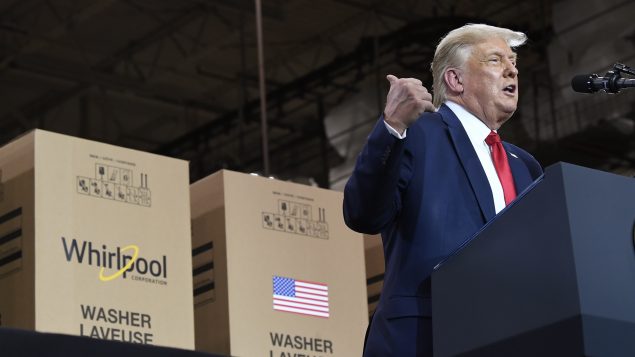 Trump made the announcement of an executive order imposing the tariffs Thursday in a campaign speech at a Whirlpool factory in Ohio.

The U.S. imposed tariffs on Canadian and Mexican steel and aluminum imports in 2018 but removed them last year.

“My administration agreed to lift those tariffs in return for a promise from the Canadian government that its aluminum industry would not flood our country with exports and kill all our aluminum jobs, which is exactly what they did,” Trump said.

“Canada was taking advantage of us, as usual.”

A statement from the U.S. Trade Representative Office said Canadian imports have “surged above historical levels,” in justifying the measure, which has been on the cards since last June.

The move came only five weeks after the coming into force of the United States-Mexico-Canada Accord (USMCA), a free-trade deal also known as CUSMA in Canada that came to replace the 26-year-old North American Free Trade Accord (NAFTA).

Canadian aluminum is not a threat to U.S. national security, she said.

“That is a ludicrous notion,” Freeland said. “On the contrary, Canadian aluminum is essential for U.S. industry, including the U.S. defence industry.”

The trade in aluminum has been beneficial to both economies, she said.

“Let me be clear, in imposing these tariffs the United States has taken the absurd decision to harm its own people at a time when its economy is suffering the deepest crisis since the Great Depression,” Freeland said.

“Any American who buys a can of beer or of soda or a car or a bike will suffer.”

In fact, the very washing machines manufactured at the Whirlpool plant where Trump made his announcement yesterday will become more expensive and less competitive as a result, Freeland said.

Freeland, however, dodged questions about the possibility of additional U.S. tariffs, this time on Canadian steel.

Freeland said she is very confident that the trade in steel between Canada and the U.S. is “balanced, reciprocal and mutually beneficial.”