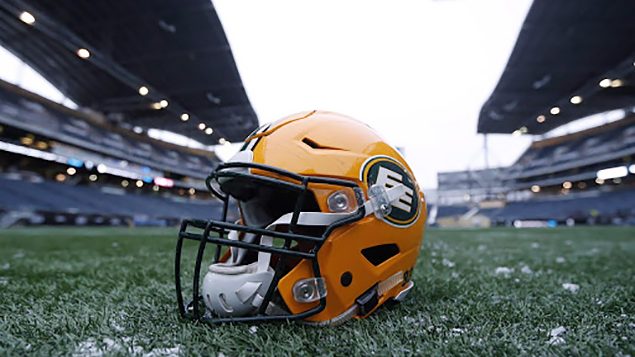 A majority of Canadians said that dropping the team name was the right choice according to an Angus Reid poll. (The Canadian Press/John Woods)

After Edmonton’s Canadian Football League (CFL) team announced that it would change its team name last month, a majority of Canadians said it was the right choice according to a poll published on Thursday.

A new study from the non-profit Angus Reid Institute found that 57 per cent of Canadians agreed with the decision to drop the name, while the rest 43 per cent, said it was the wrong decision.

However, a majority of CFL fans, 55 per cent, said the decision to drop the name was the wrong decision.

New today: Majority of CFL fans say Edmonton was wrong to change the name, majority of Canadians more broadly say it was the right call:https://t.co/c25oHc2N9G pic.twitter.com/hTl5IYNIm0

The poll also found that people in most provinces agreed with the decision to change the name.

Issues had been raised about the team name in 2015, when Natan Obed, the president of the Inuit Tapiriit Kanatami, Canada’s national Inuit organization, said that the teams name was outdated, derogatory and a vestige of colonialism.

In addition, some sponsors of the Edmonton CFL team spoke out against the team’s former name last month.

Until Edmonton finds a new name, its current, temporary name is the Edmonton Football Team. The Angus Reid poll asked Canadians which name they would prefer Edmonton to adopt out of the names that have been recently discussed; Eagles, Elks, Energy, Express, and Empire.

Out of those five options, Eagles was the most popular gathering 26 per cent of the votes, followed by Elk at 20 per cent, Energy at 14 per cent, Express at 12 per cent and Empire at 8 per cent.

The Angus Reid Institute conducted an online survey from July 23 to 24, which polled a random sample of 1,519 Canadian adults, who are members of the Angus Reid forum.