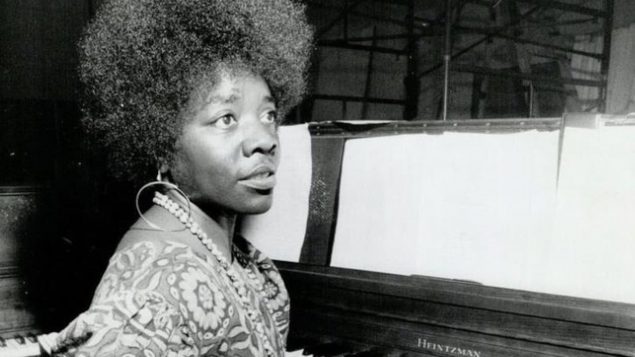 The singer-songwriter-actor-playwright Salome Bey has died at the age of 86. (THE CANADIAN PRESS/HO-Graham Bezant)

Salome Bey, an honorary member of the Order of Canada known to the public as Canada’s “First Lady of the Blues” and to the Canadian artists she nurtured as “Mother Earth,” has died.

A native of New Jersey who moved to Canada in 1964, Bey died early Saturday morning at the Lakeside Long-Term Care Centre in Toronto at the age of 86.

No cause of death was given, but a release from the family said Bey began showing signs of dementia in 2004, a condition that forced her to give up performing.

“She definitely was an ambassador of what is wonderful and beautiful in our community of artists,” singer and actor Jackie Richardson told The Canadian Press’s Adina Bresege in a phone interview on Monday.

“Salome was a bottomless pit of soul, the best in human values and being willing always to be that rock for those that needed a rock. That’s Mother Earth.”

Bey made her first appearance in Toronto in 1961 and settled in Canada in 1964, playing jazz clubs before releasing her debut self-titled album in 1970.

She recorded a number of others over the next 30 years, including two with legendary jazz pianist Horace Silver and one with the Montreal Jubilation Gospel Choir.

Bey also had success on the stage, receiving a Grammy nomination for her work on the cast album of the Broadway play Your Arms Too Short to Box with God.

Bey won two Dora Mavor Moore awards for Indigo, a cabaret show on the history of the blues that she conceived, wrote and starred in. The production was filmed for TV and aired on CBC in 1984.

And she created and appeared in numerous other productions, such as Justine (later renamed Love Me, Love My Children), Galt MacDermot’s Dude, Don’t Bother Me, I Can’t Cope and the children’s musical Rainboworld.

Bey is among the music artists heard on the 1985 charity single “Tears Are Not Enough,” the recording by Canadian artists aimed to raise funds for 1983-1985 Ethiopian famine.

She was awarded a Toronto Arts Award in 1992 and the Martin Luther King Jr. Award for lifetime achievement from the Black Theatre Workshop of Montreal in 1996.

In 2005, she was made an honorary member of the Order of Canada.

Bey is survived by her two daughters, the singer SATE and performance artist tUkU, and her son, Marcus Matthews.

Her husband, Howard Berkeley Matthews, who died in 2016, was one of the original founders and owners of The Underground Railroad, a famous restaurant on Toronto’s Bloor Street East focused on serving the city’s Black community.