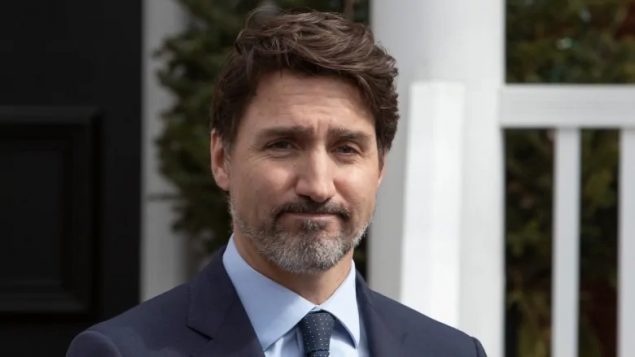 Prime Minister Justin Trudeau holds a news conference while in self-isolation at Rideau Cottage in Ottawa on March 13. Trudeau on Tuesday prorogued Parliament until late September. (THE CANADIAN PRESS/Fred Chartrand)

Prime Minister Justin Trudeau has prorogued Parliament until Sept. 23, apparently to try to buy some time to ride out the so-called WE Charity controversy.

Prorogation, a manoeuvre that ends a parliamentary session, shuts down the House of Commons committees investigating the WE charity controversy as well as removes legislation currently on parliament’s order paper, giving Trudeau’s Liberals a chance at a fresh start.

CBC News reports that Trudeau sought approval from Gov. Gen. Julie Payette, who will deliver the speech from the throne on Sept. 23, the same day the House of Commons was previously scheduled to return. 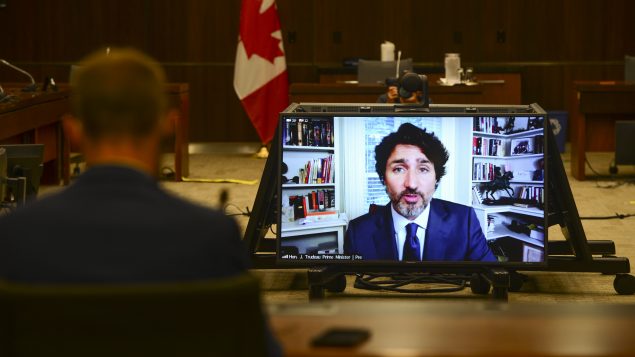 Prime Minister Justin Trudeau appears as a witness via videoconference during a House of Commons finance committee in the Wellington Building on Thursday, July 30. The committee is looking into Government Spending, WE Charity and the Canada Student Service Grant. (THE CANADIAN PRESS/Sean Kilpatrick)

Trudeau has said he was not involved when WE Charity was awarded a $43.53-million contract to administer a $900-million student grant program, but both he and Bill Morneau, who resigned Monday as Trudeau’s finance minister, are being investigated by Ethics Commissioner Mario Dion.

Morneau testified at the Standing Committee on Finance in July that he had recently repaid WE Charity $41,366 for expenses incurred by WE for trips his family took to Kenya and Ecuador in 2017.

If “controversy” balloons to “scandal” in the minds of enough Canadians, a vote of confidence in the House of Commons could bring down Trudeau’s minority government.

But so could prorogation.

Bloc Québécois Leader Yves-François Blanchet told CBC News the manoeuvre will mean Trudeau is exposing himself to a confidence vote in the House when MPs vote on the speech from the throne.

“If it does not contain what it must contain, he will simply not survive a vote on his speech from the throne,” Blanchet said.