A record-low number of sockeye salmon are expected to make it to their Fraser River spawning grounds this year because of unusally high water levels and the ongoing Big Bar landslide. B.C. First Nations leaders want Ottawa to take emergency action to save the fish. (Briar Stewart/CBC)

First Nations leaders in British Columbia have issued an urgent call to action to the federal government to take immediate action to save endangered sockeye salmon in the province.

They want an emergency order to close all sockeye fisheries on the Fraser River and to declare the stock collapsed to allow time for First Nations to create a strategy to save the sockeye.

Earlier this month, The Pacific Salmon Commission estimated returning sockeye would hit a record low this year, downgrading the expected run to less than a third of pre-season forecasts because of usually high water levels and the continuing problems caused by the Big Bear landslide north of Lillooet.

The Commission estimated that about 283,000 fish–or fewer–would make it from the ocean to their Fraser River spawning grounds. 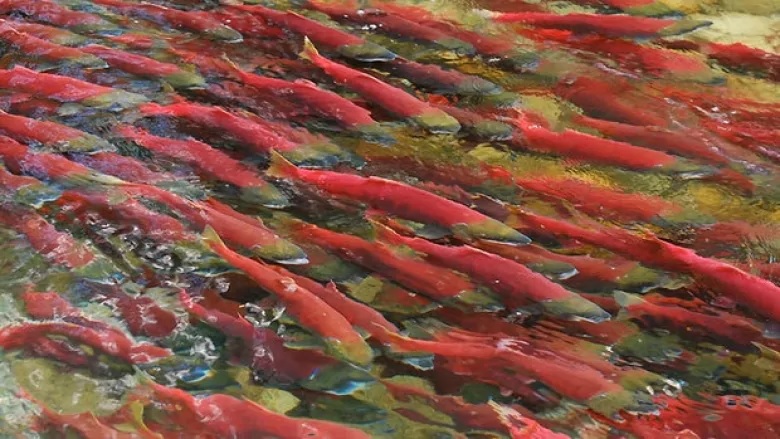 In 2014 sockeye were plentiful. No More. (CBC/Submitted by Matt Casselman)

“First Nations leadership has been calling on the Federal Government to take real action to save pacific salmon stocks for decades now,” Robert Phillips of the First Nations Summit, said in the release.

“Fisheries and Oceans Canada has consistently failed to take our calls seriously. It is now time for their failure to be recognized, and for responsibilities for the full jurisdiction and management of salmon stocks to be transferred back to First Nations.”

The council, made up of the B.C. Assembly of First Nations, the First Nations Summit and Union of B.C. Indian Chiefs, said Indigenous communities that rely on the salmon for food face the greatest impacts, but the department has consistently prioritized commercial fishing. 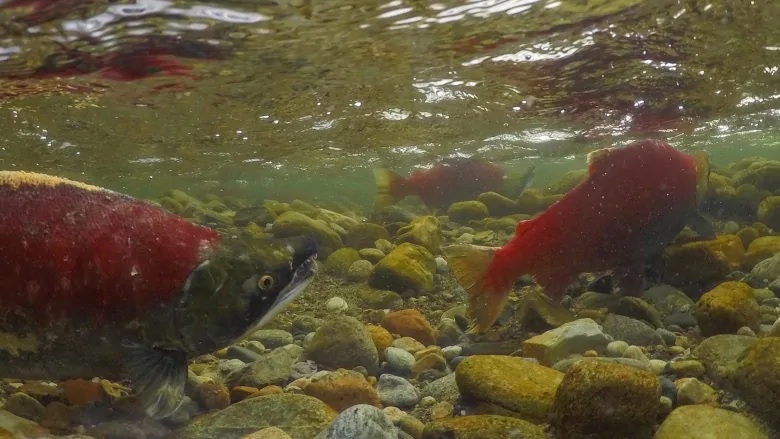 This year is turning out to be a devastating one for Fraser River sockeye salmon, with the lowest forecast return since tracking began in 1983, according to the Pacific Salmon Commission. (Chris Corday/CBC)

In June, the Council called for an immediate end to marine-based salmon farming in the province.

Fishing for wild salmon remains an important part of the B.C. economy.

The FNLC is not the only Indigenous group unhappy with Ottawa’s policies.

The Canadian Press reports that five Nuu-Chah-Nulth First Nations on Vancouver Island are accusing federal fisheries officials of systemic racism after the government decided to exclude them in the allocation of 15,000 extra salmon this year — a surplus that arose because fewer people were fishing recreationally during the COVID-19 pandemic.