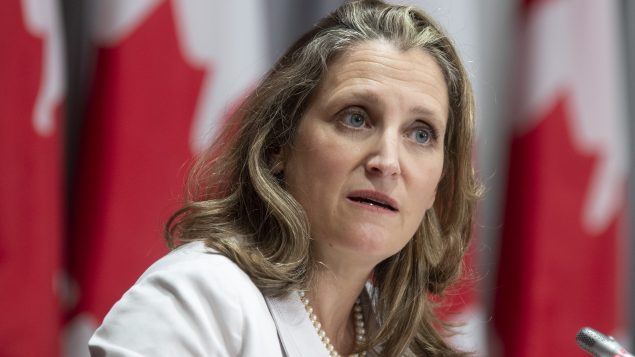 The federal government is extending a key social safety net program for Canadian workers who lost their jobs due to the economic fallout of the COVID-19 pandemic and revamping Canada’s employment insurance (EI) program to allow more people to receive financial assistance as the country begins its slow recovery.

The new plan released Thursday by Deputy Prime Minister and Finance Minister Chrystia Freeland and Employment Minister Carla Qualtrough details how millions of Canadians who receive the Canada Emergency Response Benefit (CERB) will transition to EI at the end of September.

The federal treasury has already paid out $69 billion to more than 8.6 million CERB recipients.

The minority Liberal government is also introducing three new temporary benefits, including a form of paid sick leave. In total, these new financial assistance plans are budgeted to cost at least $37 billion over the next year.

“By supporting Canadians who are out of work because of the pandemic, we are making it possible for our country to continue to practise social distancing and to do the right things in the fight against the coronavirus,” Freeland said at a press conference in Ottawa, during her first appearance as Canada’s newly minted finance minister.

“As we shift from our initial emergency response to a safe and prudent restart, as we shift to living with COVID-19, our approach also needs to evolve.”

‘Leave no one behind’ 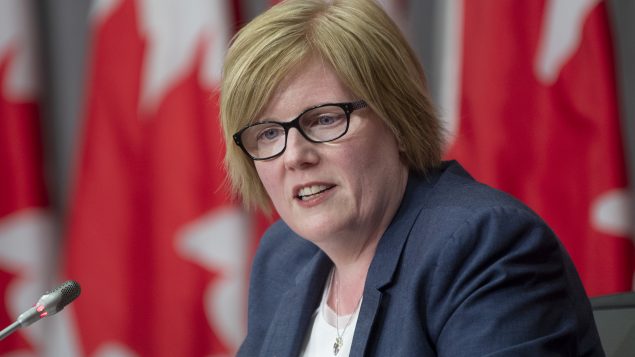 After that most Canadians who receive CERB will automatically transition to EI.

A new benefit that pays $400 a week for up to 26 weeks will replace it for those ineligible for EI.

Self-employed or gig workers, for example, can apply for the benefit if they have stopped working or had reduced incomes due to COVID-19.

Under the new regime, they can continue to earn money, but will be required to repay 50 cents of every dollar earned above $38,000.

“We’re doing our very best to support all Canadian workers and leave no one behind,” Qualtrough said.

The federal government is also reforming the EI system to make it easier for workers who began their employment during the pandemic and didn’t accumulate enough insurable hours of work to qualify for financial assistance.

Under the new rules Canadians who had only worked 120 hours in the last 52 weeks can apply and receive a minimum payment of $400 per week, and a maximum of $573 per week, depending on past earnings.

The reworked EI can be claimed for between 26 and 45 weeks, depending on time worked prior.

A second new benefit will provide 10 days of paid sick leave to any worker in Canada who falls ill or has to self-isolate due to COVID-19. That will provide $500 a week, and a claimant can’t claim this benefit and another sick leave payment at the same time.

That program was negotiated with the provinces and territories under an agreement to restart the national economy safely.

A third benefit will support Canadians who must stay home to care for a child under 12 or another dependent because their school, daycare or other day program facility is shut down due to COVID. People who choose to keep their kids home even though the facility is open will not qualify, unless they provide proof there is a medical reason to do so such as an immunodeficiency disorder.

Opposition parties slammed the Liberal plan and its timing – coming just after the Trudeau government prorogued Parliament amid a deepening scandal over the government’s handling of a multi-million contract with WE Charity, which eventually led to the resignation of Finance Minister Bill Morneau.

Business groups also expressed concerns that the generous financial assistance program could slow down the economic recovery by serving as a disincentive for many part-time workers to return to their pre-COVID employment.