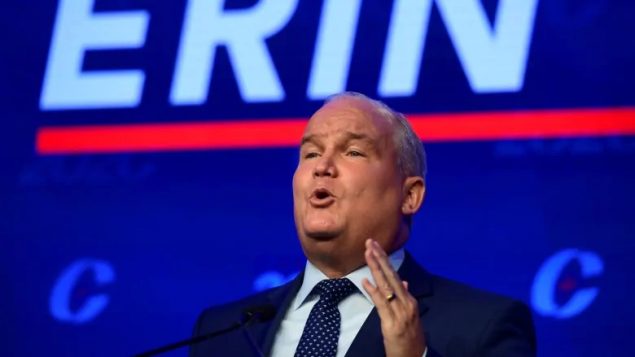 Newly elected Conservative Leader Erin O’Toole delivers his victory speech following the Conservative party of Canada 2020 Leadership Election in Ottawa on Monday. A veteran on the RCAF and white shoe law firms, O'Toole has a month to get ready for the next sitting of Parliament. (THE CANADIAN PRESS/Sean Kilpatrick)

Erin O’Toole is ready…is the rest of Canada?

Erin O’Toole’s victory on Monday was his second crack at the Tory leadership, a victory that comes just a month before Parliament is set to resume sitting following prorogation with the speech from the Throne.

It is unlikely he will be either intimidated or unprepared.

O’Toole, 47, has been around politics all his life–his father was a long-time member of the Ontario legislature–and he spent spent 12 years in the Royal Canadian Air, which he left with the rank of captain and a Canadian Forces’ Decoration.

He also won a Sikorsky Helicopter Rescue Award for having rescued an injured fisherman at sea. 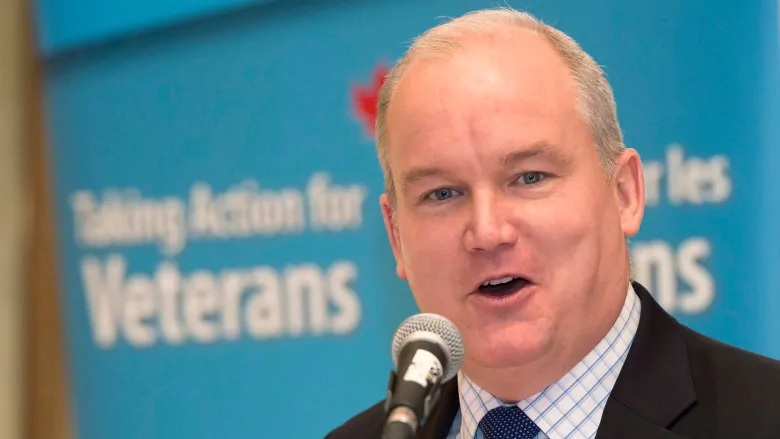 Veterans Affairs’ Minister Erin O’Toole delivers a speech to the Rotary Club of Toronto in 2015. (THE CANADIAN PRESS/Frank Gunn)

In 2003 he graduated with a law degree from Dalhousie University, and began working for white shoe law firms such as Strikeman Elliott and Heenan Blaikie as well as working as the Canadian in-house counsel for Procter & Gamble and a corporate counsel for Gillette healthcare.

His first foray into politics came in 2012 when he won a byelection in the Ontario riding of Durham.

After he was elected, the Montreal-born MP became part of then-Prime Minister Stephen Harper’s cabinet — taking over the Veterans’ Affairs portfolio in 2015.

In 2017, he finished third in the 2017 Tory leadership race, a race he lost to Andrew Scheer, whom he now succeeds.

CBC pollister Éric Grenier reports that O’Toole found an early opening to the right of presumed favorite Peter MacKay early in the Conservative leadership race and took it it to defeat  the better-funded MacKay.

O’Toole’s focused on Conservative values more than his competitors, with a large focus on the Canadian economy and its recovery from the COVID-19 pandemic.

Targeting the social conservative vote–an influential voting bloc in leadership races–O’Toole made it clear that he would always allow a free vote on matters of conscience such as abortion, including for his cabinet ministers.

At the same time, O’Toole said he is personally pro-choice and supported same-sex marriage.

It was more than enough to win him first place.