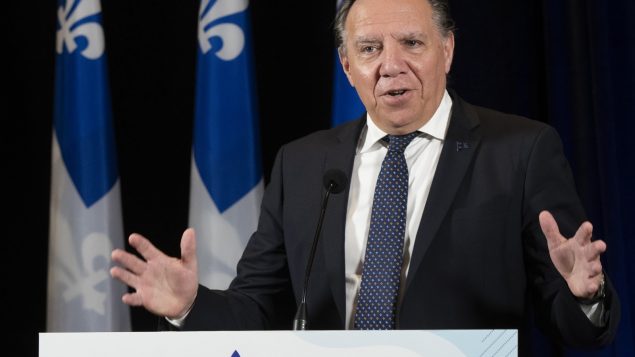 The Sûreté du Québec said they met with two men as part of their investigation of threatening remarks made against an elected member of the province’s national assembly, according to a tweet from the Sûreté du Québec’s director of communications Guy Lapointe Jr.

“Two men aged 59 and 65 were met by investigators,” Lapointe said on Tuesday morning, adding that the proceedings will continue going forward.

On Sunday, the Sûreté du Québec announced that they were investigating the threats made on a Facebook post that shared an interview with Legault last week, where he encouraged Quebecers to wear masks in order to reduce the spread of COVID-19.

“We are aware of the situation and appropriate action will be taken,” Lapointe said in a tweet on Sunday. “All such situations are taken very seriously.”

CBC News reported that Legault’s spokesperson confirmed that police were aware of the comments made on Facebook, but did not make any further comments.