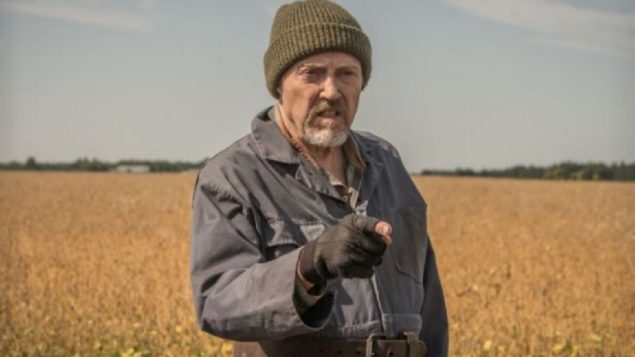 The farmer vs the giant biotech multinational: Percy – the film

The story of an independent farmer in Saskatchewan in an epic legal battle against biotechnology and chemical giant Monsanto over 20 years ago is now going to the big screen.

The legal battle between canola farmer Percy Schmeiser and Monsanto Canada made it all the way to the Supreme Court of Canada and into headlines around the world.

The film called simply “Percy” is based on the battle over rights to grow Monsanto’s patented genetically modified “roundup ready” canola seed, which enables farmers to spray glyphosate weed control (Monsanto’s ‘Roundup” product) on the field with no damage to the canola.

The complicated case began in 1997 when Schmeiser claims he found roundup resistant canola among his non-GM canola. Presumably some of Monsanto’s seeds must have blown onto his field from neighbouring properties. He later saved the seed and grew a crop but Monsanto sued demanding he pay royalties for using their seed. Their contract for use also states that new seed must be purchased every year with the price including the licensing fee for use of the product.

Schmeiser countersued for libel, trespass, and contaminating his fields.

The complicated case involved the farmer’s right to seed from his own crops and corporate rights to patented product. The case made it to the Supreme Court of Canada and world headlines at the time. The 2004 decision was mixed with the SCoC ruling 5-4 that Percy did “use” Monsanto’s product and violated their patent, but 9-0 that with respect to the 1998 crop he did not have to pay Monsanto damages such as the profit from that crop nor Monsanto’s substantial legal costs.

Whether the act was a deliberate infringement of patent law by a farmer or a bullying case by Monsanto is still a topic of discussion in the agricultural and biotech world.

People may form their own opinions after seeing the film “Percy,” which will be released October 9 in Canada in major markets like Toronto and Vancouver, with other venues to follow,

The film, which will be distributed by Mongrel Media, will star Academy Award winner Christopher Walken in the lead with Zach Braff (Scrubs), Christina Ricci, and Canadian star Adam Beach.