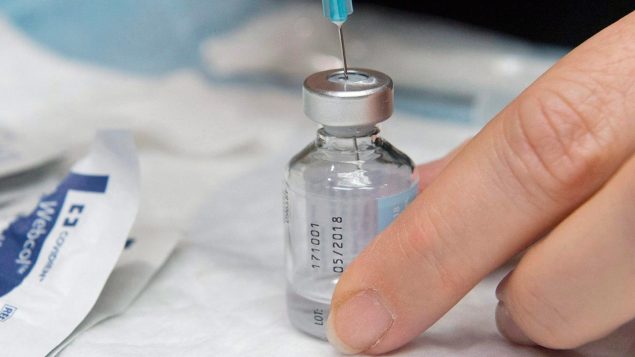 Health authorities are urging Canadians to get a flu shot this year to avoid the spectre of a "twindemic," where the health-care system is overwhelmed by COVID-19 and influenza. British Columbia said Wednesday it has an extra 450,000 doses ready. (CBC News)

B.C. adds tens of thousands of flu vaccine doses to use this COVID fall

From the time COVID-19 made its way to Canada last winter, health professionals across the country have been concerned about what could happen in the fall when COVID would collide with the country’s flu season.

On average 12,200 people in Canada are hospitalized every year because of the flu and 3,500 people die.

“Once we have influenza complicating things, and the other respiratory viruses that we see, it’s much more challenging to detect which one is influenza, which one is RSV … which one is COVID-19,” Provincial Health Officer for British Columbia Bonnie Henry warned in April.

On Tuesday, Henry clamped down on restaurants, bars and pubs in the province. 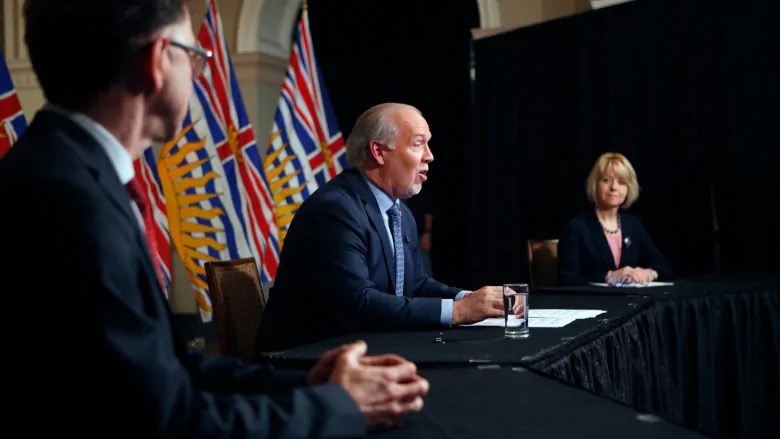 The CBC’s Michelle Ghoussoub reports health authorities are seeking to avoid a scenario where surgeries must be widely delayed, as the province did in the spring as part of its emergency response to the pandemic.

The plan also focuses on boosting the capacity for contact tracing and COVID-19 testing, with the goal of being able to test 20,000 people per day, compared to the current capacity of around 8,000 to 10,000.

As well, the province will also launch a “hospital-at-home” program, where eligible patients will receive treatment in their own homes, further easing demand for hospital beds and preventing the spread of the virus within health-care settings.

The province says it has 533 “base beds” for COVID-19 patients spread across 19 hospitals. 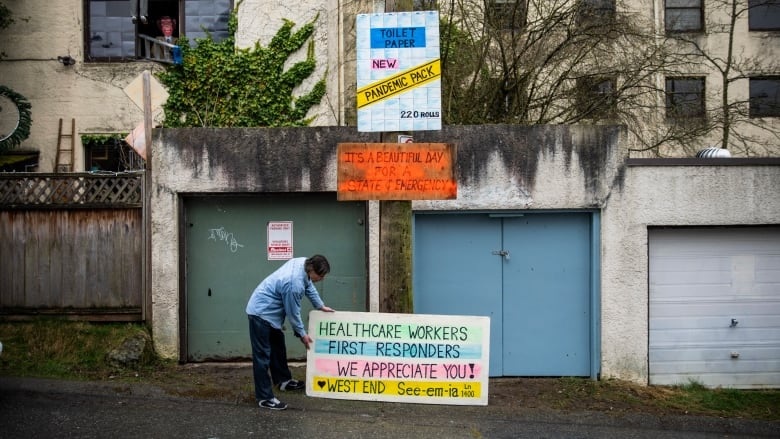 A man adjusts a sign supporting health care workers in the West End of Vancouver in March. (Ben Nelms/CBC)

Another key part of the plan, Ghoussoub writes, is to protect B.C.’s vulnerable seniors population, which bore the brunt of the pandemic in the spring.

Two thousand more staff will be hired in the province’s long-term care homes, along with 5,000 additional health-care aides.

A major objective is to reduce the usual demand for hospital beds by reducing seasonal flu cases, while boosting hospital surge capacity if there is a sudden influx of patients.

It has purchased its highest-ever number of flu vaccines —1,965,000 doses.

The province has also ordered 45,000 Fluzone High-Doses of the influenza vaccine for high-risk seniors, which will be made available to all residents of long-term care and assisted living facilities.

“Our fall influenza plan is going to be on a scale we have not yet seen,” she said.

“We know how important it is to protect all from influenza.”

Henry encouraged everyone in the province over six months old to be vaccinated against the flu.

The goal: to vaccinate nearly two million people, compared to the yearly average of around 1.4 million.

The flu immunization program is expected to cost $30 million.

No new deaths related to the virus were reported, leaving B.C.’s death toll at 213.

With files from CBC NEWS (Michelle Ghoussoub), The Canadian Press