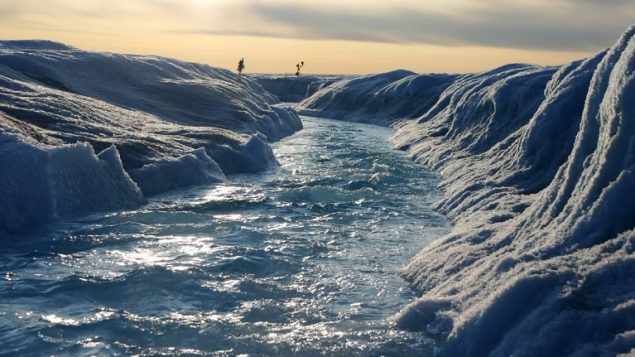 A 2016 study showed ice melt in Greenland had been underestimated by over 7.5%; The giant ice sheet lost nearly 2,700 gigatons. In 2016 ice loss was estimated at an average of 8,000 tonnes of mass every second. (William Colgan)

The scientists from the University of Leeds,and  Danish Meterological Institute, studied  satellite images of the Earth’s ice covered surfaces in what is billed as the first study of ice loss from every region of the planet. 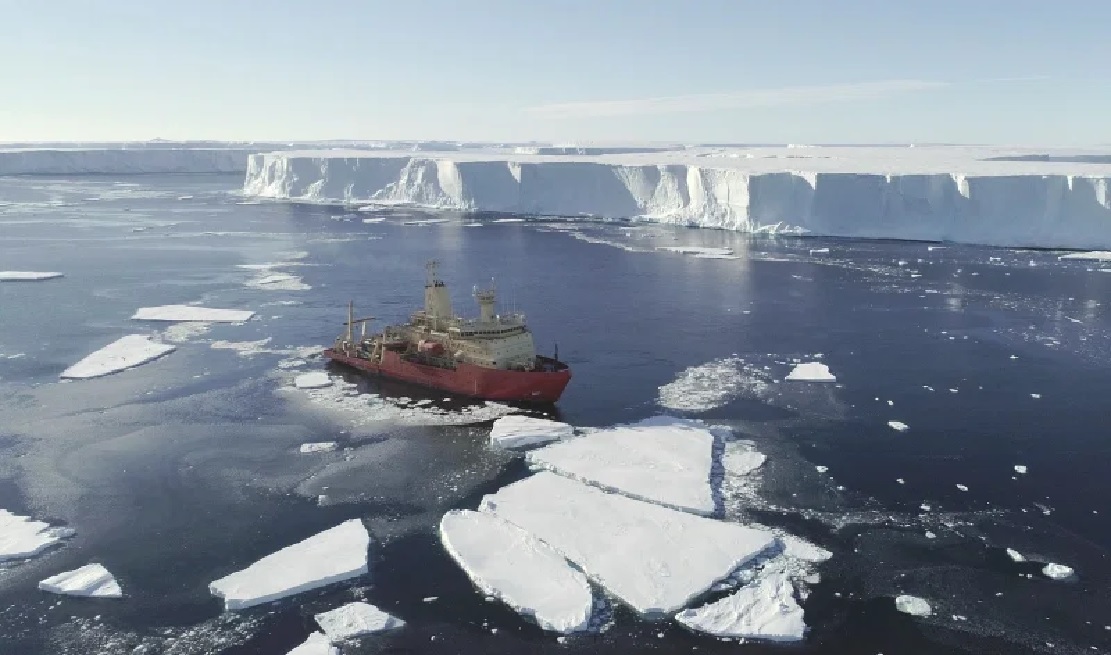 Dr Tom Slater, lead author of  study and climate researcher at the Centre for Polar Observation and Modelling at the University of Leeds said, “Although we anticipated the ice sheets would lose increasing amounts of ice in response to the warming of the oceans and atmosphere, the rate at which they are melting has accelerated faster than we could have imagined”.

This study combined satellite observations and numerical models to show that Earth lost 28 trillion tonnes of ice between 1994 and 2017.

Although not directly involved in this study Andrew Shepherd, director of the Leeds University Centre for Polar Observation and Modeling says the global ice loss amounts to about a trillion tonnes a year.

The report also notes that ice loss rate has increased greatly since the 1990’s  by  57%.

Shepherd says the annual ice loss would be the equivalent of covering the entire U.K in a sheet of ice  100 metres high. 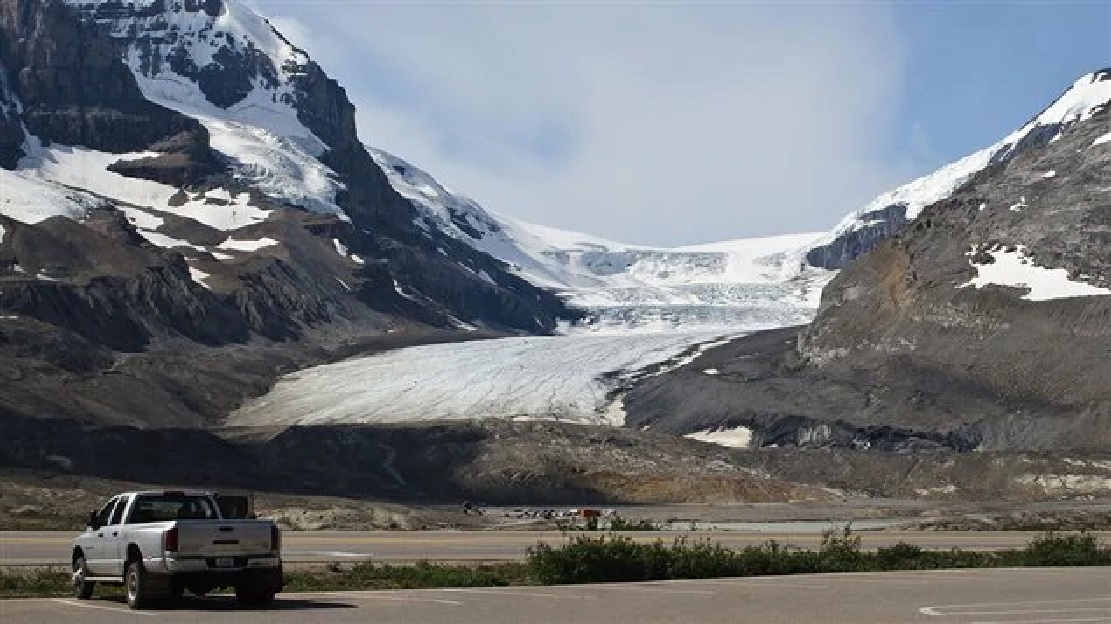 The Athabasca Glacier is just one component of the huge Columbia Icefields above these mountains, which straddle the Alberta-British Columbia boundary, and whose waters end up flowing to the Pacific, the Atlantic (via Hudson Bay), and the Arctic. When first explored the glacier reached the current parking lot but since the mid 1800’s has retreated over 1.5 km, and lost much of its volume and depth. In 2014,John Wilmshurst, Jasper National Park’s resource conservation manager, said in an interview with The Canadian Press, “We’re losing at least five metres (depth) a year on the surface of that glacier. every year”
Photo Credit: Wikicommons

A study last year of Antarctic ice mirrored this latest study in that the Antarctic ice is melting faster than before and the giant Thwaites glacier ice sheet is now unstable..

Another study last year showed that the Greenland ice sheet had it’s largest single day melt since recording began in the 1950’s. at 11.3 billion tonnes in one day.

The scientists say the massive melting of ice is contributing to sea level rise of 1.8cm since the 1990s which matches the IPCC predictions of the ‘worst case’ scenario.

Dr Anna Hogg, study co-author of this latest study and climate researcher in the School of Earth and Environment at Leeds, quoted in Science Daily said, ” “If ice sheet losses continue to track our worst-case climate warming scenarios we should expect an additional 17cm of sea level rise from the ice sheets alone. That’s enough to double the frequency of storm-surge flooding in many of the world’s largest coastal cities.”

Bob Sandford is the chair in water and climate security at the United Nations University Institute for Water, Environment and Health. Quoted byt the CBC he said the Arctic is warming three to five times faster than elsewhere, and Greenland has warmed by six degrees in the past 60 years. He noted that changes in the poles and high mountains are occuring much sooner that predicted. He cites the scale of the massive ice loss in August 2019 in Greenland was not expected to occur until about 2070

“We can surmise from this that the changes humanity has made to the composition of the global atmosphere are not just going to be severe, they’re going to be sudden”, he said.

He also suggests that given these studies, that the number of people who could be affected by sea level rise is likely a conservative estimate.