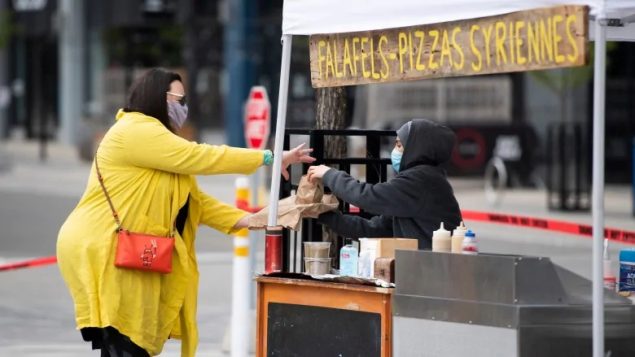 A customer picks up a fresh order from the Falafel Guys at the Ottawa Farmers' Market at Lansdowne Park in June. Low-wage earners and women were among the hardest hit when lockdowns in March and April led to three million job losses, and cut hours for 2.5 million more. (THE CANADIAN PRESS/Justin Tang)

Central bank governor says uneven recovery a challenge for everyone

The Bank of Canada’s governor is sounding an alarm about the future of women, young people and low-wage workers as the country tries to recover from the COVID-19 pandemic.

In a speech to the Canadian Chamber of Commerce in Toronto on Thursday, Tiff Macklem said that women and young people are more likely now to be permanently laid off from their jobs due to the pandemic.

And that, said Macklem, who took the post in June warning of a “bumpy” road ahead, could pose a threat to a broader economic recovery.

Low-wage earners and women were among the hardest hit when lockdowns in March and April led to three million job losses, and cut hours for 2.5 million more.

“Striving for equality of opportunity is simply the right thing to do. It’s also good for growth. The loss of jobs for women, youth and low-wage workers is a problem for us all,” reads the text of his speech, provided in advance to journalists.

“If these workers become discouraged and leave the labour force or lose valuable skills over time, their reduced economic participation will lower our potential growth, limiting living standards for everyone.”

Macklem said permanently laid off workers take on average twice as long to return to work as people on temporary layoff.

That, he said, risks long-term damage to their jobs prospects and a lasting drag on earnings, specifically for youth. 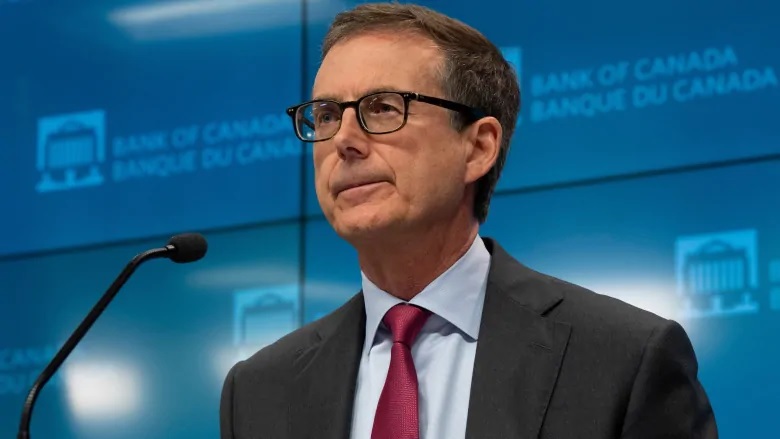 Bank of Canada Governor Tiff Macklem speaks during a news conference at the Bank of Canada Thursday. Macklem says the slower return to work for youth, women and low-wage workers is putting the greater recovery at risk. (The CANADIAN PRESS/Adrian Wyld)

Macklem said getting people back to work is the best way to improve economic outcomes over time and  the central bank is doing everything it can to support growth and get people back on the job.

That includes buying bonds and other assets from banks to stabilize their balance sheets–a process known as quantitative easing.

The bank has been buying up to $5 billion a week under its QE program, and has made it clear it has no plans to wind down the program any time soon.

Macklem said the program will be adjusted as needed to deliver some monetary stimulus as the economy requires.

“We know that monetary policy is a broad macroeconomic instrument that cannot target specific sectors or workers. But growth and how it is shared are not independent,” Macklem said.

On Wednesday, the bank said it was maintaining its benchmark interest rate target on hold at 0.25 per cent.

It’s been there since March and in a statement, the bank said it will stay there until economic slack is absorbed and a two-per-cent inflation target is “sustainably achieved.”

Like other countries, Canada’s economy has been battered by the COVID-19 pandemic. 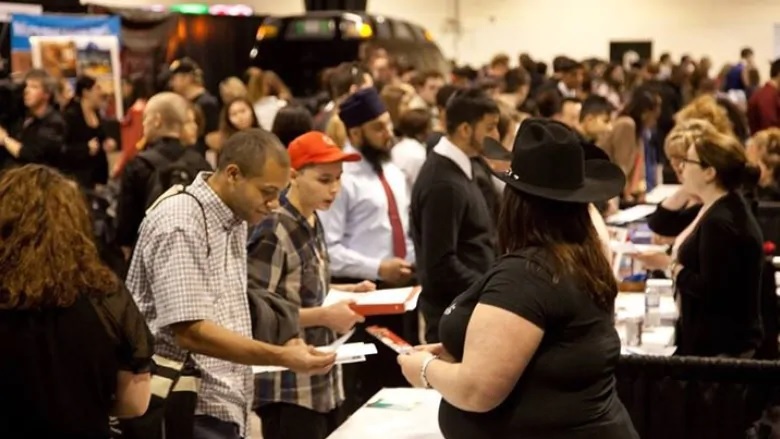 People are seen looking for jobs in Calgary last year. Macklem said permanently laid off workers take on average twice as long to return to work as people on temporary layoffs–generating a risk of long-term damage to their jobs prospects and a lasting drag on earnings, specifically for youth. (City of Calgary Youth Employment Centre)

Statistics Canada reported in August that the country’s economy shrank at the fastest pace on record in the second quarter, as consumer spending, business investment, imports and exports all dried up because of COVID-19.

The figures showed Canada’s gross domestic product shrank by 11.5 per cent in the three-month period between April and June and that was a 38.7 per cent pace of contraction for the year as a whole, far and away the steepest and fastest decline on records that date back to 1961.

Canada has gained back nearly two million of the jobs lost, but the pace of gains for women, youth, Indigenous people as well as workers from diverse communities have not seen as sharp a rebound.

And despite the economy adding 246,000 jobs in August–the fourth consecutive month of gains following COVID-19 spring lockdowns–the country still has 1.1 million fewer paid workers than it did in February.