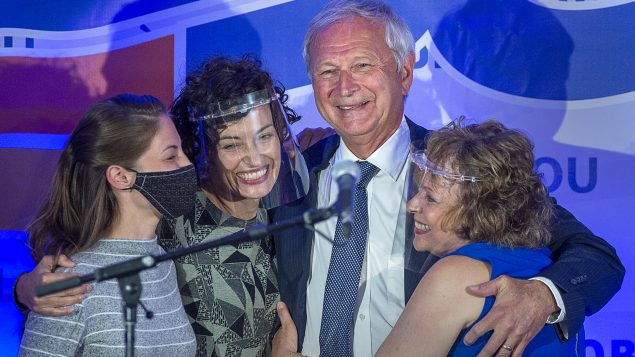 Premier Blaine Higgs embraces his wife, Marcia Higgs, right, and daughters Rachel Hiltz, left, and Lindsey Higgs after winning the New Brunswick provincial election on Monday. The Progressive Conservative leader called the first provincial election during the COVID-19 pandemic and there was no door-to-door canvassing and no distribution of hand-held brochures. (THE CANADIAN PRESS/Andrew Vaughan)

On Monday night, his Progressive Conservatives won a majority.

With all votes counted, the Tories were elected in 27 ridings, the Liberals in 17, the Green party in three and the People’s Alliance in two. 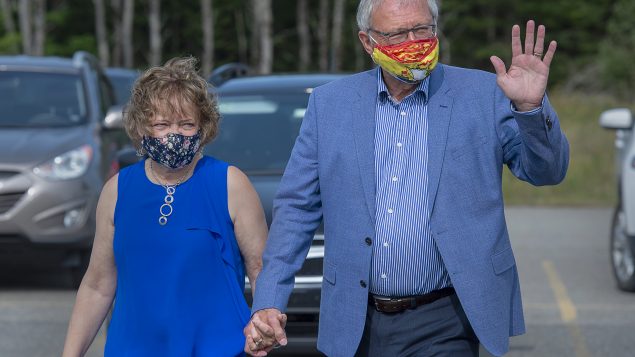 Premier Blaine Higgs arrives with his wife Marcia to vote in the New Brunswick provincial election in Quispamsis, N.B. on Monday. The province has one of the lowest levels of COVID-19 infection in Canada–something Higgs referred to often in the 28-day race. (THE CANADIAN PRESS/Andrew Vaughan)

It was the first election in Canada since COVID-19 struck Canada and the first time a government in New Brunswick has won two consecutive terms since Bernard Lord led the Tories to re-election in 2003.

“Tonight we have a newfound commitment to each other and to our government’s plan,” Higgs said in his victory speech.

Soon after Higgs delivered his victory speech, Liberal Leader Kevin Vickers announced he would be stepping down.

“Obviously with the results of this evening, it’s time for another leader to step up and take this party forward,” he said. “I’m hoping the next leader will take the torch and bring it up higher.” 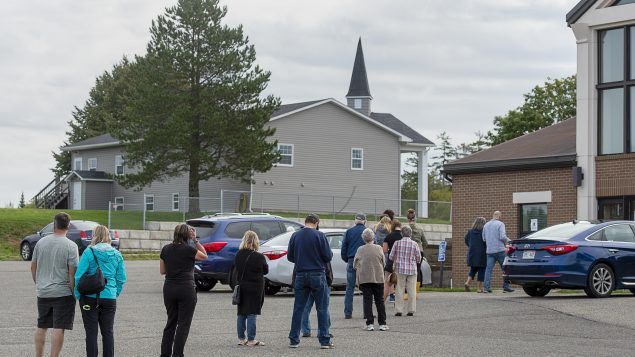 Residents maintain physical distancing as they line up to vote in the New Brunswick provincial election at St. Mark’s Catholic Church in Quispamsis on Monday. (THE CANADIAN PRESS/Andrew Vaughan)

And make no mistake, CBC pollster and pundit Éric Grenier says, COVID-19 played a key role in this vote.

New Brunswick has one of the lowest levels of infection in Canada–something Higgs referred to often in the 28-day race.

He also cited forecasts suggesting the province was leading the country in terms of an economic recovery.

Higgs highlighted the fact that New Brunswick had experienced a smaller economic contraction than the rest of Canada due to COVID-19, mainly because the province contained the virus quickly.

Vickers countered with a gloomier view, saying the Tories were pretending that everything had returned to normal, when “businesses are still feeling the repercussions of the COVID-19 pandemic.” 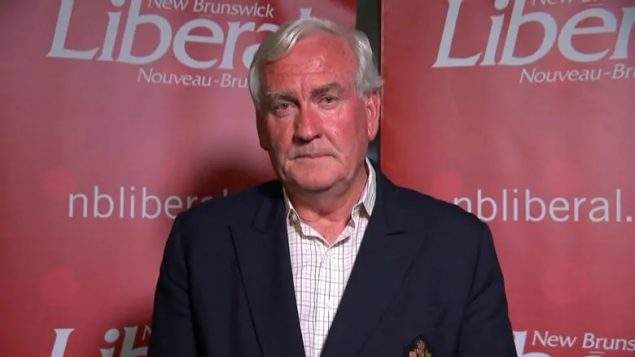 Kevin Vickers announced that he would step aside as Liberal leader. “I’m hoping the next leader will take the torch and bring it up higher,” he said. (CBC/Mike Heenan )

As with so many other things, COVID-19 managed to turn a political race on its head.

Few candidates campaigned door-to-door, and those who did were careful to wear a mask and stand well back when speaking to voters. There were no handshakes, no kissing of babies, and no big rallies. 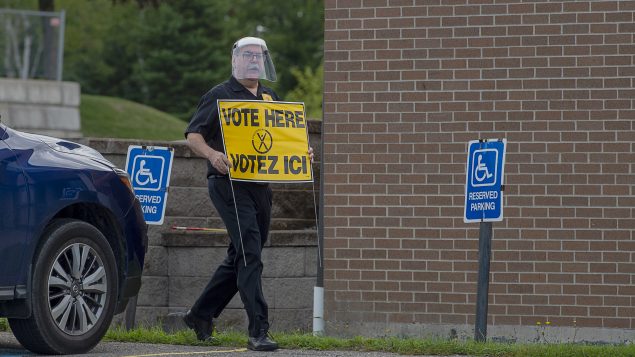 An election worker carries a sign at a voting place for the New Brunswick provincial election in Quispamsis on Monday. The vote was the first of any consequence in Canada since COVID-19 turned life upside down. THE CANADIAN PRESS/Andrew Vaughan)

Campaign literature was sent through the mail.

Higgs, a 66-year-old former Irving Oil executive, cast himself as a dull but dependable in a crisis.

“Maybe I’m boring, but I’m no surprise,” he said last month. “I’m consistent. You can trust me.”