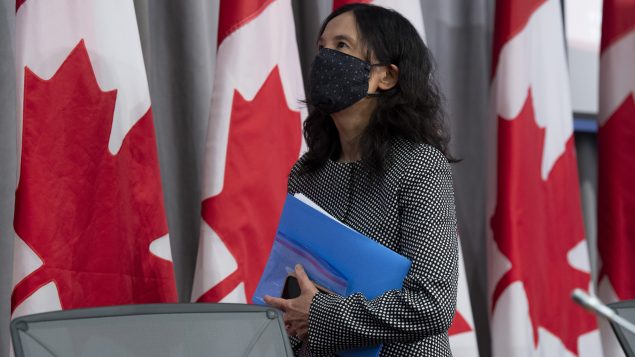 Chief Public Health Officer Theresa Tam waits for space to leave a news conference Tuesday in Ottawa. She says the country has reached a 'crossroads' in its battle to limit the damage from COVID-19. (THE CANADIAN PRESS/Adrian Wyld)

Canada’s Public Health Agency says the country has arrived at crucial turning point in its battle to contain the COVID-19 pandemic.

“Canada is at a crossroads and individual action to reduce contact rates will decide our path,” said a federal presentation document provided to reporters on Tuesday.

“We’re at a bit of a crossroads,” the country’s chief public health officer, Dr. Theresa Tam, told a news conference in Ottawa, adding that if Canadians retreat to small social circles and avoid large get-togethers, the country “can manage without a lockdown.” 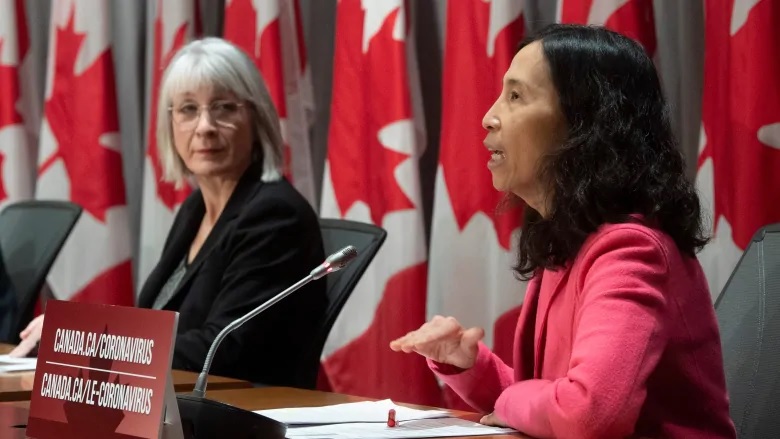 Minister of Health Patty Hajdu, left, looks on as Chief Public Health Officer Theresa Tam responds to a question during a news conference in Ottawa on Tuesday. (THE CANADIAN PRESS/Andree Wyld)

Tam said that if people keep coming into close contact with the number of people they do now, the epidemic curve will rise from the current average of about 1,000 cases a day to five times that number by the end of October.

“My message today is the time is now,” Tam said.

The Public Health Agency of Canada’s latest modelling predicts up to 155,795 cases and up to 9,300 deaths by early October if the current trajectory of the epidemic continues.

The data also show that outbreaks are now being reported in a greater number of settings, including as a  result of private gatherings, as well as in long-term care homes and schools.

And the virus is accelerating nationally and unevenly across Canada, with the Atlantic provinces continuing to show a lower percentage of cases than the rest of Canada. 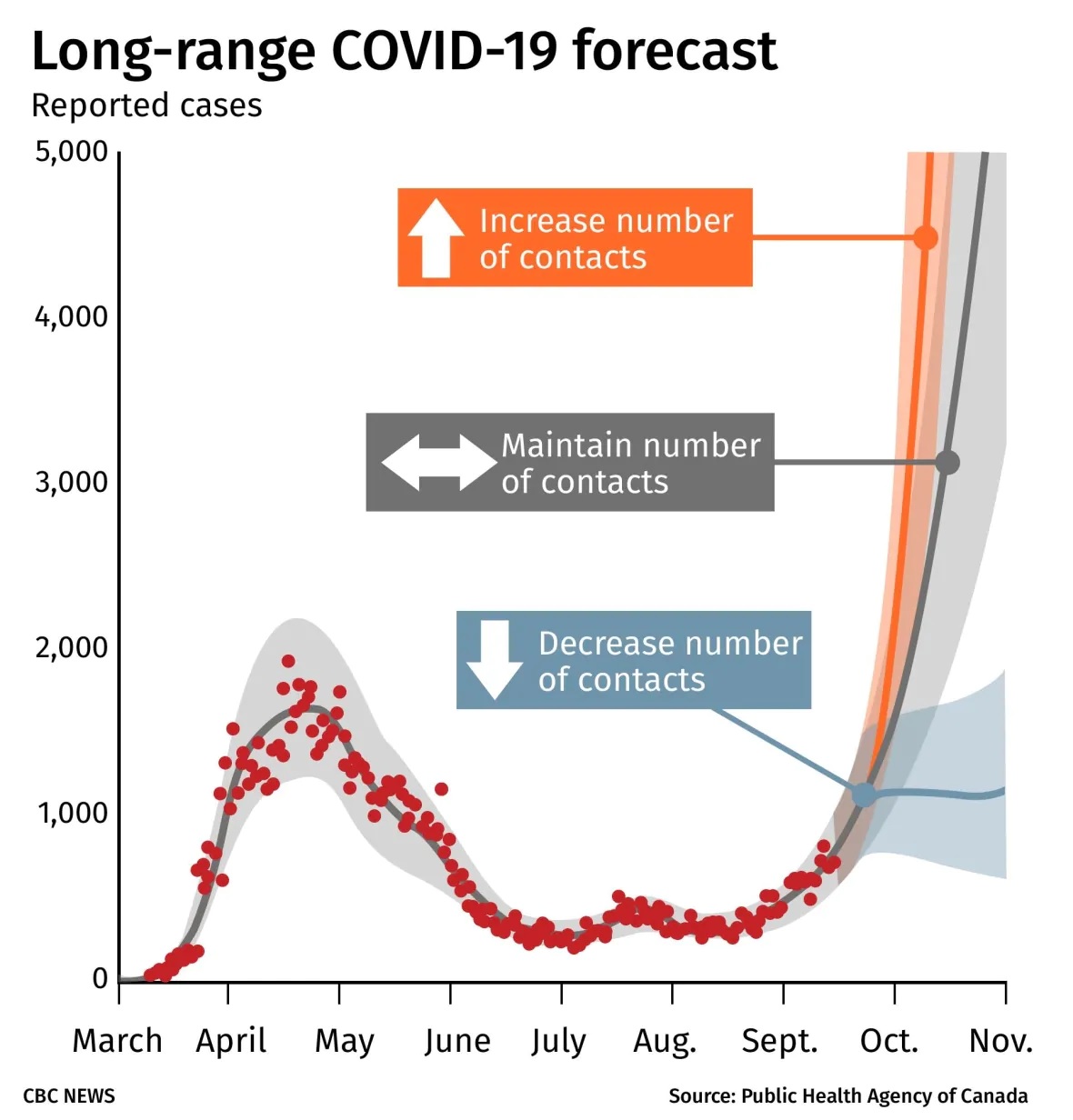 Noting that there has been a significant demographic shift in the COVID-19 caseload since June–with the most infections now being reported in Canadians aged 20 to 39–Tam issued a special appeal to young people.

“We can own this pandemic, and not let it own us.”

Tam said the epidemic is capable of surging into a “very sharp and intense peak” because most Canadians don’t have immunity to the virus.

“This surge could overwhelm our health system capacity and significantly impact social and economic systems as well,” she said.

“The challenge we face now is to stay the course no matter how weary we may feel.”

With files from CBC News (Kathleen Harris), The Canadian Press