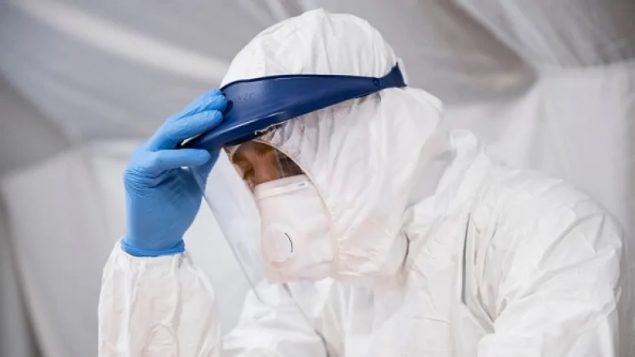 A health-care worker wears protective gear at the Giovanni Bosco Hospital as northern Italy continues to be in the grip of COVID-19 on Thursday in Turin, Italy. (Stefano Guidi/Getty)

As more countries report more outbreaks of COVID-19 and stock markets around the world continue to tank, the first presumptive case of the coronavirus has been detected in Quebec.

Quebec Health Minister Danielle McCann told a press conference on Thursday it was detected in a woman who recently returned from Iran.

McCann said the woman is currently in isolation at home, adding that the diagnosis is considered presumptive until it is confirmed by the National Microbiology Lab in Winnipeg.

There are currently 21 other possible cases under investigation in Quebec. 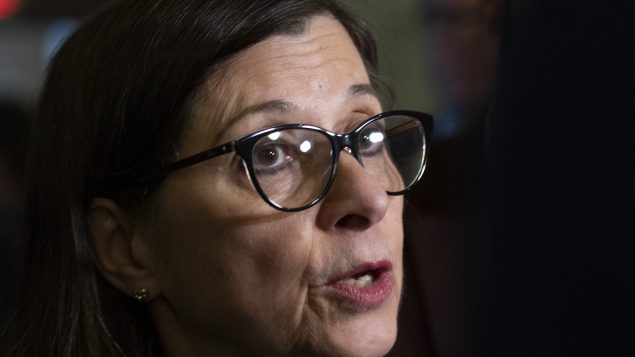 The news comes as the CBC’s Amina Zafar reports that Canadian hospitals are gearing up their disaster preparedness plans.

“Current efforts to control the epidemic focus on keeping community spread at bay. “If it’s declared a pandemic, that will shift to slowing down the spread of the virus in populations where it’s taken root,” Zafar writes.

“We need to shift our thinking into this is going to become a problem within Canada within a matter of weeks to months.” 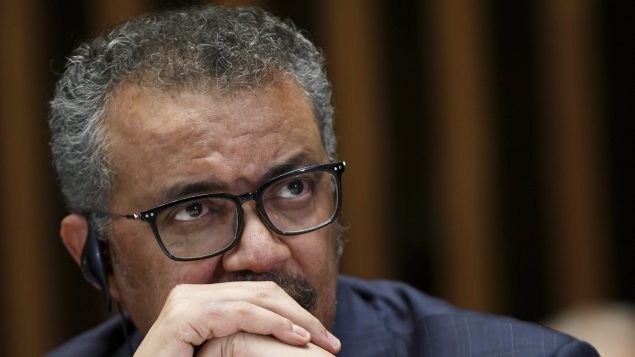 “We’re at a decisive point,” he told reporters.

In Lagos, Nigerian authorities reported the first case of the COVID-19 in sub-Saharan Africa, a region with some of the world’s weakest health systems.

Officials said the case involved an Italian citizen who entered Nigeria on Tuesday from Milan on a business trip and fell ill the next day. 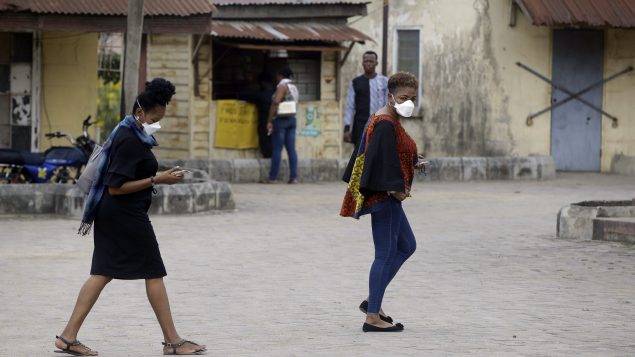 Women wearing face masks walk by the Yaba Mainland hospital, where an Italian citizen – the country’s first case of the COVID-19 virus – is being treated, in Lagos, Nigeria. It’s the first confirmed appearance of the disease in sub-Saharan Africa. (Sunday Alamba/AP Photo)

Lagos is Africa’s largest city, with a population of over 20 million people.

Over 83,000 people in 53 countries have now been affected

The virus does not yet have a cure or a vaccine, and health experts say development of a vaccine would likely take at least a year.