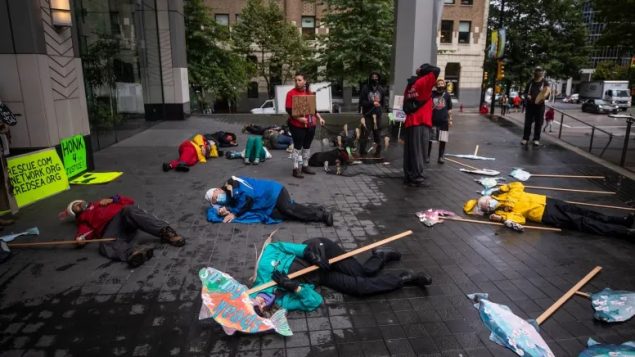 The Wild Salmon Defenders Alliance stage a "wild salmon die-in" in front of the Department of Fisheries and Oceans office in downtown Vancouver, British Columbia last Thursday. The group wants the removal of 18 open-net fish farms in the Discovery Islands. (Ben Nelms/CBC)

Federal officials say pathogens from fish farms in British Columbia’s Discovery Islands are not a threat to wild salmon in the region, near Campbell River.

In a teleconference call on Monday, Department of Fisheries and Oceans officials fish farms affect less than one per cent of the wild salmon stocks.

They made the assessment after local First Nations raised concerns about salmon farms in the area and called for the removal of 18 of the farms. 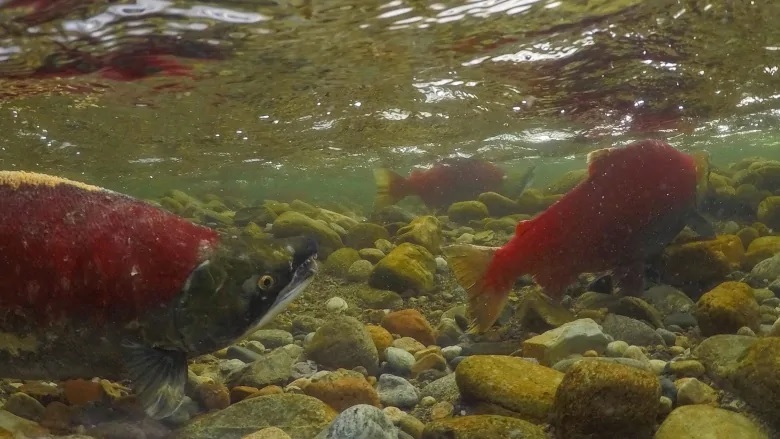 This year is turning out to be a devastating one for Fraser River sockeye salmon, with the lowest forecast return since tracking began in 1983, according to the Pacific Salmon Commission. (Chris Corday/CBC)

The DFO has been conducting a series of assessments based on recommendations from the Cohen Commission, an inquiry into dwindling Sockeye salmon stocks in the Fraser River.

On Monday, it said it will consult with seven First Nations on the islands to decide whether to renew the licences of area fish farms before they expire in December.

The meetings are expected to begin next month and come as a recommendation deadline by the Cohen Commission looms. 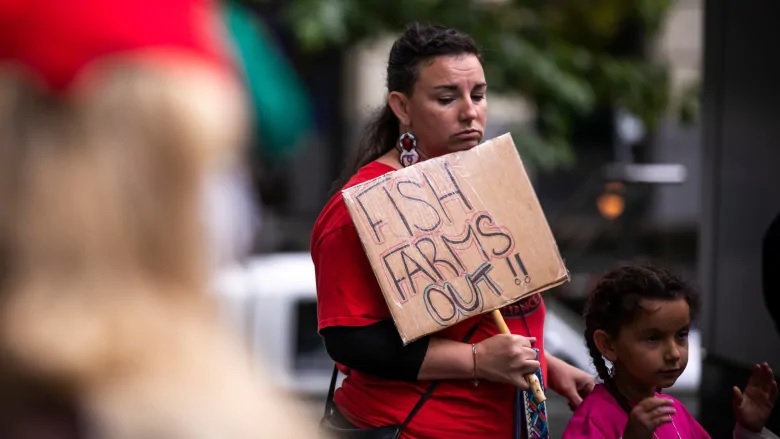 Protestors are seen at demonstration in front of the Department of Fisheries and Oceans office in Vancouver last Thursday calling for an end to open-net fish farms in B.C. (Ben Nelms/CBC)

Recommendation No. 19 in the report calls for the prohibition of the Discovery Islands fish farms by Sept. 30, 2020, unless there is proof they pose only a “minimum risk of serious harm to the health of migrating Fraser River salmon.”

According to the office of Fisheries and Oceans Minister Bernadette Jordan, a decision is coming soon.

“We have acted on all 75 recommendations in the Cohen Commission. 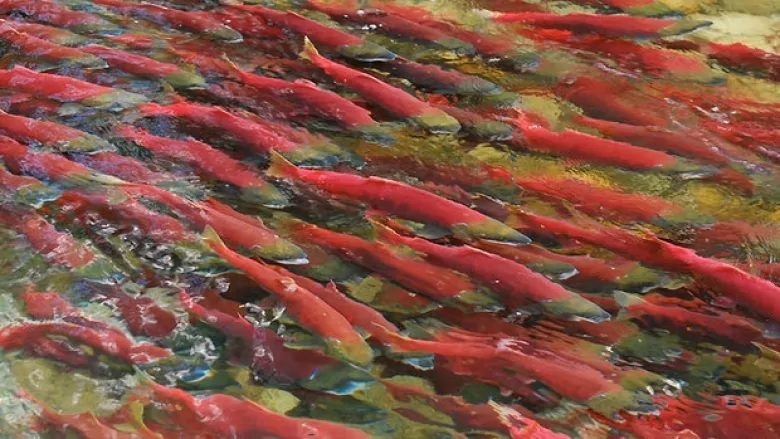 In 2014, sockeye were plentiful. No More. (CBC/Submitted by Matt Casselman)

“In regards to Recommendation #19, eight of the nine risk assessments have been completed to date, and the final one is scheduled to be released before the end of the month.

“The deadline to respond is September 30th, and we will have more to say on this matter very soon.”

In August, B.C. First Nations issued an ‘urgent’ call on Ottawa to take action to save the salmon, which are predicted to hit a record low this year.

According to B.C. Salmon Farmers Association, fish farms employ 7,000 people in the province and contribute  $1.5 billion into the economy.