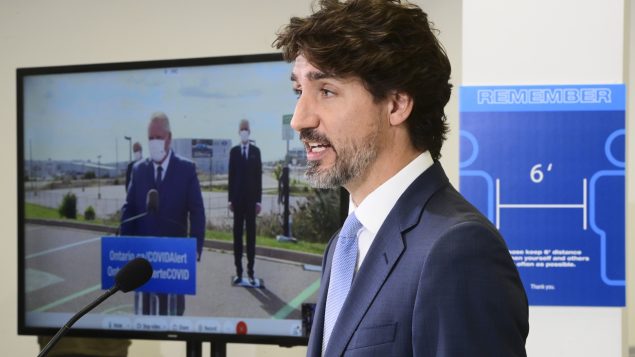 The project, valued at $1.8 billion, will include federal and provincial contributions of $295 million each.

The Oakville plant currently employs about 3,400 workers. The federal government says the upgrade is expected to help secure 5,400 jobs across Ford’s production workforce in Canada.

Prime Minister Justin Trudeau and Ontario Premier Doug Ford called the joint investment an important step in building the next generation of Canada’s auto industry as it increasingly shifts towards green technology.

“From aluminum in Quebec to nickel in Ontario, this investment will make a huge impact throughout the supply-chain,” Trudeau said, adding that it positions Canadian workers for success.

Ford, who spoke remotely from the Oakville plant, said the deal marks a new chapter for Ontario’s auto industry.

“We’re laying the groundwork for the long-term recovery and prosperity of our province,” Ford said.

Jerry Dias, national president of Unifor, the trade union that represents the automotive industry workers, said retooling the Oakville plant to produce electric vehicles will save thousands of jobs and commended Trudeau “for his vision and leadership.”