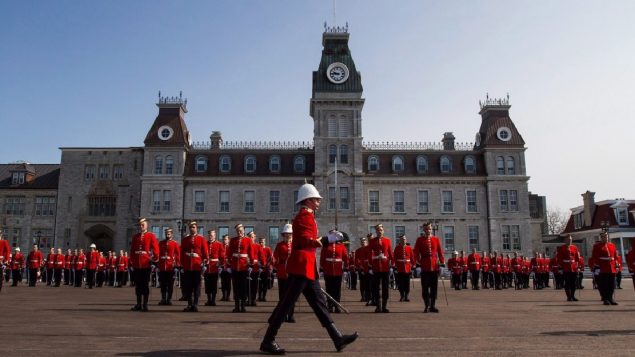 Members of the graduation class of Royal Military College of Canada stand in the square at RMC during graduating ceremony in Kingston, Ont., on Friday, May 20, 2016. A new survey finds a relatively high percentage of offensive behaviours among the students, most often against female cadets.(THE CANADIAN PRESS/Lars Hagberg)

A report by the federal agency Statistics Canada looked at the situation in Canada’s two military colleges in 2019 regarding sex assault, unwanted sexualized behaviour and discriminatory behaviour.

It found a relatively high percentage of usually minor but nonetheless offensive behaviours were occurring especially in regard to female officer-cadets, and mostly committed by other officer-cadets. Officer cadet ages at the institutions are in the 18-24 range. 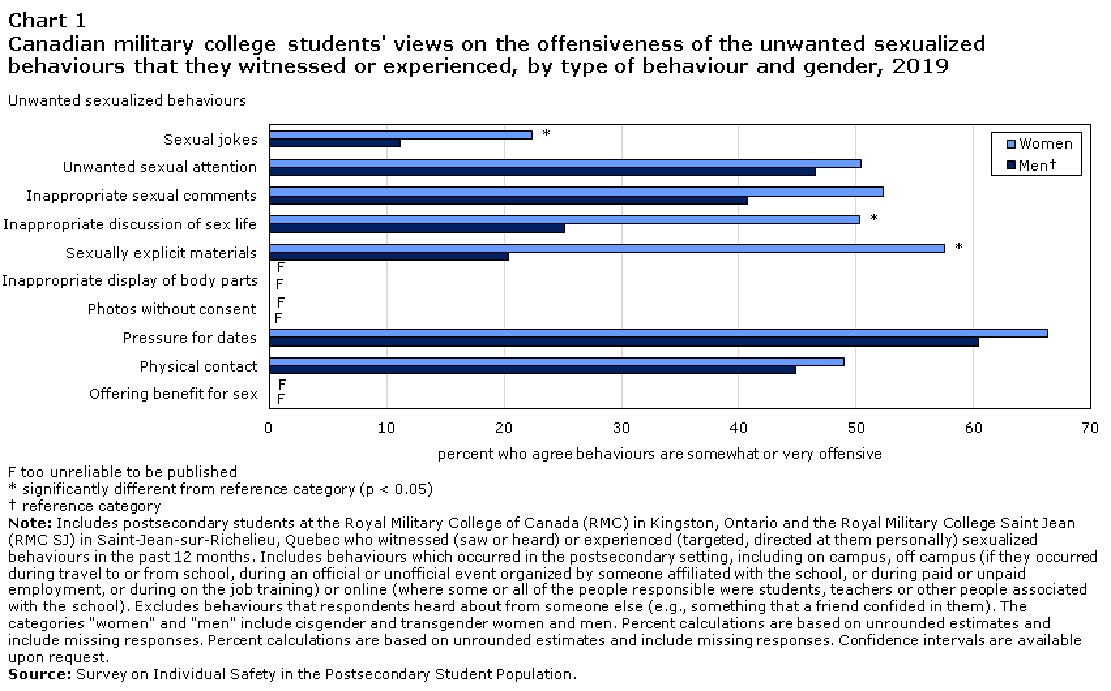 The key findings were that a majority of the men and women (68%) had witnessed or experienced such a behaviour, including commonly sexual jokes, inappropriate discussions about sex life, or sexual comments about appearance.

Women were more likely than men ( 52% vs 21%) to experience such behaviour and to consider them offensive.

Some 40 per cent also witnessed or experienced discriminatory behaviour often relating to suggestions that a man is not acting like a man is supposed to.

Sexual or inappropriate touching of students was most common form of assault, and women were the most common recipients and also reported a higher level of mental or emotional effects.

Most said they did not report the incident because they felt it was not serious enough. 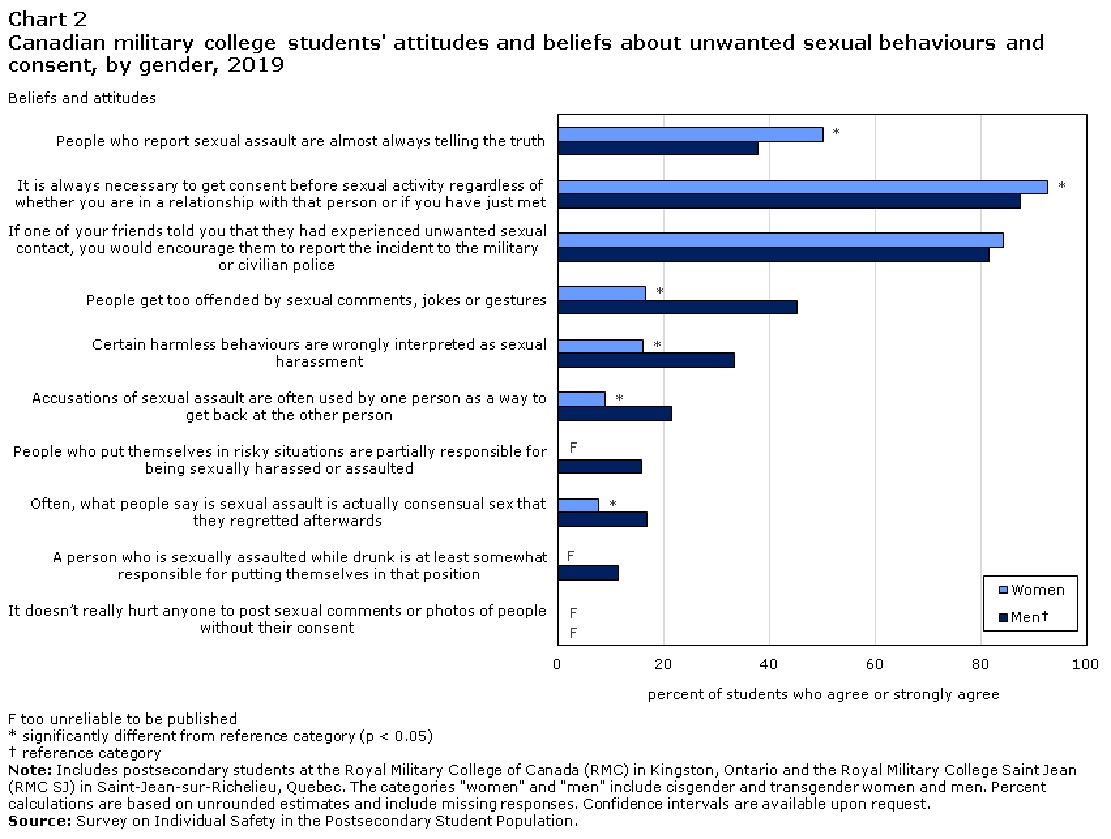 Women CMC students were also more likely to agree with statements that were generally supportive of victims of unwanted sexualized behaviours. For instance, half (50%) of women agreed or strongly agreed with the statement that “people who report sexual assault are almost always telling the truth,” compared with less than two in five (38%) men. This particular finding was lower than what was observed among women in the general student population (60%), but not statistically different from men (40%).
(Statistics Canada-2020)

The two military colleges have come under criticism before. In 2017  Canada’s Auditor-General looking at RMC Kingston found incidents of drunkenness, drug abuse, and mental stress.

He said the school was not turning out quality officers who would be ‘role models for their peers’ stating,”the academic environment at the college does not consistently support the teaching of military conduct and ethical behavior”.

In regard to this latest Statistics Canada study of behaviours military statement said, We must and will do better to ensure that all instructors, staff and officer cadets are aware of their responsibility to create a safe and accepting space for all those at Canadian military colleges. Sexual misconduct runs counter to our military ethos and to the national values the CAF upholds and defends. We are deeply concerned about the wellbeing of our officer cadets; particularly those who experienced sexual misconduct. We will continue to offer support to those who have experienced sexual misconduct”.

The military notes that prior to this study starting in spring of last year, it was working on

steps to educate officer-cadets about their expected conduct and their duty to report when witnessing any form of sexual misconduct. At RMC Kingston, the Sexual Misconduct Response Centre has been developing a programme of prevention involving specialzed training, “for all academic and military staff to better prevent, recognize, and respond to sexual misconduct”

The CMRSJ also developed the Women’s Acheivement Committee and Women’s Network to solve systemic issues and offer mentoring and other support to female cadets.

The study was comprehensive looking at many facets of the issues and the Canadian Armed Forces and Department of Defence said the findings will form a baseline to determine progress on these issues saying in a statement released today, “These results indicate we need to do more as an institution to foster an environment of mutual respect, trust, and dignity”.