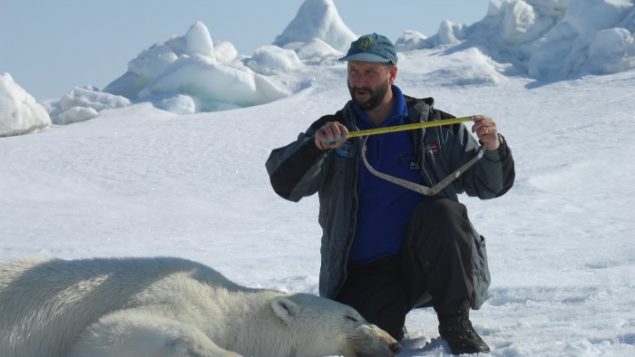 Until 2020, every year scientists like Andrew Derocher measured polar bears and put on tracking devices to study how they are doing. (Andrew Derocher)

For the first time since 1980, important field research on polar bears near Churchill, Manitoba will not take place and this, because of the COVID-19 pandemic and travel restrictions.  Usually, in September, scientists get transportation by government helicopter so they can sedate more than 100 bears. The bears are measured and fitted with ear tags or special collars that transmit data on their movement to a satellite and back to scientists’ desktops. Batteries run out eventually and the collars are programmed to fall off. They are later retrieved, new batteries put in and the collars are placed back on the bears. 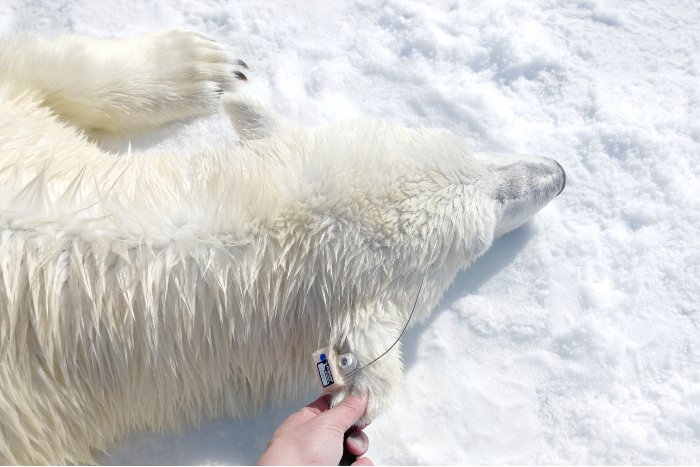 “Satellite ear tag radio that provides one location per day. These are the tags that we have been deploying in the last years out on the sea ice in the spring but were unable to do so in 2020. These provide information on habitat use, movement, site fidelity, and timing of return to land – these are all relevant to understanding and monitoring the effects of climate change,” explains Andrew Derocher. (Andrew Derocher)

“This will be a mystery year,” says Andrew Derocher, a biology professor at the University of Alberta and long-time polar bear specialist. He notes that earlier this year there was more ice for bears to hunt from and the bears appeared fatter.  But it is important to follow up and see how they have progressed. In recent years, the population has dropped from 1,200 to 800 and it would be good to know if the number has stabilized, he says. Polar bears in Hudson Bay have been studied for a long time. In particular, Derocher has been monitoring how climate change is affecting them.

There are two issues of particular focus: have the numbers declined because ice cover is changing due to climate change or is the number of seals, which polar bears eat, declining. To some extent, it could be both. But this year there will be a hole in the data used to try to puzzle this out. 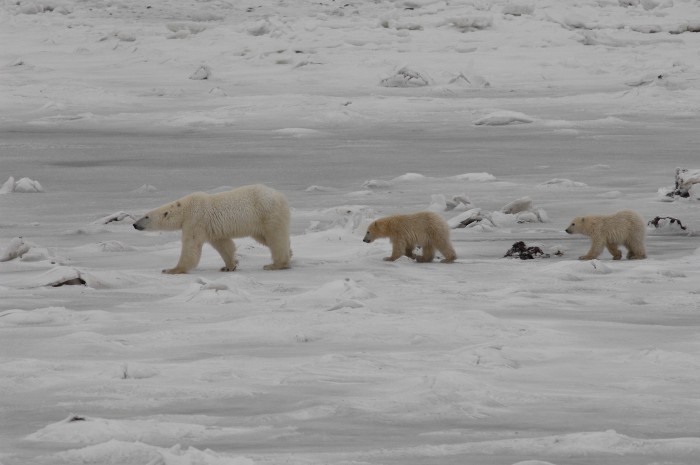 “Mother with 2 cubs-of-the-year (about 10 months old) waiting for the sea ice to reform. Cubs nurse for 2.5 years and rely on fat stores of their mother to produce milk when seals are unavailable. If a mother drops too low in body condition, she stops lactating and the cubs, which have low fat stores themselves, often succumb to starvation. The date of sea ice break up and freeze up are critical as the bears use almost 1 kg of body weight per day when not feeding. The ice-free period in Hudson Bay has increased over the past decades,” says Andrew Derocher. (Andrew Derocher) 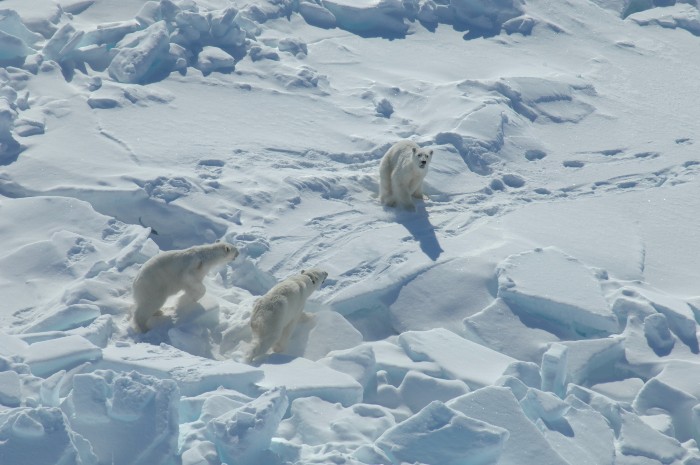 “Adult female polar bear with her 2 year cubs. The mother is wearing a tracking collar that provides 6 locations per day that are sent by satellite,” explains Andrew Derocher. 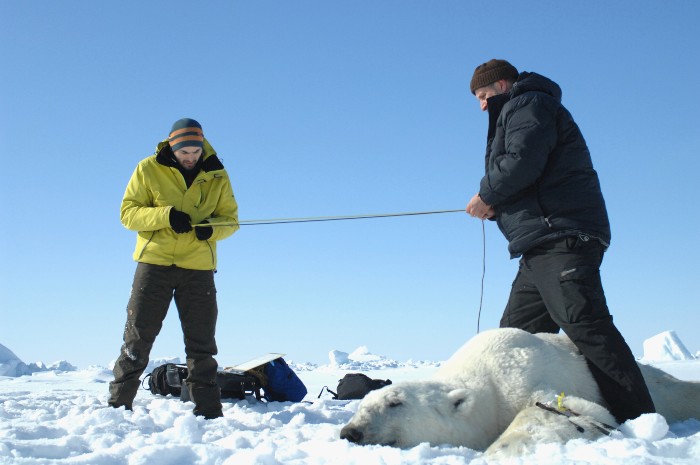