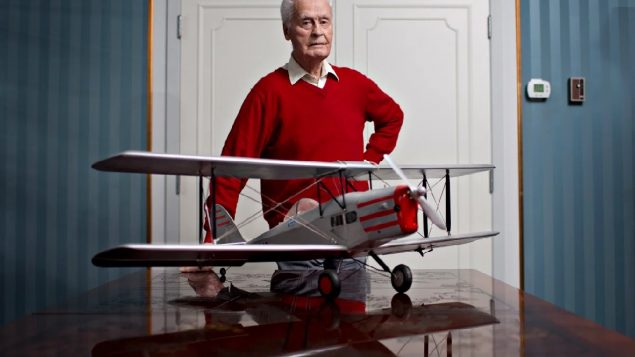 His name is Max Ward,  He died this week at his home in Alberta just shy of his 99th birthday.

Born in Edmonton in 1921, he obtained his pilot’s licence in 1941 and then became an instructor in the Royal Canadian Air Force during the Second World War.

However it is really his pioneering work in charter flights to the north, and later creation of his own major airline that have made him legendary in Canadian aviation circles.

Post war  he began a charter service with a small DeHavilland Fox Moth which could carry up to four passengers or freight or a combination to northern sites and is said to have helped “build” the current city of Yellowknife.

Quoted by the Canadian Press, Yvonne Quick, a northerner and longtime friend said, “If it hadn’t been for people like Max Ward who came to Yellowknife back in the day and started working with the mines, there never would be a Yellowknife”.

In 1953 he bought a much larger DeHavilland Otter 14 passenger plane and began a commercial airline called ‘Wardair’ and operating winter and summer on skis or wheels and floats.  He transported any variety of cargo or passengers from miners to medical teams. machinery, food, fuel. 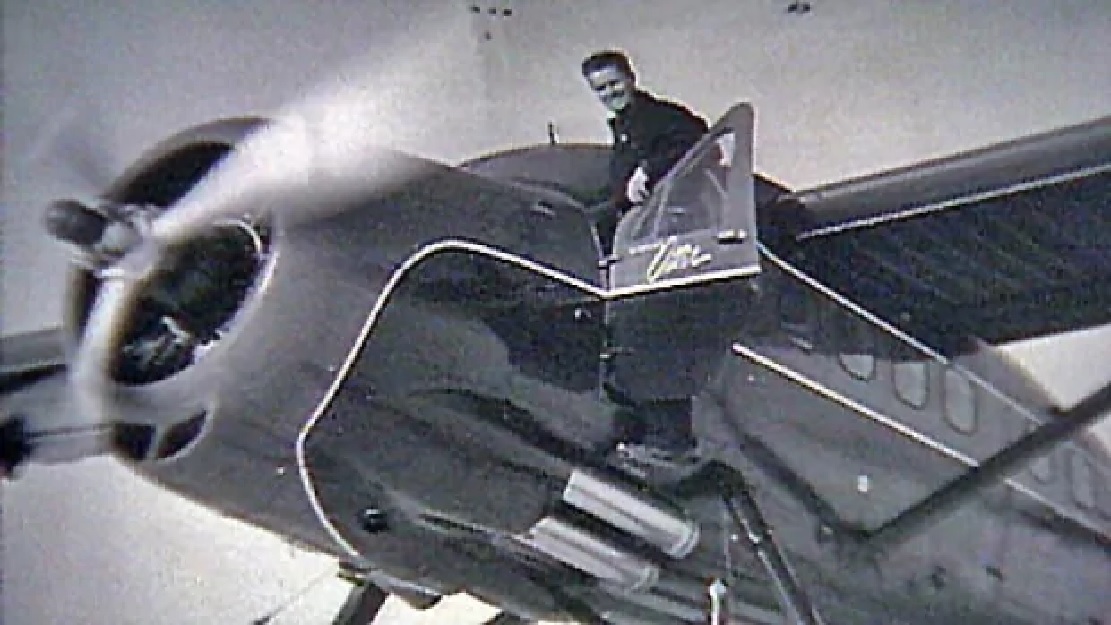 Max Ward climbing into the cockpit of his DeHavilland Otter, the start of his commercially registered airline ( CBC archives)

In the early days as a bush pilot, there was no radio contact and no GPS and few good maps as he flew across the vast stretches of uninhabited wilderness and tundra. His wife often wondered if she would ever see him again whenever he took off.

Fred von Veh, a lawyer who worked for Wardair was quoted in the CBC saying, “He did more for aviation in Northern Canada than any person ever did and any person ever will do,”

A shrewd businessman who was also well respected by friends and employees, the business flourished and other larger planes followed. 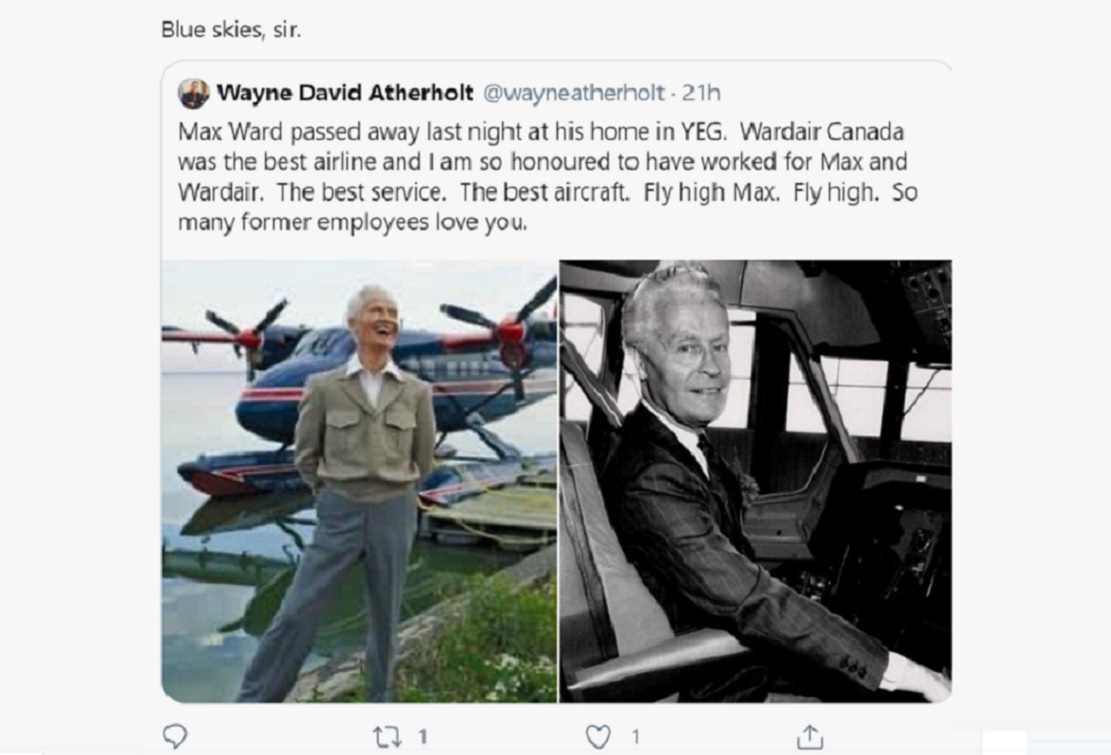 Max Ward inspired loyalty and admiration among his employees ( Twitter)

In the 1960’s he had six aircraft in the north, and an DC-6 four engine passenger plane to offer charter flights overseas from western Canada. Passenger jets were later added along with  other new destinations eventually with 747’s and DC-10s and by the 80’s he was offering scheduled domestic and international flights thus rivalling the big established airlines like Air Canada and Canadian.

He eventually sold Wardair to Canadian in 1989 and retired two years later.

Ward was inducted into the Canadian Aviation Hall of Fame in 1974, Canadian Travel Hall of Fame, Canadian Business Hall of Fame  several university honorary degrees and in 1975 was made an officer of the Order of Canada.