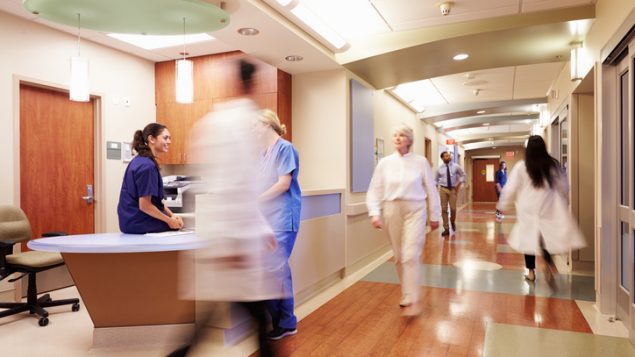 A new study compared Canada's universal health care system to that of 28 other countries, and Canada didn't do well. (iStock

Canadians love to boast about our ‘universal’ health care system that provides access to all Canadians with little or no direct costs to patients in a system paid for through taxes.

But a new international analysis of similar systems shows, Canada is not doing well in comparison.

The study by the non-profit Fraser Institute shows some serious concerns in our health care. The study is called  ‘Comparing Performance of Universal Health Care Countries 2020.

In comparison with 28 other countries with universal health care, the study analyses key areas such as costs, availability and use of resources, access to care, clinical performance and quality, and the health of Canadians, and uses statistics from 2018, the most recent year for comparable data.

First, it’s expensive. When adjusted for population age, Canada ranks number two in costs behind Switzerland, and seventh overall for expenses on a per capita basis..

For that investment however, and against 10 comparable developed countries, Canada has the longest wait times with the highest percentage (30%) who have to wait at least two months to see a specialist, and longest time for elective surgeries (18% who wait four months or longer).

(This was well before COVID which cancelled elective surgeries for months and has created an enormous backlog). 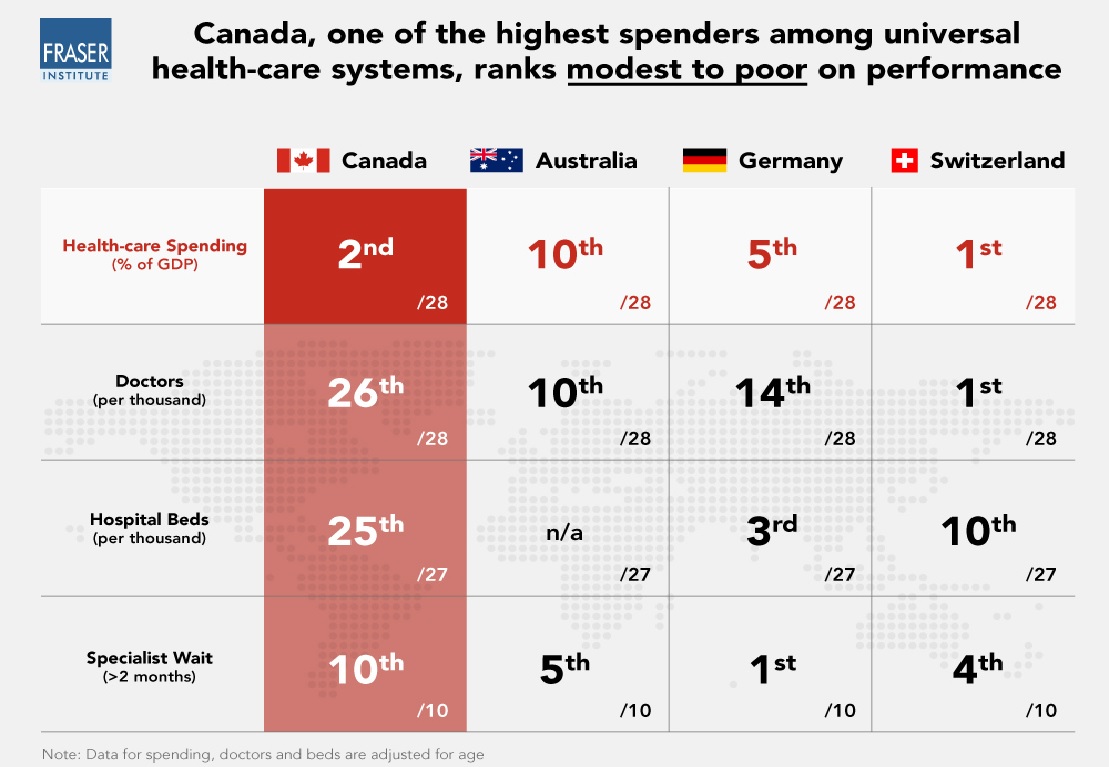 Canada is a highly technologically advanced country yet here again in terms of modern medical technology Canada is near the bottom. Compared to 26  others, Canada is 22nd for the number of Magnetic Resonance Imaging machines with 10.5 MRI machines per million people. 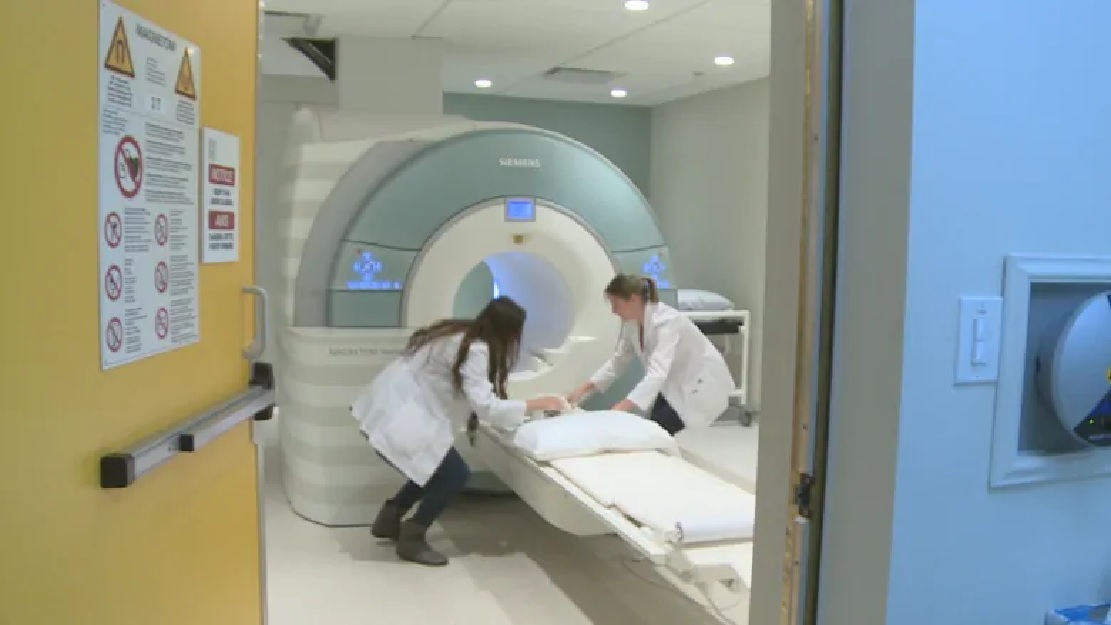 MRI machines are extremely valuable diagnostic tools, but Canada again has fewer available than most other developed countries. ( Laura Meader-CBC)

CT Scanners are another commonly used and important technological tool but here again Canada ranks near the bottom (21 out of 27 countries) with 16 scanners per million people.

The report notes, “The data examined in this report suggest that there is an imbalance between the value Canadians receive and the relatively high amount of money they spend on their health-care system.”

Co-author of the analysis is Bacchus Barua,  associate director, health policy studies at the Fraser Institute