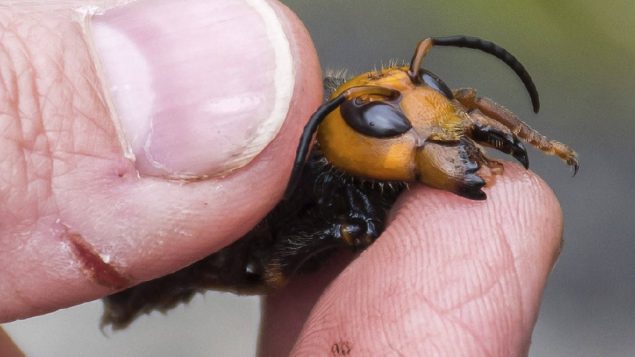 Image shows huge mandibles of the Asian predator which they use to chop of the heads of bees. The bodies are then used to feed their young (Apr 23/20- Karla Salp-AP- via Washington State Dept of Agriculture )

Two more of the Asian giant hornets have been found this month in British Columbia.

The huge stinging insects are the largest wasp-type insect in the world with queens growing to about 5 cm. and a wingspan that would cover  most of your palm.

Found across much of south-east Asia including China, Korea, Thailand Japan and elsewhere, they are an invasive species first found in N.America early last year in Nanaimo on Vancouver Island. That nest was destroyed, but other specimens were later found in Washington State and now as of this week, a total of six other individuals on the B.C. mainland not far from the U.S border. The sixth individual found this week was discovered near Langley B.C.

They’re called murder hornets, not really because of the threat to humans, but as apex predators just a few of which can completely destroy a nest of thousands of honey bees in a few hours.  They use the bee bodies to feed to their young. 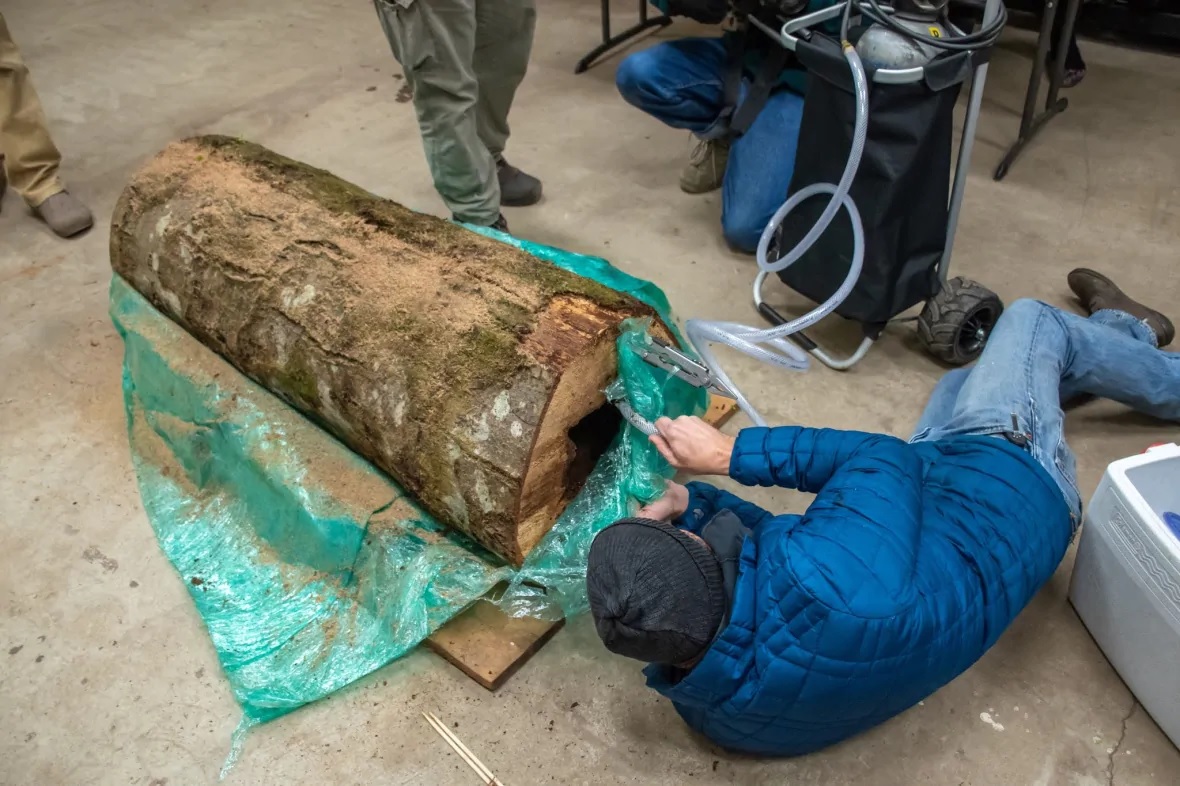 After a team of specialists dressed in protective clothing like spacesuits, neutralised the nest they cut down the tree taking the segment to a lab to further examine the nest (Washington State Dept of Agriculture)

Last month agents from the Washington State Department of Agriculture captured a couple of live Asian hornets and attached tiny tracker beacons to them. This eventually led to a nest in a hollow tree and late last month that nest was eradicated, “in the nick of time” according to one official.  It was the first nest found in the U.S. 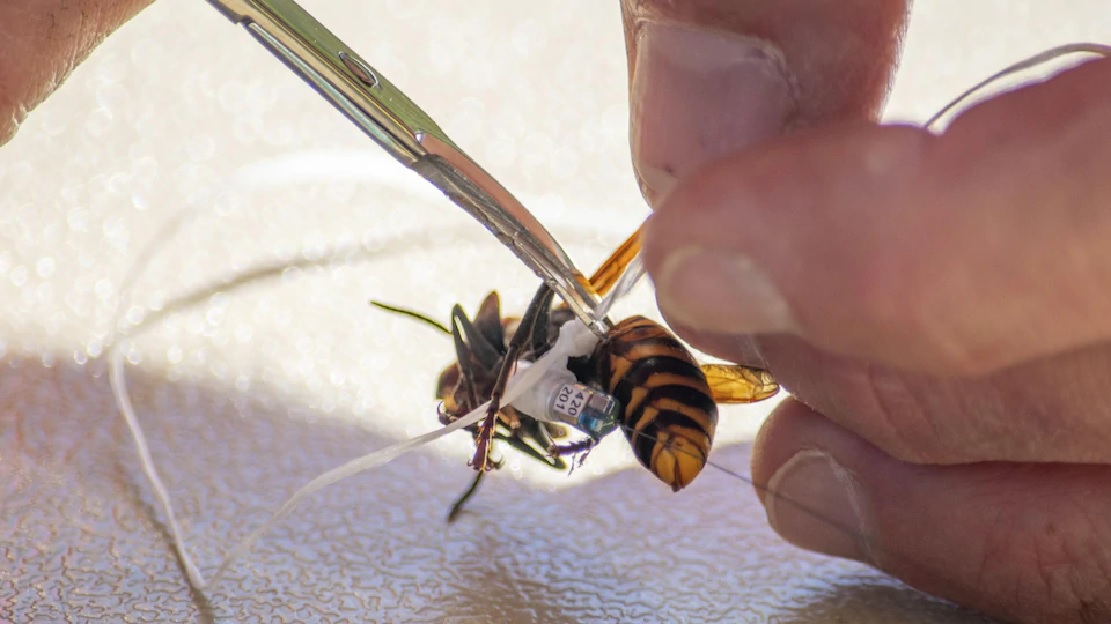 This was because the nest contained about 200 queens, with dozens of the queens ready to mate and fly off to establish new nests.

As native bees have no defence mechanisms, the fear is that if the Asian hornets become established, they could cause massive economic damage.as bees are critical to crop and other plant pollination and in turn would have a negative effect on ecosystems.

It’s not known how the invasive hornets arrived on the west coast, but a possible source is thought to be as hitchikers aboard container ships, although UPI reports they could have been imported to use wasp venom in a folk recipe used by bodybuilders.

Canadian and U.S. authorities are working in collaboration to find and eradicate any of the insects and especially nests.

They are asking beekeepers and others to report any sightings in order to ensure the species does not gain a foothold in N. America