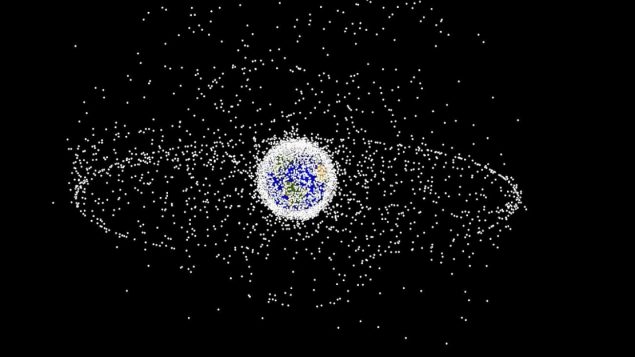 Space, at least around Earth is not a big empty place. In fact with thousands of objects now hurtling the planet in orbit, its become extremely crowded. A computer-generated image representing space debris as could be seen from high Earth orbit. The two main debris fields are the ring of objects in geosynchronous Earth orbit (GEO) and the cloud of objects in low Earth orbit (LEO). (image NASA Orbital Debris Prgm Office)

Astronomers vs tech giants in space

Too much reflection; difficult to detect incoming asteroids, meteors

On a clear night, perhaps while camping or out in the country away from city light pollution, you look at the sky and marvel at the stars.

You might also see one of the stars moving across the sky, or two, or three or more, only to realize it’s light reflecting off a satellite or perhaps the space station.

In fact the sky above the Earth is quite crowed with literally thousands of objects in various orbits circling the globe, ranging from satellites new and old, lost astronaut tools, debris from satellites that have smashed into each other, to a few thousand remaining copper needles.

The latter were part of a long forgotten 1963 project by the U.S to improve communications by using the half-billion thin copper needles as a communications antenna in a ring around the Earth.  Most, but not all have since burned up re-entering the atmosphere. It is thought some clumped together and still circle the planet along with the satellite canister that dispersed them.

Latest estimates are that there are some 3, 000 new and old satellites orbiting, amid some 23,000 other bits larger than a grapefruit.

For astronomers this space junk, more rightly called “orbital debris” is causing a bit of an issue for them.

That issue is expected to only increase with companies like SpaceX having been approved for 12,000 small satellites as part of its ‘Starlink’ system, with another 30,000 waiting for approval.

While reflections from the satellites already in orbit posing a problem for astronomers, the Starlink satellites would be even brighter as they are in lower orbit. Estimates are that by Christmas this year there will be some 1,000 Starlinks in orbit and visible in the northern sky in the couple of hours after sunset and before sunrise. 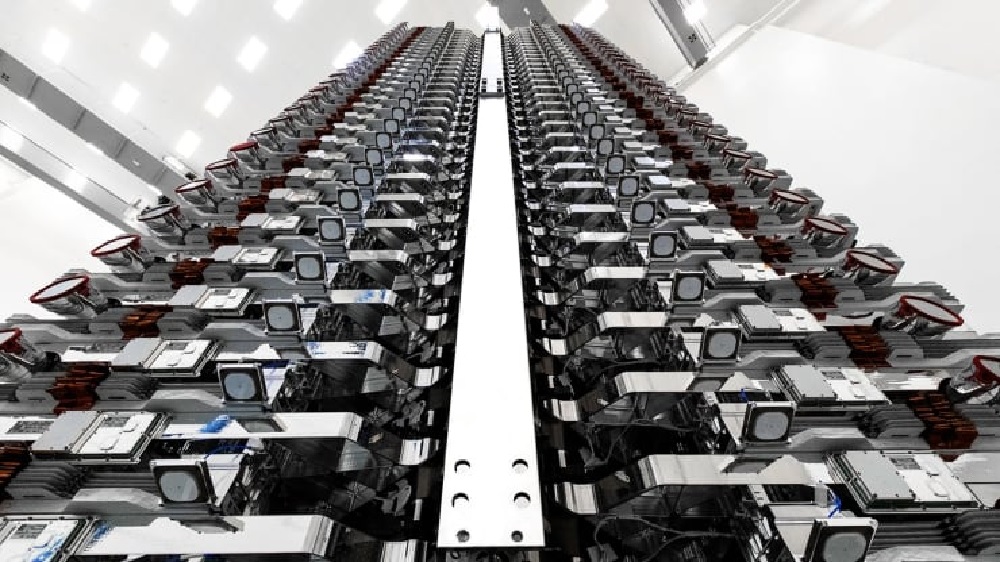 A stack of StarLink satellites ready for launching, 60 per launch ( SpaceX).

The concern of constellations of reflective satellites may be more than just an annoyance.

Samantha Lawler, assistant professor of astronomy, University of Regina, wrote in a artical that while professional astronomers and amateur astro-photographers will be adversely affected by the reflections from all these satellites there is a far greater concern, “ Discoveries of hazardous near-Earth asteroids will be particularly devastated by the hundreds of Starlinks confusing their targets, leaving Earth more vulnerable to world-altering impacts” 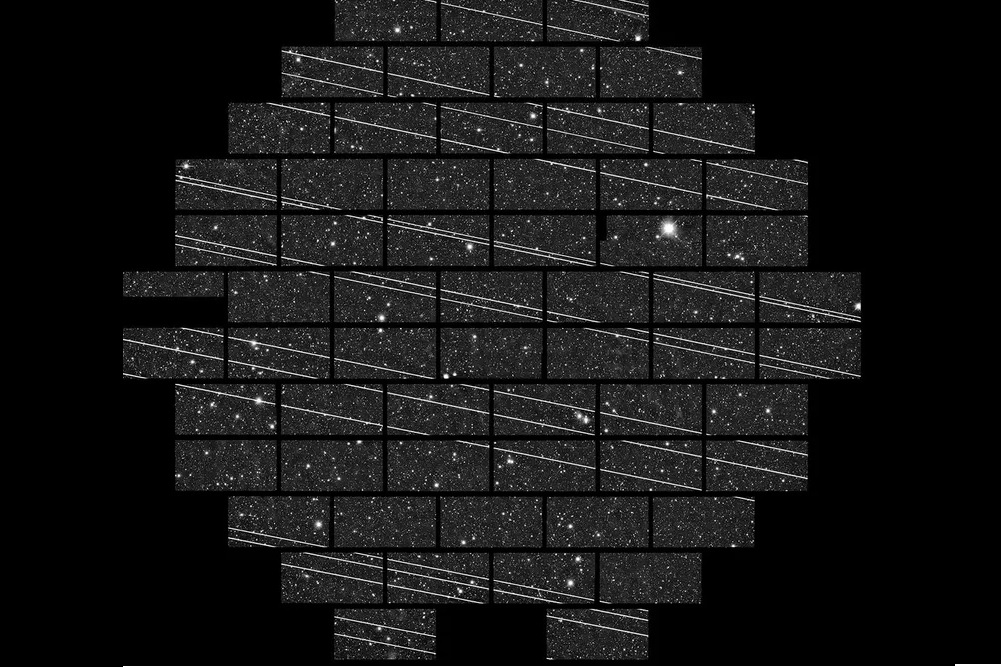 Of course not only SpaceX, but tech giants like Amazon and others are also planning new satellites and new clusters.  While StarLink will orbit low enough so that a dead satellite would eventually fall back to Earth, the low Earth orbit (LEO) is already a very crowded environment

Another issue is the probability of crashes creating more debris on entirely unpredicted trajectorys which could cause a chain reaction of crashes.  NASA scientist Don Kessler proposed this concern as far back as 1978 saying that the cascading crashes and debris could result in making space unusabe for decades. What was not know then was our current dependence on satellites for everything from communication to GPS,  surveying, farming, in fact almost everything we do is connected in some way to satellites. If the Kessler Syndrome were to occur it would have a devastating effect for activities on Earth.

Right now the only legal obligation is that a country, or company (as most launches now are for private commercial purposes) must clean up debris from their venture where and when it falls to Earth. As for the debris and dead satellites still orbiting, there are no rules for recovery and removal.

Many in the space community are now saying a long-term view should be adopted with regulations for space before the situation becomes uncontrollable.