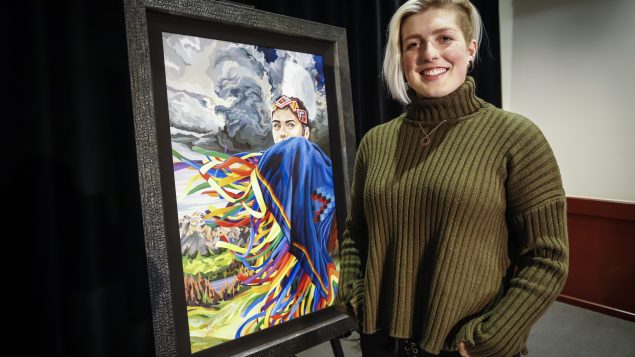 The 2021 Calgary Stampede poster, created by 22-year-old Calgary artist Lexi Hilderman, features a young Indigenous dancer with rainbow ribbons flowing from her regalia, inspired by the image of Katari Righthand from the Siksika First Nation. Hilderman says it's meant to symbolize the passing of the storm and recognize resiliency and optimism. Cancelled this year, the Stampede is tentatively set to resume next July. (THE CANADIAN PRESS/Jeff McIntosh)

The Calgary Stampede, a victim of the pandemic, unveils its 2021 poster

One of the best-known casualties of Canada’s COVID-19 pandemic was the world-famous Calgary Stampede, a rodeo and festival that bills itself as “The Greatest Outdoor Show on Earth.”

This year’s edition was cancelled in April.

On Tuesday, organizers unveiled a poster “meant to convey resilience, optimism and the passing of the storm,” as they continued to firm up plans to revive the the Stampede next July.

The artist, 22-year-old Lexi Hilderman, told a press gathering Tuesday the image was inspired by a young woman named Katari Righthand from the Siksika First Nation. 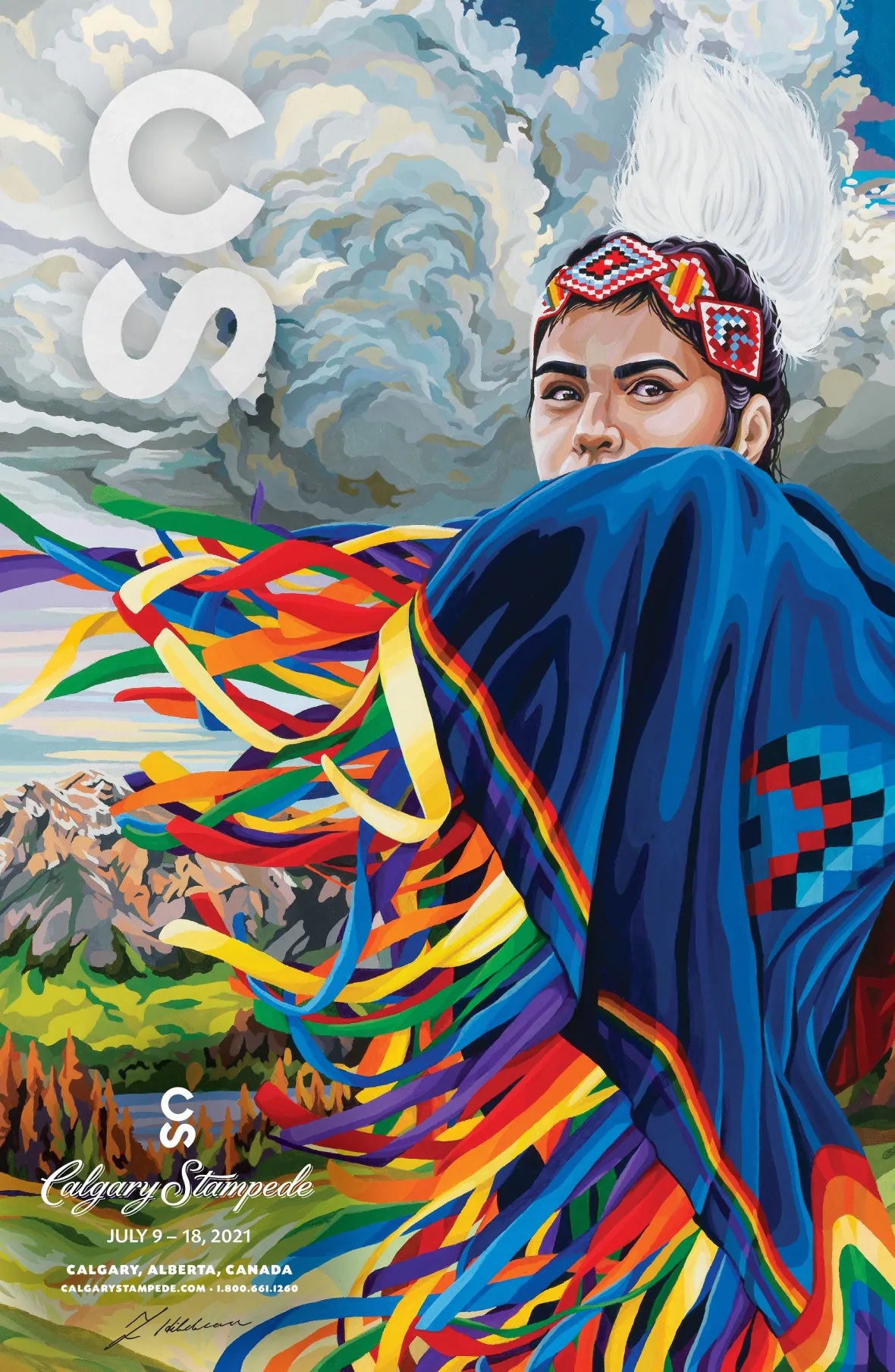 Hilderman learned that Righthand was given the name Nààpiwa otó piim Akikowan (Rainbow Girl) in 2013 in the wake of the southern Alberta floods, representing hope after a storm.

“I wanted to show her standing strong, looking forward with determination,” Hilderman told the gathering.

“To me this image is about optimism, and also a representation of youth carrying on their legacy and the legacy of the Calgary Stampede’s celebration of the arts, culture and community.”

“Thinking about even the 2013 floods and comparing that to now, where we are in this pandemic, it’s really important to have some sort of beacon of hope and optimism and something stable so we can move forward.”

The 2013 flooding devastated parts of Calgary and other areas in southern Alberta, but the Stampede went ahead that year, as it did through the Great Depression and the Second World War.

It was the first time the Stampede had been cancelled since 1923.

As the winning artist, Hilderman was awarded a $10,000 scholarship.

In a normal year, the Stampede attracts more than 100,000 people a day over its 10-day run, which includes a parade, a fair, a midway and a nightly rodeo.

In recent years the rodeo has come under criticism for what animal activists say is the mistreatment of animals, especially the horses used in chuckwagon races.

According to the Conference Board of Canada, the Stampede pumps $540 million into the provincial economy annually.

Next year’s Stampede is tentatively scheduled for July 9-18.

With files from CBC News, The Canadian Press (Bill Graveland)