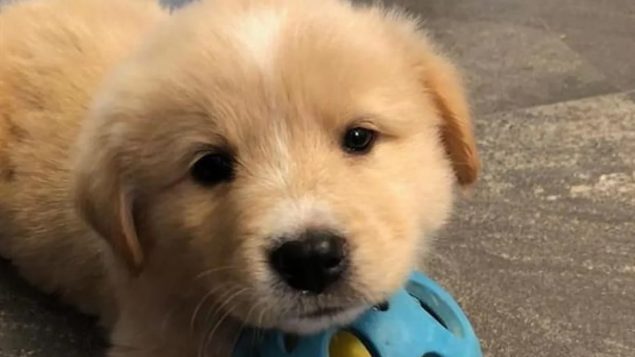 People stuck at home are looking for companionship and this has led to spike in people wanting to adopt pets pets such as dogs. The huge demand has pushed up prices, and that in turn has attracted a criminal element (SPCA)

Those three words may seem like a strange connection, but something is happening in society to bring them together

Since the pandemic has obliged large numbers of people to spend much or most of their time at home isolated and/or working from home, the human need for companionship has grown along with feelings of loneliness.

This has translated in many cases into people looking for a pet, often a dog, Also in many cases, animal shelters now have far fewer dogs for adoption and when they do, the animals are quickly chosen.

Puppies are cute and cuddy and demand has also has risen enormously. This in turn has driven up prices. Purebred and desired breeds are usually offered for sale online in Canada with a common price being in the $2,000 range. 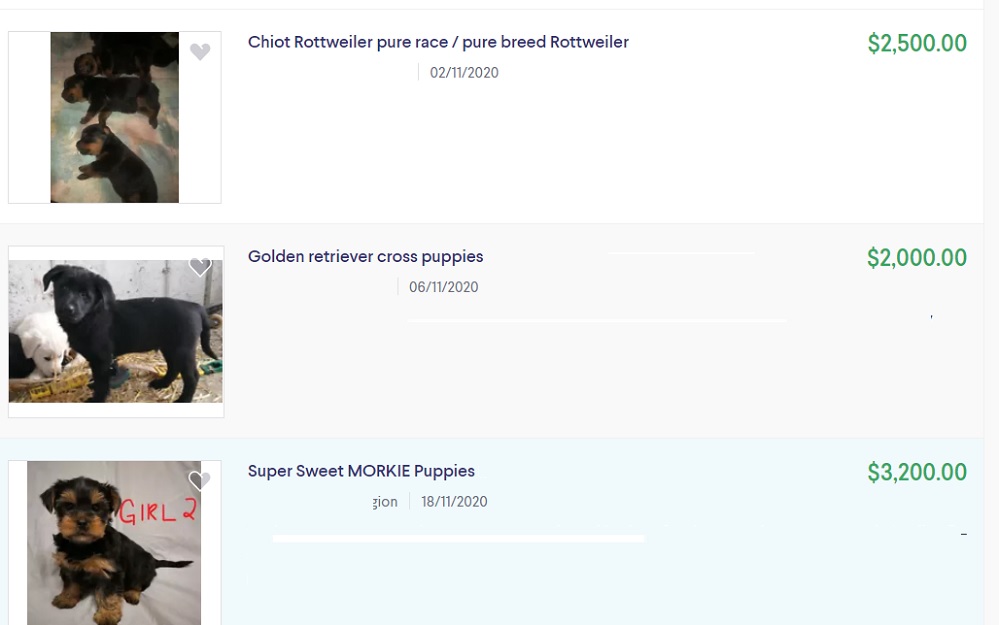 Example of puppies for sale and prices on a popular sales website in Canada.

Where there’s money, there are criminals.

Recently a breeder in the Toronto area offered two Maltese poodle puppies for sale at $3,400 each. Two men arrived at his home, and during the discussion one pulled out what appeared to be a pistol took one of the dogs and ran away.

A similar type of attempted theft  took place recently in King Township north of Toronto. A women had driven to a convenient parking lot and had sold one puppy for $3,500  when another car drove up beside, A man got out, assaulted her and grabbed the remaining cage and puppy. In that case she gave chase in her car and the criminals tossed the puppy in the carrier out the car window. The animal was shaken but unhurt.

But the crime works both ways.

The other side are fake breeders who offer puppies for sale online, but don’t really have any for sale. These involve advertisements for a puppy and requests for pre-payments. Often COVID is used as an excuse to prevent actually coming to see the animal which would be supposedly delivered by courier.

The Canadian Press is reporting that Canadians have lost about $300,000 so far this year to fake breeders, double the amount in all of last year.

These kinds of thefts and scams are occurring all over.

A story in the BBC notes dog and puppy thefts in the UK in the first six months of the year doubled or tripled in some cases compared to the same time last year.

Quoted in the BBC Wayne May from the organisation ‘Dog Lost’ – said, “I’ve been doing this for 30 years now and it’s the worst ever year I’ve known Unfortunately, due to lockdown, people are at home more and they’re looking for companion animals to take up their time.  Sadly the criminals capitalised on this. It’s pushed the price of dogs and puppies up in general, which has inadvertently sparked a high rise in dog thefts.”

.One suggestion by police to avoid a scam is to copy the photo in the online add and put it in a photo search engine. if the same image pops up on other sites, its a indication of a possible scam