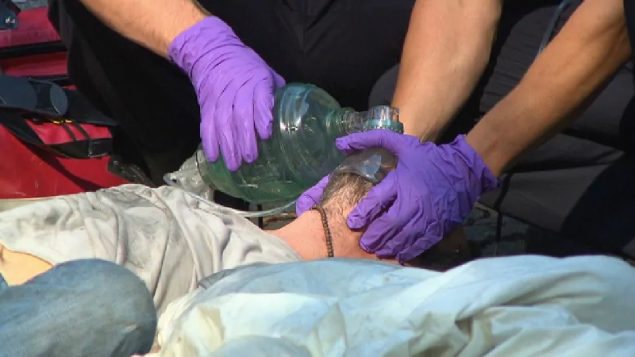 This is National Addictions Awareness Week

While headlines across the country describe an increase in COVID-19 infections and concerns of medical professionals and new government imposed restrictions on gatherings and businesses, another deadly public health issue is occurring overshadowed by the pandemic.

Sunday marked the start of National Addictions Awareness Week in Canada, and there is great concern that deaths from drug overdoses have been increasing dramatically during this pandemic.

Portage is a non-profit organisation operating several rehabilitation centres in Quebec, Ontario and the maritime provinces. It says the effects of isolation, anxiety and loneliness resulting from the pandemic have exacerbated an already serious problem of drug addiction. In a press release it notes that deaths from overdose have increased 27 per cent in Ontario just during the first three months of emergency lockdowns. Figures from the chief coroner’s office are even higher at 35-40 per cent above the previous year

The Public Health Agency of Canada (PHAC) websites states that the opioid overdose crisis is “one of the most serious public health crises in Canada’s recent history”.

It lists three likely causes for an increase in opioid use and overdose deaths.

This tragic increase comes after a 13 per cent decrease in fatal opioid overdoses between 2018 and 2019. 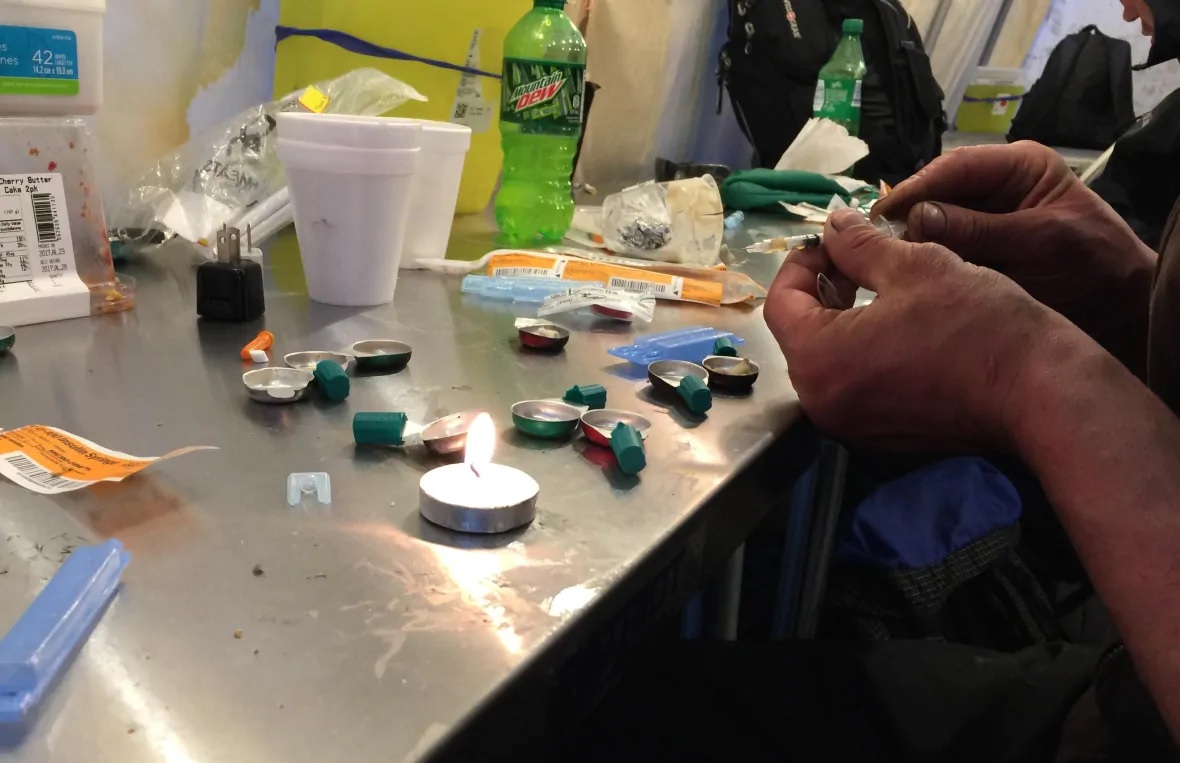 A safe injection site is pictured in Vancouver in 2017. More access to overdose prevention and supervised consumption sites should be some of the next steps forward in B.C.’s fight against the overdose crisis, according to a study in the CMAJ in August. However, emergency COVID regulations have meant less access to safe sites for addicts (David Horemans/CBC)

Dr. Alexis Crabtree is a resident physician in public health and preventive medicine at the University of British Columbia. The west coast province is where the overdose situation has seen more than 100 opioid-related deaths every month since the pandemic shutdowns began in March.  The months of May, June, and july saw over 175 deaths according to PHAC statistics. The June toll of 181 represents a 138 per cent increase over June of 2019. Quoted in the Canadian Press Dr Crabtree said, “Since COVID, we’ve seen things get much worse. The level of adulteration of the drug supply has increased,”

Mark Haden, an adjunct professor at UBC’s School of Population and Public Health. also quoted by the Canadian Press said, “The more connection you have with people who care about you, the less likely you are to develop an addiction, and right now we’re disconnecting”.

The Canadian Centre on Substance Use and Addiction (CCSA) is aware of that disconnect. Last year the addiction awareness week campaing slogan was “Stigma ends with me”, this year’s slogan is, “Change begins with me”.

On their website CCSA CEO Rita Notarandrea says,  “The reality is that many experiencing the harms of substance use may not feel safe seeking help because of the judgment and stigma associated with substance use and addiction in our society and our health systems. As a result, many wait years before they do. Our neighbour, friend, colleague or family member may want help. We may not even realize that someone we know is struggling. However, we have the opportunity to open the door. We have the opportunity to make a positive change in our own environments — big or small — to help those experiencing the harms of substance use so that they feel that they are supported and can seek and receive the care they need and deserve in a non-judgmental way — so that they can take a step towards wellness”.

One suggestion is to make prescription opioids more available. This suggestions is based on a study in August in the Canadian Medical Association Journal, (CMAJ) showing that those prescribed drugs  like  methadone and buprenorphine in their system have a lesser record of  overdose.

A second suggestion is to declare the opioid overdose crisis as a public health emergency which would result in improved addict access to treatment and recovery.  This would also enable wider use of overdose reversing drugs like naloxone

Another suggestion is to de-criminalise the drugs in an effort to  keep users from hiding in the underground and with black market criminal elements. British Columbia’s Chief Health Officer has called on the provincial government to allow for possession of small amounts of drugs. She say this would reduce the criminalisation of individuals, noting that jail is like a school for criminals where people make further criminal connections.  De-criminalising possession of small amounts of drugs would stop the process of dragging people further into the criminal justice system.