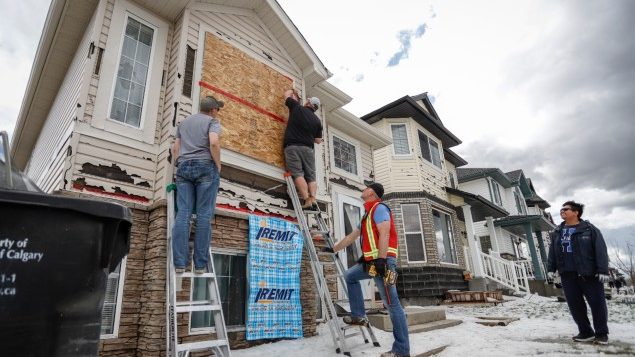 Extreme weather events in 2020 have cost Canadians millions and the economy billions, said the government of Canada’s senior climatologist David Phillips at an online news conference. He said for the insurance industry alone, there were nine catastrophes costing 2.5 billion dollars. In presenting the top ten weather stories of the year, Phillips said there were actually 93 extreme events that could have made the list. He called 2020 a destructive and disruptive year and “a most impactful year on the numbers of Canadians affected by the weather.”

Hail the size of tennis balls

The number one event was a storm on June 13 in the western city of Calgary, which at the best of times, is known as the hailstorm capital of Canada. This storm generated winds of 70 km/hr driving hail the size of tennis balls crashing through the windows of cars and homes and toppling threes. Where property was insured, claims totalled 1.3 billion dollars. This was considered the most damaging hail storm in Canadian history. 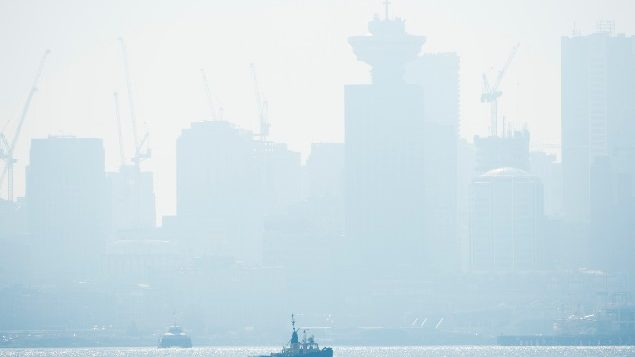 Smoke from wildfires burning in the northwestern U.S. blanketed the western city of Vancouver on September 8, 2020. (Jonathan Hayward/The Canadian Press)

‘Smoke…produced some of the dirtiest, foulest air in the world’

Ranked next was a thick blanket of smoke that, in September,  drifted over the western province of British Columbia from what Environment Canada deems were “climate-induced wildfires” in California and the U.S. Northwest. “Four million British Columbians had to breathe and taste and smell this choking  smoke that produced some of the dirtiest, foulest air in the world,” said Phillips, adding that it is unknown what the long-term effects might be on people’s health.

Ranked third was what Phillips calls Fort McMurray’s Flood of a Century. In April, the mighty Athabasca River in the western province of Alberta was choked by a 25-km ice jam.This caused water levels to rise by between 4.5 and six meters flooding downtown Fort McMurray.  Citizens who had been asked to stay at home because of the pandemic were suddenly told to evacuate.The mayor called it a once-in a century event.

Fourth were the “relentlessly hot temperatures” which persisted for most of the summer in eastern Canada. Toronto had 15 tropical nights where it usually has four and Ottawa had four day where the temperature went above 35 C. It was a first in 40 years. 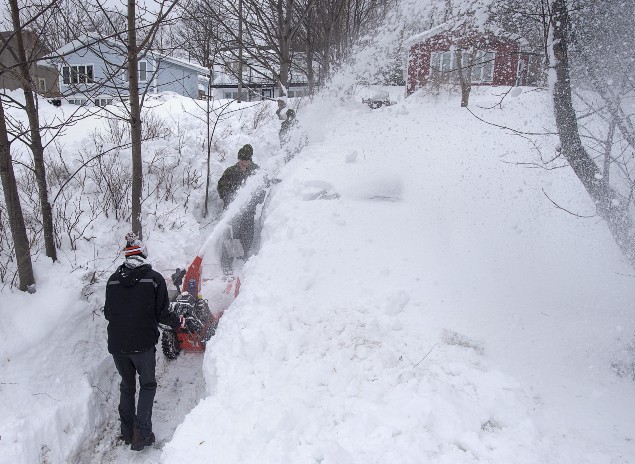 In January 2020, soldiers were called in to help residents clear snow that sent the eastern city of St. John’s into a week-long state of emergency. (Andrew Vaughan/The Canadian Press)

A blizzard that lasted 18 days

Fifth was what Phillips calls St. John’s Snowmageddon.  The eastern city of St. John’s endured a blizzard that lasted 18 days and dumped more than 76 cm of snow on this capital of the province of Newfoundland and Labrador. The snow was driven by winds of 164 km/hour which caused it to pile up sometimes reaching the roofs of houses.

Other events on the list included a hurricanes, tornadoes, and a series of storms in August that plagued Canadians in the east and the west who were supposed to be enjoying a civic holiday.