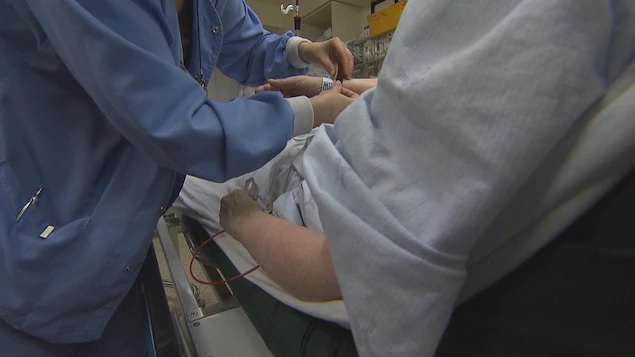 A large study conducted by the Montreal Heart Institute concludes that colchicine, an anti-inflammatory medication long used to treat other disease, including gout, is effective in preventing complications from COVID-19, including hospitalizations, intubations and death. (PHOTO: RADIO-CANADA)

Colchicine, an anti-inflammatory, may be big asset in pandemic fight: study

New research led by Canadian scientists suggests that an anti-inflammatory medication on the shelves of pharmacies around the world could help millions of people suffering from COVID-19 and as well as go a long way to lowering the number of people taken to hospitals.

The research–from the Montreal Heart Institute–suggests that colchicine, long used to treat other diseases, including gout, is an “effective oral drug to treat out-of-hospital patients.”

“Colchicine is old as it is–we’ve been treating gout with it for hundreds of years–so it’s available in pharmacies,” Dr. Jean-Claude Tardif, director of the Montreal Heart Institute’s research centre, said in a statement.

“So any doctor, tomorrow, who reads this can definitely decide to prescribe if he wants.” 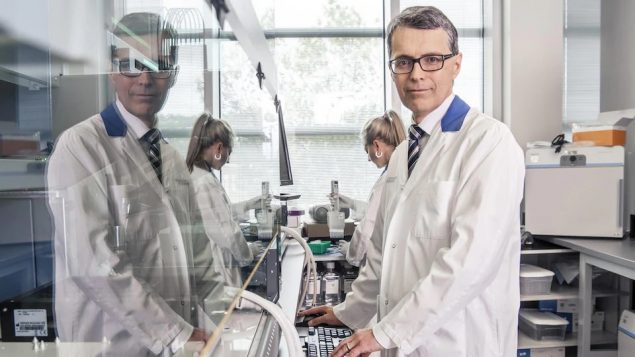 Cardiologist Jean-Claude Tardif the director of the Montreal Heart Institute’s research centre, says he believes that the result of the study is convincing. (PHOTO: RADIO-CANADA/CATALIS)

The study, entitled ColCorona, found that colchicine helped reduce hospitalizations by a quarter, the need for mechanical ventilation by half, and deaths by 44 per cent.

“These results are substantial, they are robust, and we believe are compelling to justify the use of the colchicine,” Tardiff said.

“I believe this will have a fairly swift impact on how we practice medicine for patients that have COVID and are not yet hospitalized.”

It involved 4,159 patients whose COVID-19 diagnoses were confirmed by a polymerase chain reaction (PCR) test. 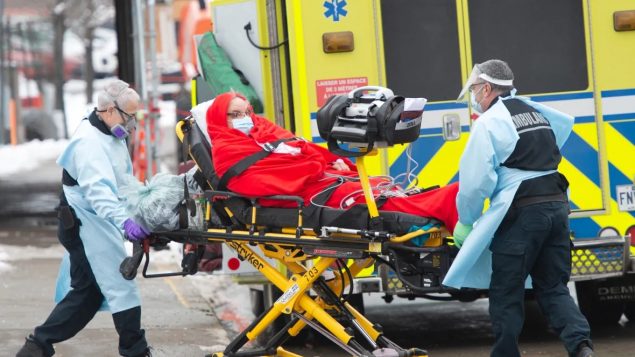 Researchers with the Montreal Heart Institute found that Colchicine helped reduce hospitalizations by a quarter, the need for mechanical ventilation by half, and deaths by 44 per cent. (THE CANADIAN PRESS/Ryan Remiorz)

“This is the first hope for patients who have COVID, who are worried and who hope that they will not have complications,” Tardiff said, noting that previously “there were no tablets that could be taken by mouth and reduce the risks.”

According to Tardiff, “Our study showed the effectiveness of treatment using colchicine to prevent the phenomenon of the major inflammatory storm and reduce complications related to COVID-19.”

Patients involved needed to be over the age of 40 and have at least one risk factor for possible complications.

“It was a double-blind study, meaning neither the patient, nor the team that ran the study, including me, knew whether the patient was taking the placebo or the drug,” Tardif said.

The study was launched last March and cost $14 million.

Along with the governnent of Quebec, funding was provided by the COVID-19 Therapeutics Accelerator, a fund with donors that include the Bill & Melinda Gates Foundation, Mastercard, the Chan Zuckerberg Initiative and Madonna.

The original goal was to recruit 6,000 participants, but Tardif said the researchers settled on a lower number because of the urgency of the pandemic.

Researchers are preparing to publish the findings in a scientific journal.