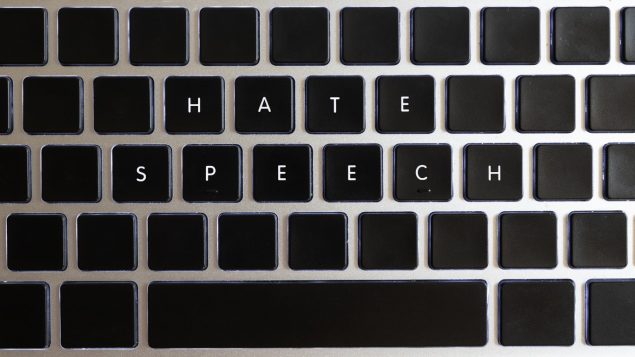 Canadians are increasingly concerned about the rise of online hate speech and extremism according to a new survey conducted by the Canadian Race Relations Foundation and Abacus Data. (iStock/Mateusz Kropiwnicki)

Canadians are concerned about the rise of online hate speech and extremism, according to a new survey conducted by the Canadian Race Relations Foundation and Abacus Data.

The survey, published Monday, was conducted with 2,000 Canadian residents from Jan. 15 to Jan. 18. It found that 93 per cent of respondents said that online hate speech and racism are problems, including 49 per cent that believe that they are very serious problems.

“Hate speech and racism are things that have always been with us, but social media platforms allow them to be disseminated under the veil of anonymity to much wider audiences,” Executive Director of the Canadian Race Relations Foundation Mohammed Hashim said in a press release.

“The fact that most Canadians see this as a problem, is all the more reason why our government needs to make online hate speech regulation a policy priority.”

The poll found that 42 per cent have seen or experienced content or comments that incites violence online.

According to the survey, younger Canadians, aged 18 to 29, are more susceptible than older Canadians to have directly received or witnessed name-calling, racist, homophobic, sexual harrassment and physical threats because they are more likely to engage in social media platforms daily than other age groups.

“The data collected in this poll is proof that most Canadians have seen what has been happening in the [United States] over the last few years and are concerned with the damage that type of extremism could cause in the Canadian context,” said Hashim. “It is also evidence that Canada is far from immune to online expressions of hate and racism.”

The poll also found that a majority of respondents are in favour of regulations that could help prevent the spread of online hate speech.

According to the survey, 80 per cent of respondents said that they supported requiring social media companies to remove racist or hateful content within 24 hours of it being identified, 79 per cent supported strengthening laws to hold people accountable for what they say and do online, and 78 per cent supported requiring social media companies to remove users who have shared racist or hateful content on their platforms.

“While there is legislation around hate in the real world, cyberspace has not received the same level of legislative diligence,” Hashim said. “We are encouraged that Canadians appear to be willing to support a strong framework for ensuring we minimize hate and harassment—even in the darkest corners of virtual society.”