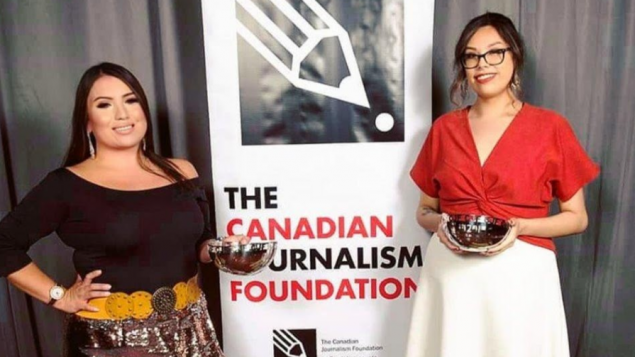 Indigenous journalists with between one and 10 years of experience are invited to apply for one of two fellowships offered by The Canadian Journalism Foundation (CJF) and the news department of the public broadcaster, CBC. The CJF was founded in 1990 with a stated goal of promoting, celebrating and facilitating excellence in journalism.

The fellowships offer a chance for journalists to explore Indigeous issues while working with CBC’s Indigenous Unit in the western city of Winnipeg. They are given a $4,000 stipend plus an allowance for meals. Travel and accommodation is covered by the CJF. Because of the pandemic, the fellowships may be conducted remotely. 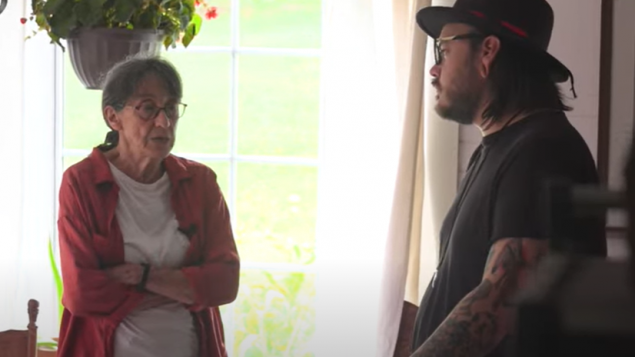 Logan Perley (right|), now a reporter with CBC in the eastern province of New Brunswick prepared a report on the challenges of revitalizing the Indigenous language, Wolastoqey. (CBC)

Past recipients chose a variety of topics

One of the past recipients, Charnel Anderson, prepared a piece on How Georgina Island First Nation took back control of its lands and resources. She is now a staff writer with TVO, an educational channel in the province of Ontario. Logan Perley, now a reporter with CBC in the eastern province of New Brunswick prepared a report on the challenges of revitalizing the Indigenous language, Wolastoqey. And Ntawnis Piapot, also a reporter with CBC in the western province of Saskatchewan looked at universities’ commitment to Indigenization.

The deadline for applications is February 19, 2021.  Among the jury members is Duncan McCue  who is a CBC radio host, Lenard Monkman is an associate producer with CBC Indigenous, Tanya Talaga is president and CEO of Makwa Creative, Maggie Wente is an Indigenous rights lawyer and Karyn Pugliese is an assistant professor of journalism at Ryerson University. The award is made possible with the support of Canada’s second largest food retailer, Sobeys Inc.

The Canadian Journalism Foundation offers several other kinds of fellowships. This year’s recipients will be celebrated at a virtual awards ceremony on June 9, 2021.