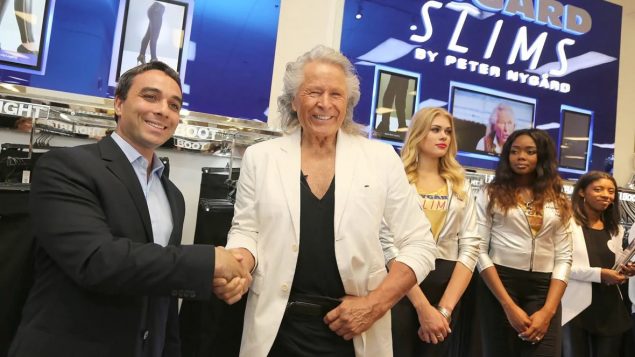 Peter Nygard, second from left, is pictured at a business event in Winnipeg, his hometown, in 2015. Once considered one of Canada's richest men, he now now resides at Headingley Correctional Centre, west of the Manitoba capital. (THE CANADIAN PRESS/Sears Canada)

It appears, Peter Nygard, the now-disgraced former fashion icon will be spending his final stint in Canada at Headingley Correctional Centre, west of Winnipeg–the town where he grew up and began the business that eventually won him world-wide notoriety.

The 79-year-old Nygard has been behind bars since mid-December when he was arrested in Winnipeg at the request by the United States Attorney’s Office for the Southern District of New York, which wants him extradited.

He faces nine charges, including racketeering and sex trafficking for crimes that took place over 25 years and involved dozens of victims–including some who were underage–in the U.S., Canada and the Bahamas.

On Friday, Manitoba Court of Queen’s Bench Justice Shawn Greenberg denied Nygard bail, something his lawyers have been attempting to win for him for the past month. 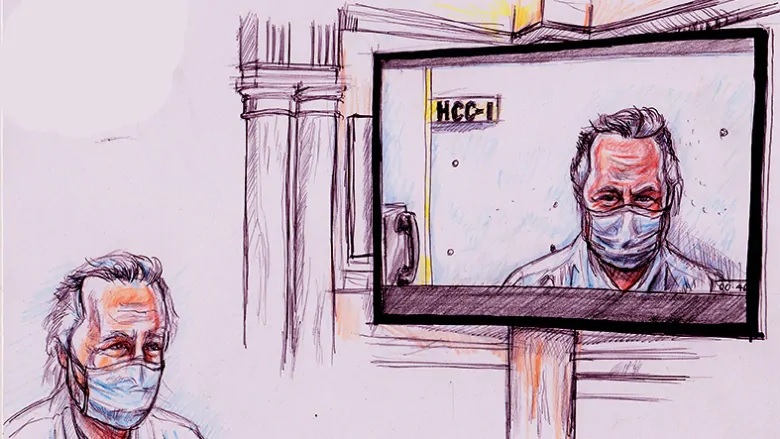 Nygard, 79, is seen in a courtroom sketch at a Jan. 28 bail hearing via video link from Headingley Correctional Centre. (Tadens Mpwene/La Liberté Manitoba)

Greenberg said that while she was satisfied that a revised bail plan that included an in-home security guard and 24-hour video surveillance, she was concerned that Nygard might tamper with evidence.

“It appears he continues to use his employees to facilitate deception,” Greenberg said adding that she was concerned about his failure to appear in court in the Bahamas on several occasions,” she said.

In addition to the criminal charges, Nygard is the subject of a class-action lawsuit in the U.S. involving 57 women, including 18 Canadians.

The lawsuit, which was stayed in August, accuses Nygard of rape, sexual assault and human trafficking and alleges that he used violence, intimidation, bribery and company employees to lure victims and avoid accountability.

In addition two of his sons have filed a lawsuit against him, claiming they were statutorily raped at his direction as teenagers.

Nygard stepped down as chairman of his company, Nygard International in February after the FBI and police raided his home in Los Angeles and his company’s headquarters in New York.

U.S. authorities have until Feb. 12 to make a formal request for Nygard’s extradition.

Canadian authorities have 30 days to decide whether to proceed after they receive the request.

Ngard has denied all charges.