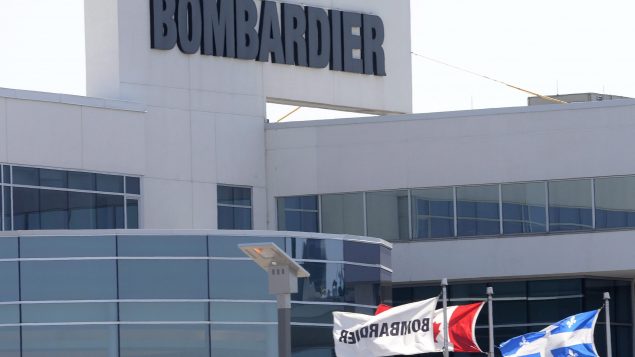 Flags fly outside a Bombardier plant in Montreal, on May 14, 2015. (Ryan Remiorz/THE CANADIAN PRESS)

Embattled Canadian aerospace company Bombardier says it will cut another 1,600 jobs this year and stop making Learjets, the iconic family of business jets that’s been around since the 1960s.

The Quebec-based company announced the moves in posting its quarterly financial results, which showed the company lost $337 million US in the last three months of 2020.

The job cuts will bring Bombardier’s total workforce down to about 13,000 people around the world, the company said.

“Workforce reductions are always very difficult, and we regret seeing talented and dedicated employees leave the company for any reason,” said Éric Martel, the company’s president and chief executive officer.

“But these reductions are absolutely necessary for us to rebuild our company while we continue to navigate through the pandemic.”

The 1,600 job cuts include reductions related to improvements in manufacturing its flagship Global 7500 jet, the company said. Halting the production of Learjets will help Bombardier focus on its more profitable Challenger and Global aircraft families and accelerate the expansion of its customer services business, it added. 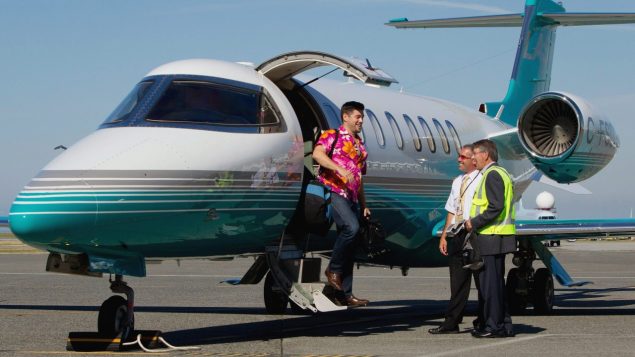 “With more than 3,000 aircraft delivered since its entry-into-service in 1963, the iconic Learjet aircraft has had a remarkable and lasting impact on business aviation,” said Éric Martel, president and CEO of Bombardier Inc. (Darryl Dyck/THE CANADIAN PRESS)

The International Association of Machinists and Aerospace Workers (IAMAW), the trade union that represents many of the workers who are being laid off, said union officials will be discussing with Bombardier to see what can be to minimize the impacts of these layoffs

“I have been working in the union environment for over 30 years and it still hurts to see my sisters and brothers lose their jobs,” said the Quebec coordinator of IAMAW David Chartrand. “These are difficult times, with the downturn in the aerospace industry right now, no one is spared.”

Nevertheless, Chartrand pointed the fingert at the Liberal government of Prime Minister Justin Trudeau, accusing it of neglecting the country’s aerospace industry.

“The federal government’s inaction on this issue is irresponsible and historic,” Chartrand said. “Help has been requested for almost 12 months and the federal government has shown no sign of life. Meanwhile, the other G7 countries have long since put measures in place.”

Unifor, which represents more than 3,000 Bombardier Aerospace workers at facilities in Montreal and Toronto, said the situation underscores the urgent need for a national aerospace recovery plan.

“Unifor continues to urge the federal government to implement the union’s comprehensive recommendations for the Canadian aerospace sector immediately,” the trade union said in a statement.

“We’ll continue helping businesses weather the impacts of COVID-19 and will always stand up for our aerospace workers,” Champagne tweeted on Thursday.

Sad news today for @Bombardier workers impacted by layoffs. I’m working with key aerospace stakeholders to ensure a strong recovery focused on job creation. We’ll continue helping businesses weather the impacts of COVID-19 and will always stand up for our aerospace workers.

Bombardier has shed assets in recent years, transforming itself from plane and train maker to business jet manufacturer, to restore profitability and cut debt, after facing a cash crunch in 2015.

Bombardier was forced to sell its CSeries narrow-body jet airliner business to Airbus and it recently sold its train-making business to European conglomerate Alstom for $3.6 billion to focus on its business jet portfolio.

Bombardier reported a 19.7-per-cent fall in business jet deliveries to 114 in 2020, in line with industry trends. But 2020 revenues from corporate aircraft activities rose 3 per cent, helped by year-end deliveries of Global 7500 jets and a rebound in demand.

Revenues from its business aircraft activities in 2021 are expected to be better than 2020 based on a gradual economic recovery scenario, Bombardier said.

Bombardier stock dived 11 per cent to $0.65 per share in morning trade on the Toronto Stock Exchange.