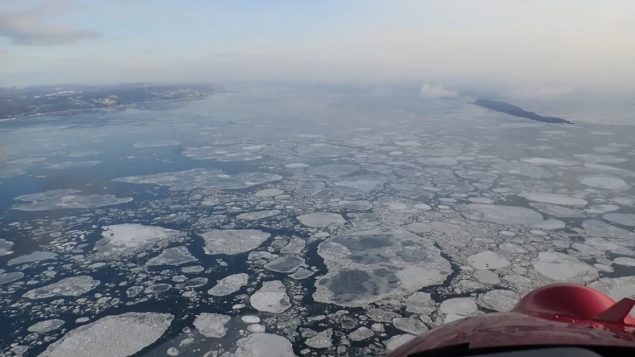 A photograph taken Feb. 10 shows some ice floes in the estuary of the St. Lawrence River, located upstream of the Gulf of St. Lawrence in Quebec. (Environment and Climate Change Canada)

More problems are reported as the Gulf of St. Lawrence continues to warm

People who live nearby and fishers who ply their trade in the region are facing more problems and repercussions as a result of warming waters in the already-troubled Gulf of St. Lawrence.

Last month, a report by Fisheries and Oceans Canada found that water temperatures were at their highest level in over a century, since 1915, when scientists began keeping records in the region.

Now, Environment and Climate Change Canada reports–not surprisingly–that just one per cent of the Gulf is currently covered in ice–at a time of year when it’s normally about a third covered.

That’s a record low amount of Eastern Canadian sea ice by a wide margin, and it’s almost five per cent less ice than in 2006, the previous record year for the second week of February.

“Despite the recent stretch of cold weather, this winter has been very warm so far and the lack of sea ice in the Gulf of St. Lawrence is concerning,” CBC meteorologist Jay Scotland told the CBC’s Kevin Yarr. 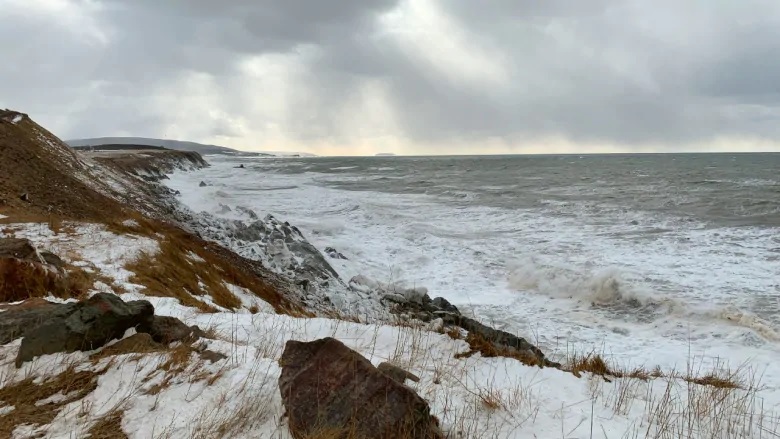 There is very little ice to be found along the western shore of Cape Breton near Grand Étang. Lack of ice has far-ranging percussions for fisherman and residents in the Gulf of St. Lawrence. (Brittany Wentzell)

When ice covers the Northumberland Strait, Marr reports, it cools down the water underneath, allowing scallop beds to thrive.

As well, a healthy ice cover serves as a barrier against waves during winter.

Without it, waves crash directly onto fragile dunes and that can lead to shoreline erosion, Garrett Mombourquette, a climate change specialist with Parks Canada, told Yarr.

Mombourquette added that it is still too early to know the full extent of erosion taking place as a result of missing ice.