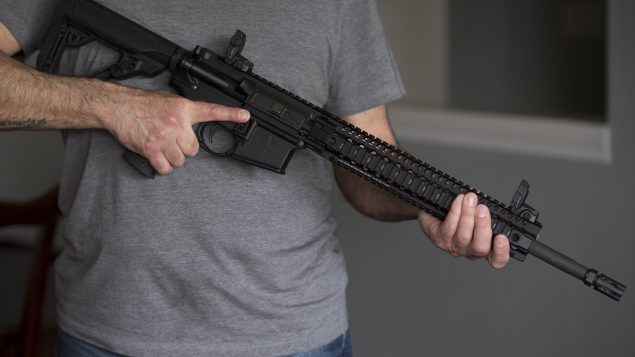 A restricted gun licence holder holds a AR-15 at his home in Langley, B.C. Friday, May 1, 2020. The federal government introduced new gun control legislation today that would introduce a buy-back program for blacklisted firearms, such as the AR-15, allow municipalities to ban handguns and increase criminal penalties for gun smuggling and trafficking. (Jonathan Hayward/THE CANADIAN PRESS)

Gun control activists in Canada reacted with “anger and dismay” on Tuesday to the Trudeau government’s proposed legislation to toughen the country’s gun laws, accusing the Liberals of backtracking on their promise to remove all newly blacklisted firearms from circulation.

In May of 2020, the Liberals announced a ban on the use, sale and importation of more than 1,500 makes and models of what the government refers to as military-grade “assault-style weapons.”

“We will move forward with a buy-back program in the coming months and complete the prohibition to ensure these weapons cannot be legally used, transported, bequeathed, transferred, or sold,” Trudeau told a news conference in Ottawa.

“Getting these weapons off our streets and out of the hands of criminals means less violence.”

‘They lied to us’ 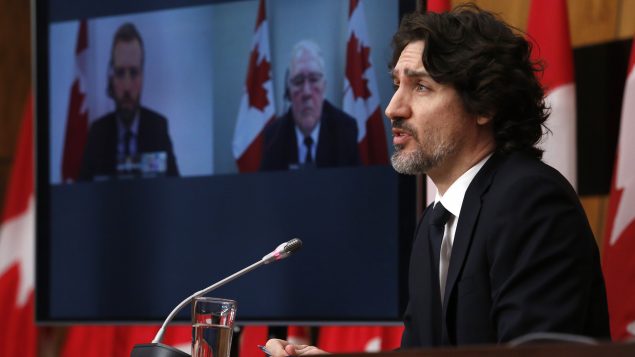 However, families of victims of the 1989 Montreal Polytechnique massacre decried Trudeau’s decision to opt for a voluntary buyback scheme instead of a mandatory program similar to the one adopted by New Zealand following the 2019 Christchurch massacre, the country’s deadliest terrorist attack.

“This is a total betrayal. My family and I have fought for three decades to ban these weapons,” said Suzanne Laplante Edward, whose daughter Anne-Marie was one of 14 young women shot and killed at Polytechnique on Dec. 6, 1989.

“We thought we had won in the fall of 2019 when the Liberals announced with much pomp and circumstance that they would ban and buyback all of these killing machines. They lied. They lied to us. They lied to Canadians.”

Nathalie Provost, who survived the massacre and is part of the PolyRemembers gun control group, said without a mandatory buyback program, tens of thousands of fully functional assault weapons will remain in circulation for decades to come.

“It doesn’t matter that gun owners won’t be ‘allowed’ to use them,” Provost said. “The point is they can. And it only takes one to cause a massacre.”

“We saw what works, and what doesn’t, all while taking into account the realities here at home,” Trudeau said. “And from this, we’ve charted a plan of action.”

These laws would allow concerned friends or relatives to apply to the courts for the immediate removal of an individual’s firearms, or to ask a Chief Firearms Officer (CFO) to suspend and review an individual’s licence to own firearms, Trudeau said.

The Canadian Association of Emergency Physicians (CAEP) said it was “disappointed” by the bill, arguing the proposed legislation doesn’t go far enough with respect to the “red fag laws.”

“Every day, Canada’s emergency physicians encounter people with suicidal ideation, untreated psychosis, substance abuse, potential perpetrators of intimate partner violence and those with impulsive aggressive behaviours,” the association said in a statement. “In any of these clinical circumstances, access to firearms dramatically escalates the potential for serious injury and death.”

Reporting through the CFO has historically been shown to take far too much time, leaving individuals, families, and communities at risk, the statement added.

“For 25 years CAEP has asked for a mandatory reporting of individuals at risk law that would allow the police to temporarily remove firearms from those patients for whom we have concerns for both their safety and the safety of others,” the statement said.

“We have asked that any such law be nimble and responsive to allow immediate temporary relocation of firearms until the patient’s mental health or social crisis has been assessed, treated and resolved.”

Bill 21 fails to meet that required expectation, the statement added.

“Instead, we have witnessed the adoption of the American style Extreme Risk Protection Order which requires either the police or individuals to petition the courts for the temporary removal of firearms from an individual at risk,” the statement said.

The Canadian Coalition for Firearm Rights said that it will comment on the bill “shorty.”