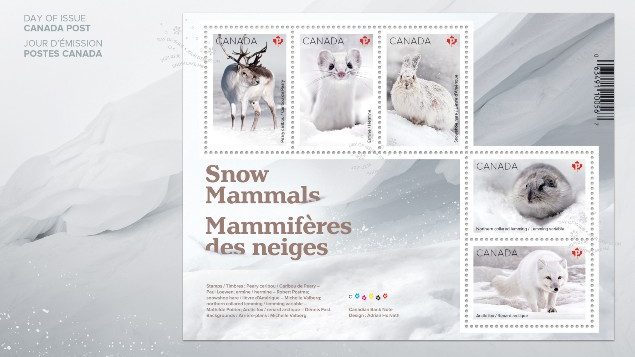 The new stamps feature two predators and three prey animals all of which have coats that turn white to provide camouflage in winter. (Canada Post)

A new set of Canadian postage stamps feature five mammals found in Canada that are especially adapted to winter because their dark coats turn white to provide camouflage in the snow. Among the five, the Arctic fox and the ermine are stealthy hunters that creep up and try to surprise their prey. The snowshoe hare and the northern collared lemming are the dietary staples of many carnivores. And the Peary caribou is also prey that is best off blending into the background to avoid detection by predators.

There are only 19 species found around the world whose coats change colours as the number of daylight hours change. Twelve of those species are found in Canada. The change happens twice a year. The animals’ coats moult at about the time of the first snowfall and grow in white. As the spring melt happens the animals moult again and grow darker fur.

The stamps were designed by Adrian Horwath and depict the animal with its winter coat and habitat. The images of the animals are the work of Canadian photographers.

In the lower left hand corner of each stamp is a hidden set of the specific animal’s tracks as they are seen in fresh snow. They are only visible under ultraviolet (black) light. 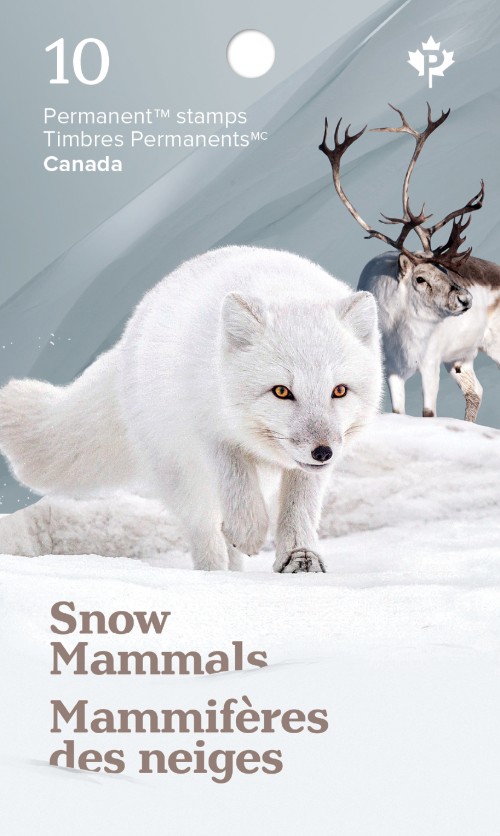 The arctic fox was photographed by Dennis Fast. This animal lives in the arctic and northern regions of Canada and hunts prey that is often under the snow. (Dennis Fast/Canada Post) 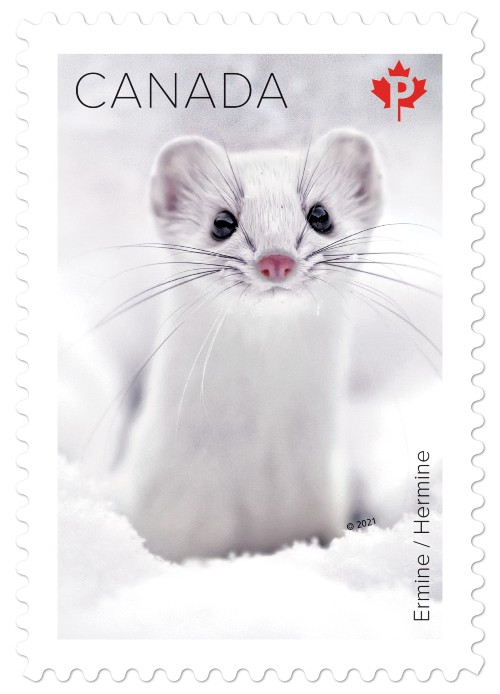 Ermines are rarely seen because they hunt primarily at night. They can chase prey under the snow and through their tunnels. (Robert Postma/Canada Post) 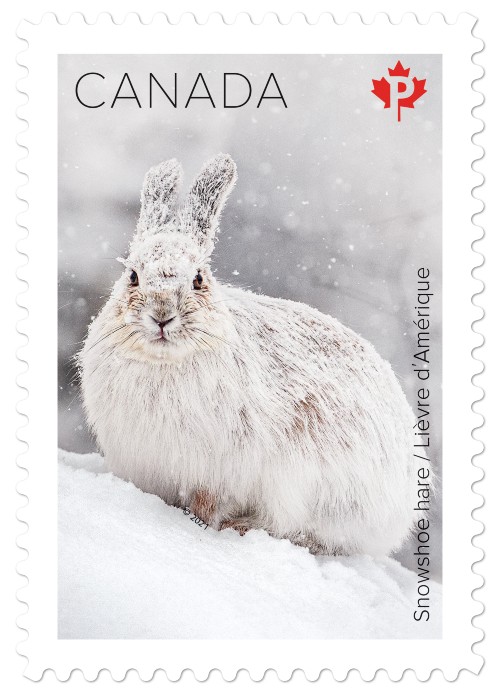 The snowshoe hare has large, furry hind feet which allow it to move easily over the snow. Its small ears contain many veins, which help to regulate body temperature. (Michelle Valberg/Canada Post) 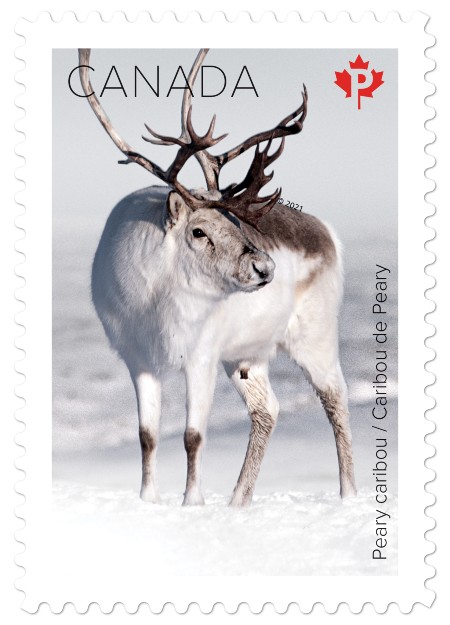 As members of the deer family, the Peary Caribou the smallest of all caribou subspecies. (Paul Loewen/Canada Post) 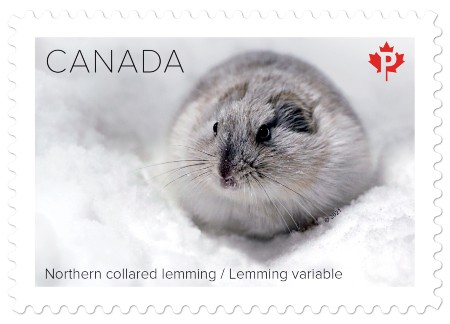 Lemmings are rodents that look like mice and live in the treeless regions in Canada’s North. (Mathilde Poirier/Canada Post)