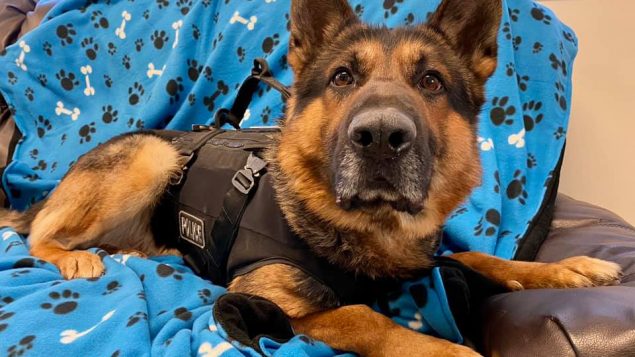 Police Service Dog Oliver has recovered from multiple stab wounds and surgery, and returned to work eight days after the incident. His protective vest saved him from worse injury. (Saskatoon Police Service)

Stabbed police dog back at work

PSD Oliver, a police service dog working for the Saskatoon Police Service in western Canada, has recovered from being stabbed multiple times and is back at work.

On February 3, 2021, Oliver and his handler spotted a suspicious vehicle and tried to stop it. The driver took off at high speed. The vehicle was spotted again further away with the occupants throwing objects out of the window. They allegedly tried to ram police vehicles. Police tried to use tire deflation devices but the driver avoided them and he eventually got stuck in a snowbank.

These were not punches

Oliver and his handler gave chase. The dog caught up with the suspect and at first, it looked like the suspect was punching Oliver. When he caught up, the handler was shocked to see the dog had been stabbed multiple times.

Oliver was taken to the Western College of Veterinary Medicine at the University of Saskatchewan where he had surgery. There were injuries to Oliver’s face and it could have been much worse if the dog had not been protected by a kevlar vest, said Mitch Yuzdepski, Deputy Chief of support Services of the Saskatoon Police Service. 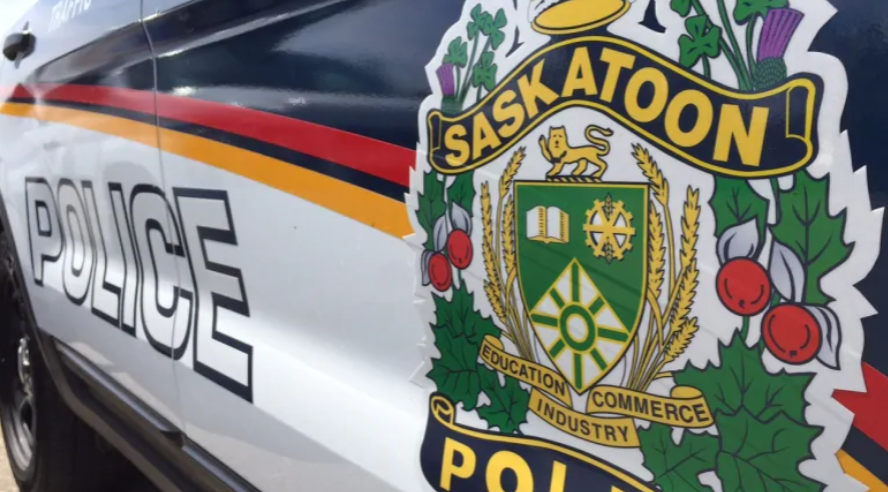 Saskatoon police charged the stabber under a special provision of the Criminal Code of Canada that prohibits harm to police animals. (CBC)

The suspect has been charged under a part of the Criminal Code of Canada (Quanto’s Law) which prohibits the killing or wounding of animals trained and used to help law enforcement officers. The mandatory minimum penalty if one is found guilty is six months in prison.

Oliver and his handler were new to the force having joined in August after their training period which is a minimum of 16 weeks. Like other police service dogs used in medium and large communities across Canada, they were trained to track and apprehend suspects running from a crime scene. Obedience is of prime importance as is agility. Dogs must be able to jump fences that are two metres high. They are also used for the retrieval of objects and some get extra training for detecting drugs and explosives.

Oliver and his handler went back to work on Feb. 11. Yuzdepski says the dog is recovering well and does not appear to have any psychological after effects from the stabbing.

In all, the Saskatoon Police Service has nine canine teams. The dogs usually go home with their handlers and Yuzdepski, who was a dog handler himself, says they form a strong bond.