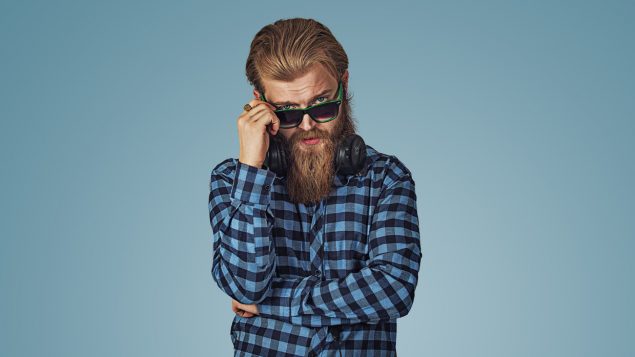 A new survey suggests Canadians are increasingly skeptical about the credibility of leaders and experts. (iStock)

Half of the Canadians polled said that business leaders are purposely trying to mislead people by saying things they know are not true and 46 per cent believe that government leaders are doing the same. Faith in company technical experts and academic experts declined 16 points and in journalists, declined four points. CEOs were down five points less with only 29 per cent believing they are a credible source of information and Boards of Directors ranked last at 29 per cent for an all-time low.

Trust in sources like traditional media, search engines, owned or social media has declined significantly with only traditional news remaining in a neutral position. Nearly half of Canadians believe the new media are trying to purposely mislead them and saying things they know to be untrue. 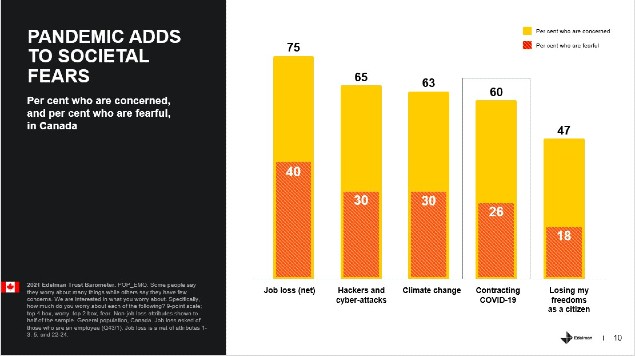 Results of the survey suggest Canadians are most worried about job loss, cyber-attacks and climate change. (Edelman Canada 2021 Trust Barometer)

A lack of ‘information hygiene’ links to vaccine hesitancy

Slightly more than one in three respondents said they were ready to be vaccinated as soon as possible. And 66 per cent were willing to be vaccinated within the year. That is below the estimated minimum of 70 per cent needed to achieve herd immunity.

The survey showed that employer communications had a high level of trust.

As to what Canadians are most worried about, 75 per cent mentioned job loss. Cyber-attacks were mentioned as an area of concern by 65 per cent and climate change by 63 per cent. Only 60 per cent were concerned about catching COVID-19 and almost half were worried about losing freedoms as citizens in a year of pandemic restrictions.

Among the most important issues that respondents felt need to be addressed were improving health care, addressing poverty and combating fake news.

The results were culled from a half-hour online survey of more than 33,000 respondents which included 1,500 Canadians.